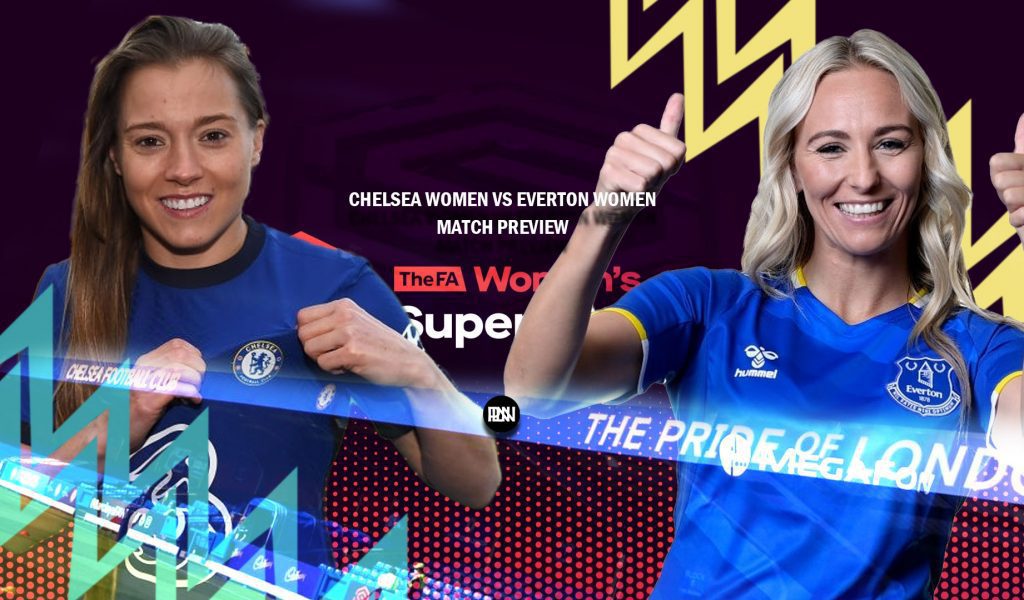 Chelsea Women and Everton Women will both be looking to record their first points of the season on Sunday, losing to Arsenal Women and Man City Women respectively.

After a good transfer window, Everton were humiliated 4-0 by Man City, with the defence being a major problem on the day. Chelsea lost in a closely contested match, where they never went ahead of the Gunners. Poor performances were seen all around from Chelsea and to Emma Hayes’ annoyance, an offside goal from Beth Mead was the winner. In the aftermath of the match, Emma called for VAR to be introduced into the sport. However, many Arsenal fans reminded their title rivals that Magdalena Eriksson would have likely been shown a red card.

Willie Kirk has a lot of options for the weekend fixture, with a lot of experience and youth on his side, it’ll be interesting to see how the Toffees approach the fixture. With captain Lucy Graham and club-record signing Hanna Bennison on the bench against Manchester City, maybe it’s not time to rule out Everton just yet.

Chelsea are obviously a strong squad, but with the club losing 3 out of their last 5 games, they are in a downward spiral. But with Emma Hayes switching from back 3 to back 4 in the middle of last week’s match, it seems that Chelsea are confused about which system to stick to.

The team’s last meeting was in the FA Cup fifth round, with Chelsea winning 3-0 thanks to goals from Sam Kerr, Drew Spence, and Guro Reiten. Everton’s last win against the Blues came in the 19/20 FA Cup with Everton getting a 2-1 and eventually getting to the final where they lost 3-1.

Maren Mjelde is still recovering from getting surgery on her knee injury which she sustained in the Continental Cup final, though is expected to link up with Emma Hayes’ side soon.

A shock victory for Everton?

Everton’s first 11 surprisingly trades blows with Chelsea, they have definitely invested in quality over quantity, with Leonie Maier, Toni Duggan, Aurora Galli, Kenza Dali, and Hanna Bennison all coming in to challenge for the first team instantly. It’s clear that Everton are attempting to break up the top 3’s dominance which has lasted 7 seasons. It’s extremely possible that if Everton further invests next season without a squad turnover, that they could compete for a spot in the Champions League.

The current WSL champions will be looking to instantly bounce back after a loss against title rivals Arsenal. A loss may be devastating, as you can’t afford to mess up in the WSL, with the title usually coming down to single points. The team has retained its quality, with Nouwen replacing Thorisdóttir and Lauren James being a smart upgrade on Emily Murphy. However, Hannah Blundell not being replaced will seem like a costly decision, especially if Niamh Charles doesn’t bounce back and if Aniek Nouwen doesn’t kick on.

With Everton being as good attacking wise as Chelsea, this shouldn’t be a boring 0-0 or 1-0 affair, and we should see some end-to-end action between the teams. Emma Hayes and Willie Kirk would have had some words with their defence after last week’s matches, with 7 goals conceded between them.

After recording six goal contributions in eighteen games for a poor West Ham side, Kenza Dali secured a move to Everton this summer. In her 2 WSL seasons, she has recorded eleven goal contributions in 32 games. A brilliant player on the ball, Kenza has played over a decade of women’s football, with the most notable spell being her 5-year spell at Paris Saint-Germain. She plays as an attacking midfielder and spent the majority of her career with Lyon playing on the club’s reserve team in D3 Féminine, the third level of women’s football in France. A player who knows how to handle a step up in level, Kenza Dali may need to step up against Chelsea.

Chelsea’s new defender Aniek Nouwen may be the key to Chelsea winning the match. The former PSV player may be making her debut against Everton, after a disappointing match from Niamh Charles. An expert on ball playing, she will be able to drag players out of position and create space for Chelsea going forward. The 22-year old’s biggest asset is the way she can body orientation and positioning to cover the space behind the defensive line and her partner. Her intelligence at her age is shockingly good, especially out of possession which is why she is a solid central defender. She averaged 10.14 interceptions and 4.6 clearances per 90 minutes across the Eredivisie and UEFA Women’s Champions League last season. 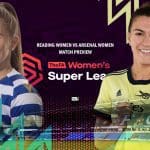 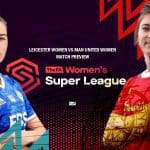