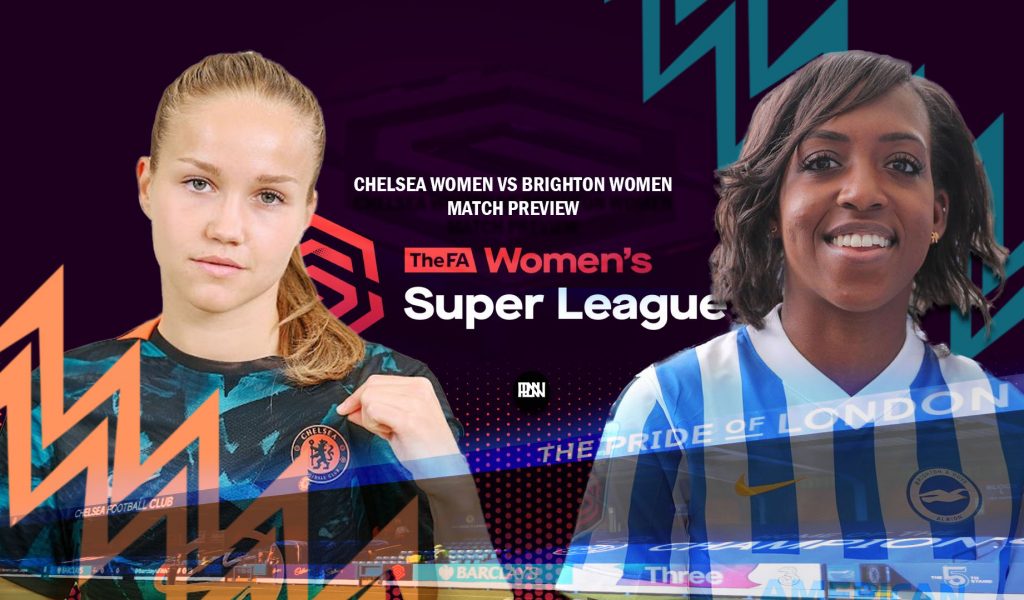 Brighton & Hove Albion Women have massively progressed since last season, with key additions in necessary positions being the key to their success, and have had a perfect start to the season, if you ignore a 1-0 loss at the hands of Aston Villa Women. Chelsea Women haven’t had the start that they’d wanted to the season, despite only losing 1 match, which was tightly contested with Arsenal Women. However, they need to win almost every game to defend their title, so you can see why Emma Hayes hasn’t been over the moon. But things are going back to normal at Kingsmeadow, and a 6-1 win against Manchester United Women definitely marks that occasion.

After Brighton’s most successful season in the WSL era, Brighton have introduced a silent project, bringing in Lee-Geum-min on a permanent from Manchester City, Danielle Carter from Reading as well as youngsters Rinsola Babajide and Fran Stenson. Combine that with the previous season’s business, such as bringing in Inessa Kaagman from fellow WSL mid-tablers (at the time) Everton, and you can see why Brighton are a team to be excited about for the season. They want to be part of the changing subgroup that is emerging in the WSL, (which includes Man United and Chelsea) and don’t want to get dumped out of it like Reading, Liverpool and Notts County once were.

Chelsea have continued to spend and are looking to finally win the UWCL title as well as have a historic three-peat. However, with Arsenal blocking their last attempt by winning the 18/19 season and with Gunner’s starting to gain momentum, maybe the Blues should focus on the Champions League trophy for this season. Emma Hayes’ side lost to Arsenal 3-2 on the opening weekend, however beat Everton 4-0 in gameweek 2, and Manchester United 6-1 on Sunday.

Another Shock Win for Brighton?

Chelsea were beaten 2-1 by Brighton when the two sides met in February. A 78th-minute winner from Megan Connoly made sure that Chelsea (despite having a whopping 30 shots) lost their first match of the season. Chelsea will have to make sure that they don’t become complacent, with Emma Hayes attempting to ensure that her side will be ready for the fixture, especially considering that they would have faced Birmingham City 4 days prior.

With Chelsea having a crazy 77% possession in that match and also making more than 3x the number of passes, they could have easily won the match but didn’t take their chances, and that will be something that Emma Hayes attempts to learn from.

Functioning as Brighton’s midfield engine, Inessa Kaagman will be looked upon by Carla Ward as a threat towards their 3 points. A goalscoring midfielder, Inessa has scored 10 goals in 24 matches for Brighton in the WSL and has also added an extra 2 assists. So with a goal contribution record of 0.5, you can see why Aston Villa are scared. When asked about the Holland international, manager Hope Powell said “Inessa has made such a big impression in her first season, and we’re delighted she’s agreed to be part of what we’re trying to achieve at the club. Not only does she score goals, but she can play in a variety of positions and brings experience and calmness to the team. She is a great role model for the younger players and we feel she can have an even bigger impact with us. I’m looking forward to working with her again this season”. So yeah, some big praise from her boss, and maybe from Carla Ward as well after the 90 minutes is up.

The star striker. Many thought that Penille Harder would become that person for Emma Hayes, after joining from Wolfsburg for a world record transfer fee last summer. However, a disappointing first season saw 9 goals in 22 games, and with Sam Kerr scoring 21 goals in the same amount of games, you can see why she wasn’t the key for Chelsea’s WSL title. Sam Kerr has continued to score for Chelsea and recently put her 25th WSL goal in the net.