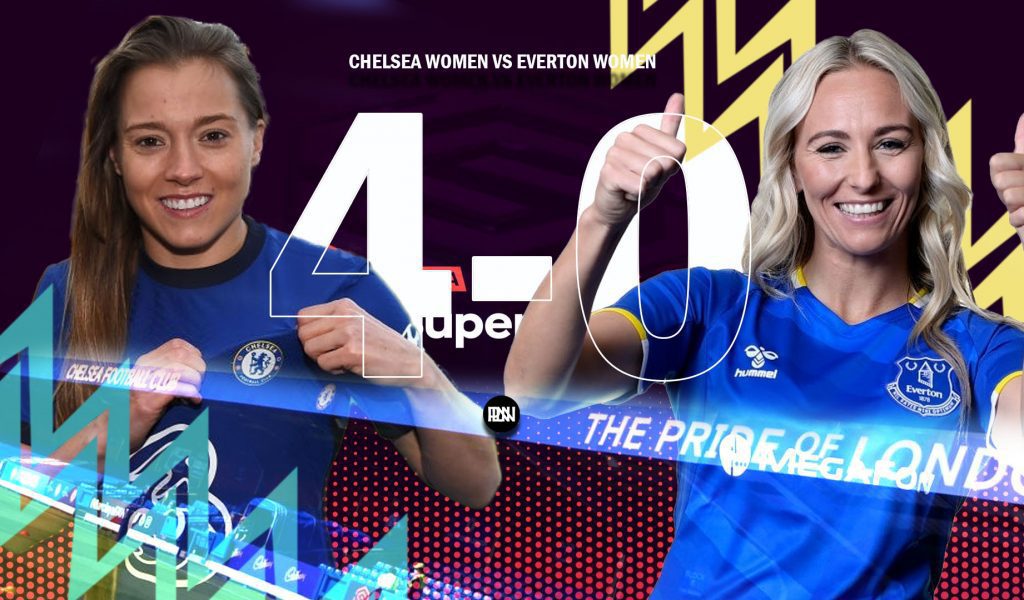 A detailed match report of two of England’s most ambitious women’s clubs, with Chelsea facing Everton and winning 4-0 at Kingsmeadow.

Everton have started extremely half-heartedly, with Toni Duggan, Valerie Gauvin, and Rikke Seveke all on the bench and you could make arguments for Kenza Dali and Poppy Pattison also starting. Some confusing decisions from Willie Kirk and I have a feeling that this is going to cost him. Emma Hayes has gone with an extremely strong starting XI but has kept the three at the back. With what is basically 4 strikers on the field at once, Emma seems to think attacking is her best defence and this could be a very high-scoring game, but not in Everton’s favour.

Fran Kirby hits a lovely dinked shot past two defenders and left Sandy MacIver stunned. Chelsea finally go 1-0 up, as they dominate possession and with Everton attempting to defend for their lives. A brilliant piece of class, she cuts in, holds the defender off, and gets the ball into the net. And Everton will need to look at holding until halftime because a goal for them isn’t coming any time soon.

Well, I was wrong. An entertaining match for sure, but high scoring? Yeah, good luck with that. Chelsea have dominated the match, with 63% possession, 13 shots, and are also 1 goal up. A dismal performance from Everton, and with the consistency of the Big 3, if they continue to play like this, then they can quickly forget any Champions League dreams. Toni Duggan and Valerie Gauvin need to be on the pitch and they need Kenza’s creativity as well. Into the second half we go.

A backpass from Megan Finnigan cost the Toffees a goal. MacIver passes it to Megan and she attempts to pass it back to her, but she taps it too lightly leaving Sam Kerr to slot the ball away. Interestingly no changes from Willie Kirk, and the quicker they can get their best players on, the better. And that goal was left on a platter for Sam Kerr.  Another for Sam Kerr. And this isn’t getting any easier for Everton, as Chelsea lead by 3 goals. Sam Kerr heads the ball in from a lovely Guro Reiten cross, and Everton clearly haven’t sorted out their defensive issues as they head into the last 15 minutes 3-0 down.

Bethany England makes an instant impact. After an incredible Cuthbert shot which hit the bar, Beth England was in the right place at the right time, to tap it in with one of her first touches of the ball and put Chelsea 4-0 up and Everton will finish another gameweek at the bottom of the WSL table, as their goal difference sits at -8. Another bad day at the office for Willie Kirk.

And that’s it. Another defeat for Everton and Chelsea record their first points of the season. A great day for Emma Hayes, but for a second there you were wondering whether Chelsea had the end product to finish their chances. However, they certainly found it in the second half. For me, Toni Duggan and Valerie Gauvin should have started and despite her inconsistencies, Kenza Dali should have appeared on the pitch much earlier. Chelsea have their mojo back and Everton needs to make sure to hit the training ground during the 2-week break.