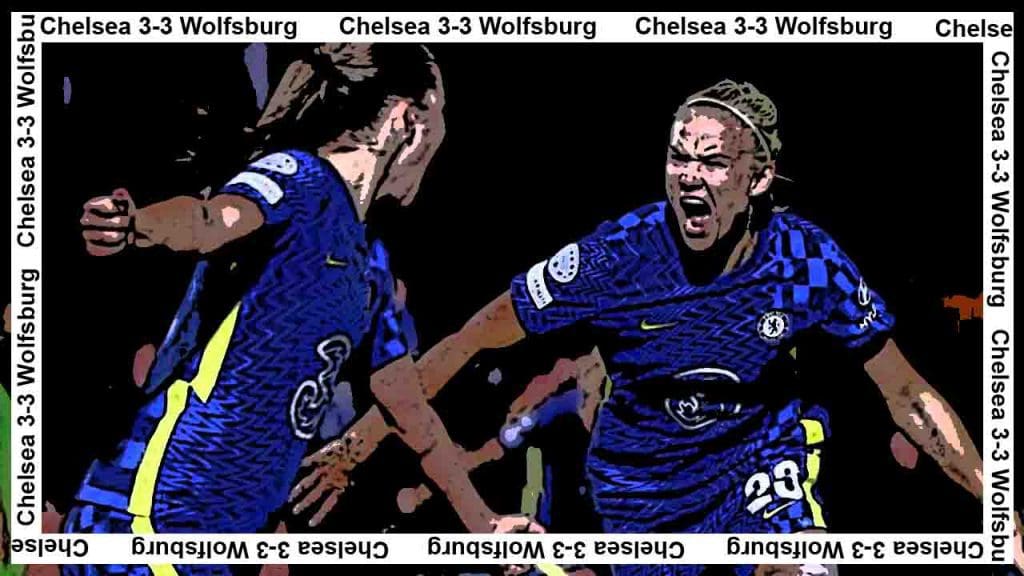 Chelsea Women played their opening UWCL game against Wolfsburg Women, but with both teams not having their preferred starts to the season, with points dropped for both teams already. But when European royalty clash, anything can happen.

The hosts were looking to continue their turnaround start to the season, with a win tonight making it 5 in 5. Emma Hayes has made 2 changes to his side, with Fran Kirby and Sophie Ingle being dropped, with Beth England and Ji So-Yun being preferred for the matchup. Maren Mjede makes her return to the side (albeit on the bench for now), after she suffered a lengthy period on the sidelines. Ji is also back, however probably didn’t go anywhere, despite not featuring in the matchday squad against Birmingham,

The visitors were eyeing up their 20th match unbeaten, in a run which stretched since the last time they played the Blues, a 3-0 UWCL quarter-final loss. Wolfsburg were looking to show that they’d improved, after signing the likes of Jill Roord in the summer. This is a serious chance for the She-Wolves to show the watching world that they are just as good, or better than, one of the WSL’s best, especially with the notion that German football is on the way down, and English football is on the way up. Tommy Stroot has made 2 changes from their last match, with Kathrin Hendrich & Pia-Sophie Wolter rightfully returning to the side.

Chelsea quickly took the lead through a Sam Kerr goal. She finished it nicely, with a nice little dink over Almuth Schult and the back of the net it went. 12 minutes in, 1-0 Chelsea.

Wolfsburg got an equalizer, due to Magdalena Eriksson and Ann-Katrin Berger getting in a mix-up, which allowed Tabea Waßmuth to go round them and stick the ball in the goal.

Wolfsburg went in front for the first time courtesy of Jill Roord. The former Arsenal player had received the ball on the outside of the box, feinted to go past the defender, and struck it well 2-1 Wolfsburg.

It was a match which could go either way at halftime, but with Wolfsburg dominating possession, it was likely to go to them. No changes for either side at halftime, despite quality players like Fran Kirby and Turid Knaak on the bench at the time. We continued into the second half with the score being 2-1 to Wolfsburg.

Tabea Waßmuth. Her second goal of the match, helping Wolfsburg to go 3-1 up. Another defensive mistake costs Chelsea, with Tabea Waßmuth the first to react and pounces on a mistake that Emma Hayes will be furious with. 3-1.

Chelsea, after things looked doom and gloom, got one back. A goal-line scramble following a corner and Beth England eventually buried it. Game on.

You couldn’t have written this! Ex Wolfsburg player Pernille Harder rescued a point for her new club, Chelsea against the She-Wolves! Now 3 in 3 vs Wolfsburg, a stoppage time equaliser broke Wolfsburg fans’ hearts.

It ended in a draw, with many Chelsea feeling that they probably didn’t deserve the win. My key player Fran Kirby didn’t do much, but overall, a good game for the Blues. Wolfsburg will be disappointed, but knowing that next time, they need to do better. Overall, lessons learned for both sides, and it finishes Chelsea 3, Wolfsburg 3.

Liverpool vs Manchester City: Tactical Breakdown
How important is Mason Mount to Chelsea?
To Top