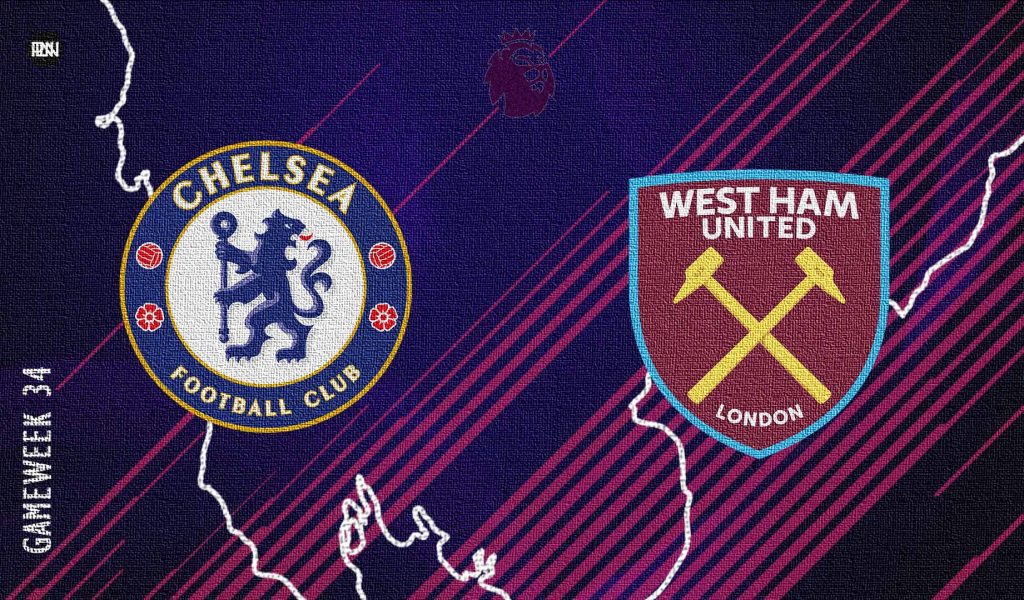 West Ham are still one of the teams looking to book a top 4 place as they sit just 5 points off Spurs, currently in 4th, and there are still 5 games to go. Will they be able to visit Stamford Bridge and repeat Arsenal’s performance of the midweek?

Chelsea were outclassed by Arsenal with the onus lying on Chelsea’s makeshift defence which was nothing else than terrible. Tuchel’s decision to rest Silva backfired as Christensen and Sarr looked out of place during the whole match against Arsenal with Rudiger out injured. One can expect a return of Chelsea’s most dependable defender in form of Silva to be back for the clash but they will still be without Rudiger, Kovacic, Odoi and long-term absentee, Ben Chilwell.

The center-backs problem for Moyes has got worsened with Diop and Zouma joining Ogbonna on the sidelines. Moyes will now have to make some crucial decisions for the backline where he might use Declan Rice. The midfield’s control will become important with this change.

‘Charity FC’ was the slogan which Chelsea fans associated with their club all over the social media after their loss to Arsenal. An Arsenal side who were struggling to pick up the form, and were playing the match under very high pressure were gifted the game by Chelsea themselves with a horrific performance. Although the results do not change much for Chelsea in the table, but with games against West Ham and Manchester United to be played, the confidence has been hit very hard. Now the team have conceded 4 goals in their consecutive home games in the league and things don’t seem good with Rudiger expected to miss the clash on Sunday as well.

West Ham are still in the mix for the Champions League spot sitting 7th in the league but with the other 3 teams above them hoping for a better finish, the chances look very bleak for the London side to get a Champions League spot. But David Moyes’ side do have a chance to win the Europa league and book a place in the Champions League next season. But before their European games, they have a tough run of fixtures in the league. Their form too has not been too impressive in the last few games as they just have managed 4 points in their last 4 games and now have to visit the Stamford Bridge. A draw against relegation-threatened Burnley was what Moyes expected the least as the result has put the team under immense pressure.

Chelsea just found a gem when they decided to sign Thiago Silva for a free transfer. The veteran of the game still seems to be in his prime and his influence on the team can be understood by his absence on the field. The last game was a classical example of this as without him and Rudiger, the defence just looked toothless. The defence was caught out many a time and this was the reason why he had to be introduced in the second half. His presence provides Chelsea with the control and stability that they need. He is the leader back in the line who can guide others to be in the correct positions always. The game against West Ham will demand a high-quality performance from the Brazilian as West Ham will be hoping for all 3 points and they will be going an all-out attack.

A match against Chelsea and Rice is on the field, how can one not talk about that? The Englishman has been linked with Chelsea for a long now with each transfer window looking the final window to see Chelsea finally break the bank and cash on the midfielder. The midfielder is the hottest product with every big club’s scout eying him but Declan just has a connection with the West Londoners that one can not deny. From being best friends to Mason Mount to being mentored daily by John Terry, Declan Rice has a lot to be a Chelsea fanboy. But come this weekend, the Englishman will go on to give his best and deny every threat from Chelsea. While Chelsea fans term it as the ‘audition’ at the Stamford Bridge, West Ham fans keep enjoying the spell of their superstar who could lead them to European glory this season after long.

MUST READ: Levi Colwill – The next big star out of Chelsea’s Cobham Academy