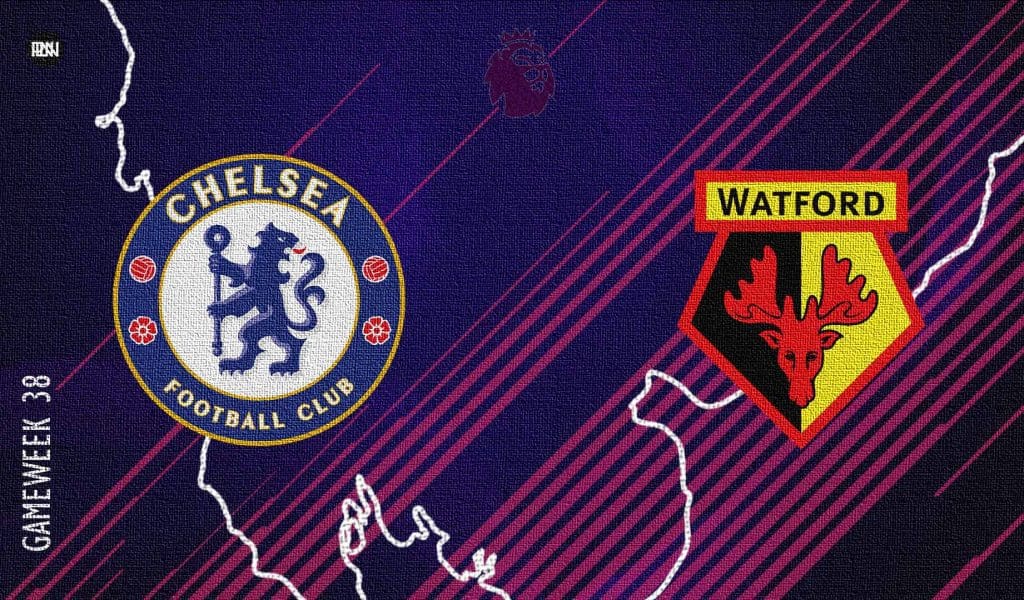 It’s the final matchday with a lot to look forward to. A place to stay in the division, a UEFA Champions League place, a Europa League place & the most important one – who will be crowned the champions of England. But Chelsea and Watford have their fate sealed with Watford going back to the Championship while Chelsea secured the third spot after Arsenal went on to lose their crucial game against Newcastle United.

It’s been a long and exhausting season for the Champions of the World. Everything that could possibly have happened to go wrong has gone wrong. The Blues were leading the Premier League until matchday 14 but that’s when things started to go south. Ben Chilwell got injured and multiple players sat out the game owing to injuries and COVID-19. A lean patch of form in games in December saw them drop down to the third spot and Romelu Lukaku came out with an explosive interview where he criticized Thomas Tuchel’s tactics. The North London club still came to form winning the CWC and making it to the League Cup final but went on to lose that to Liverpool on penalties.

Then February brought us to a change in ownership owing to the ongoing Russia – Ukraine war which saw sanctions imposed on owner Roman Abramovich. Roman was forced to Chelsea on the market with now U.S based businessman Todd Boehly set to take over the club. With sanctions imposed by the U.K government, Chelsea were not allowed to sell or sign any players which led to the departure of Antonio Rudiger to Real Madrid & Andreas Christensen to FC Barcelona with Cesar Azpilicueta set to join Christensen at the Nou Camp. Key players like Jorginho and N’Golo Kante’s contracts are up in 2023 as well, so we are looking at a complete rejuvenation of the defence.

Watford on the other hand have endured yet again a disastrous Premier League campaign. A squad that is fully equipped to deal with the EFL Championship has not looked ready to endure the competitiveness of the Premier League. Only summer signing Emmanuel Dennis managed to score 10 goals this season with Joshua King, Ismaïla Sarr & Cucho Hernández all scoring 5 goals each, clearly not good enough to stay in this division. The Pozzo family’s lack of long term vision and ruthlessness in firing managers has once again contributed to a lack of cohesiveness in building a squad that could fight in the Premier League.

Xisco was fired despite the club sitting in 12th place and the experienced Claudio Raneri was brought on as his replacement and the team’s form deteriorated under his tutelage. Roy Hodgson was convinced by the club to come out of retirement to help the club stay in the division but it was too far and too late.

With UCL qualification sealed, numerous reports have come out where it has been indicated that Harvey Vale, Charlie Webster, Mason Burstow, Bashir Humphreys, Lewis Hall, Xavier Simons, Jude Soonsup-Bell, Dylan Williams and Joe Haigh all are on standby to feature in matchday squad.

Ben Chilwell has started to practice with the first team again but will have to wait for next season to play in a competitive league game. Callum Hudson Odoi also has started training but looks unlikely to start in this game. Kepa is most likely to be sold or loaned out this summer so he might start ahead of Edouard Mendy. Mateo Kovacic was injured in the FA Cup final and did not play any part in a 1-1 draw against Leicester City while Timo Werner continues his time on the sidelines after enduring a hamstring injury.

In his last match as Hornets boss, Roy Hodgson does not have a lot of options to choose from after Ismaila Sarr, Emmanuel Dennis, Juraj Kucka, Peter Etebo, Shaq Forde, and Imran Louza are out for this match. Goalkeeper Ben Foster will probably start the game after he revealed that this would be the last for Watford.

Samir will most likely make the bench for this game after pulling out of the Leicester match due to a groin injury. Tom Cleverley has also recovered from a blow to the ribs, while Kiko Femenia and Joshua King are available having both suffered from a recent illness.