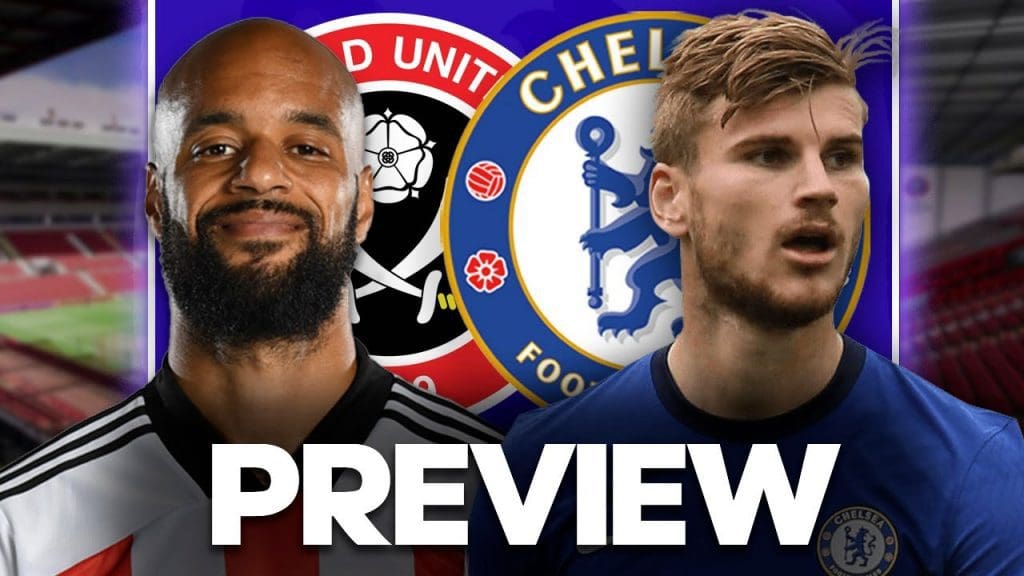 The FA Cup is back this weekend and with there being only 8 teams left in the competition, everyone will be looking at it as a means of gaining some silverware this season.

While most matches look a tight affair, the most mismatched quarter-final will be Chelsea vs Sheffield United on Sunday afternoon. Based on form, the two teams are on opposite ends of the spectrum. While Chelsea paved a way for themselves into the quarter-finals of the Champions League in midweek, Sheffield United suffered a 5-0 drubbing at the hands of Leicester City, which was the Blades’ 23rd loss in the Premier League this season.

There is a clear winner in this match-up, but the FA Cup has had stranger results over the years, and you wouldn’t want to rule Sheffield United out completely.

CHELSEA WILL CONTINUE THEIR GOOD FORM:

13 games, 11 wins, 0 losses, and only 2 goals conceded. That’s how good Thomas Tuchel is and that’s how good Chelsea have been under the German.

The likes of Werner, Havertz and Ziyech are finally looking like the real deal and Chelsea’s first goal against Atletico Madrid in midweek was a perfect representation of that.

Timo Werner’s constant pressing allowed him to deflect a cross, which Chelsea thwarted out of danger and into Havertz’s direction as the German skipped a challenge and clipped the ball into the galloping Werner on the left, who then squared the ball through Savic’s legs to Hakim Ziyech, who made no mistake and scored the goal with his right foot into Atletico’s net.

Tuchel had been waiting for this trio to function together and on Wednesday night, they finally did. Although Mason Mount will surely be replacing at least one part of this trio on Sunday against Sheffield, it doesn’t take anything away from either of the three who were brilliant on the night.

Mateo Kovacic and more importantly N’Golo Kanté were magnificent on the night, but with both of them playing their hearts out, Jorginho will surely come in and replace one of the two against the Blades.

The backline was as solid as it has been since Tuchel’s arrival and unless Christensen and Thiago are declared fit to play, Azpilicueta, Rudiger, and Zouma are likely to start against the Blades.  The wingback roles might be a tricky decision but with Marcos Alonso playing in the midweek game, Ben Chilwell might get the nod ahead of the Spaniard.

Chelsea has gone unbeaten for 13 games now and they’ll be wanting to make that 14 on the weekend. Thomas Tuchel will certainly drill the importance of the game into his players as they look to win this competition after they lost it narrowly last year after reaching the final.

WITH NOTHING TO LOSE, WILL THE BLADES SHOW UP AGAINST THE BLUES?

With Chris Wilders’ departure confirmed last Saturday, Sheffield has not looked any better under interim boss Paul Heckingbottom, albeit he has only managed one game till now.

The Blades are, however, still in the FA Cup but when you look at their run to the quarter finals, it is no surprise that the Blades have reached till here, but it does not look like they will go any further. Although, rock bottom of the Premier League and with nothing to lose, Sheffield United just might go out and fight for their place in this competition.

Ironically enough, the only two teams to score a goal against Tuchel’s Chelsea have been Southampton and Sheffield United. Although it was an own goal, the Blades certainly know how to cause chaos amongst the Chelsea backline and the likes of Billy Sharp and Rhian Brewster will have to be on target, as the pair will likely start against the Blues.

At the back, while Ethan Ampadu will be ineligible for the game on Sunday, Phil Jagielka might come in and the former Everton man will have to provide an assured performance alongside Chris Basham and Kean Bryan if Sheffield stand any chance of coming out with a victory on Sunday.

While Heckingbottom has only been the manager for a week, he will be expecting his side to put up a tough performance against Chelsea on Sunday and possibly become the first team to beat the Blues under Thomas Tuchel.