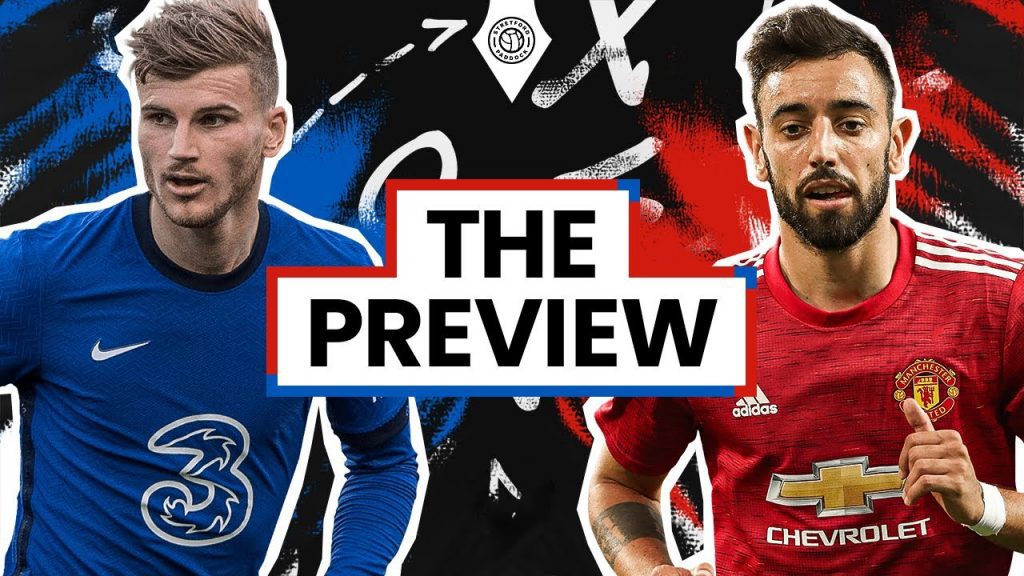 Chelsea and Manchester United face off this Sunday, with both teams coming off of positive results in Europe, with Chelsea winning their first leg against Atletico Madrid and Manchester United progressing to the Round of 16 of the Europa League where now, AC Milan await them. Both teams have had a topsy-turvy season, with Manchester United being knocked out in the group stage of the Champions League, however, they are now 2nd in the table with 49 points out of 25 Premier League games.

Chelsea on the other hand, looked solid for the first half of the season as they were in the race for the Premier League title while they had also finished top of their Champions League group but a tumultuous December and January cost Frank Lampard his job as head coach and the Chelsea hierarchy swiftly replaced the Englishman with the Thomas Tuchel, who was sacked by Paris Saint Germain earlier in December after which Chelsea have not lost a game in all competitions.

WHO WILL COME OUT ON TOP?

Manchester United and Chelsea locked horns regularly last season and while Manchester United came out on top in both of the Premier League games and the Carabao cup round of 32, Chelsea knocked out the Red Devils in the FA Cup semi-final. This season however in their first tie, it was a stalemate as neither team wanted to take the initiative to win the game but with Manchester City so far ahead in the title race, United would want to close down the gap while Chelsea would want to win and jump back into the Top 4 which adds a fiery motive in both of them going into the game on the last day of the month.

Manchester United has been the team in form and arguably the second-best team in England this season, but it must be mentioned that there is a huge gap this term between everybody and Manchester City who have become favorites to become the runaway champions of this season. However, it does not take anything away from Manchester United, as they have been superior in almost every department, barring their defence, this season as compared to the other 18 teams below them in the table.

Bruno Fernandes has been in unbelievable form and he might certainly be a strong contender for being the player of the season’ this campaign with the Portuguese scoring 15 goals and providing a further 10 assists, making him the highest goal contributor in the Premier League this season. Marcus Rashford has also been key to Manchester United as the Englishman has also contributed to 15 goals this season and has headed that attack for most of the season now. However, Manchester United have been lackluster at the back as they have already conceded 32 goals this season, four lesser than the amount they conceded in the whole of last season.

Chelsea have not lost a game for a month now in all competitions after their shift to a back 3 under the German, and after their performance against Atletico Madrid in midweek, the confidence would be high in the team. Chelsea had a stutter last weekend against Southampton, as they were held to a draw at Saint Mary’s. However, Tuchel would want his team to make a statement against United who he earlier defeated this season with Paris Saint Germain in the Champions League this season after their 1-2 loss against the Red Devils in the start of October. Chelsea have been solid in defence this season as the Blues have only conceded 25 goals this season and this record has only gotten better under Tuchel, under whom, Chelsea have only conceded 2 goals in 8 games until now.

Manchester United would be favorites going into Sunday’s game, but not by a fair margin because Chelsea are not that far behind and after Sunday they could effectively reduce the gap between United and them to only 3 points. Ole Gunnar Solskjaer will hope that his team can come through in this game as they have in most big games since the Norwegian’s arrival in December 2018. On the other hand, Thomas Tuchel will go into the game planning to keep the lion’s share of possession and stop the opposition’s infamous counter-attacks, something Chelsea have been far too good at in recent weeks. The game will be a tough encounter although United will be going in as slight favorites.

MUST READ: Why Does Olivier Giroud deserve a new contract at Chelsea?

Manchester United have their share of injuries going into Sunday’s game, with Scott McTominay, Paul Pogba, Juan Mata, and Phil Jones all have been confirmed as absentees for Chelsea’s game due to injuries. However, Edinson Cavani and Daniel James might have late fitness tests before the Chelsea based on which they might be included in the squad. Donny Van De Beek is certain to join the squad to face Chelsea with the Dutch midfielder vying for a start in a big game like the one on Sunday.

Chelsea has Brazilian defender Thiago Silva out for Sunday’s game and he will be a huge miss in the backline as Chelsea have looked much better under Tuchel with the Brazilian in the center of the defence. However, apart from that, Chelsea does not have any other injury concerns which is a blessing and a curse, because there will be a lot of players wanting to play this game while Tuchel might also want plenty of options to select from for this big encounter.

Why Does Olivier Giroud deserve a new contract at Chelsea?
Sheffield United vs Liverpool: Preview | Premier League 2020/21
To Top