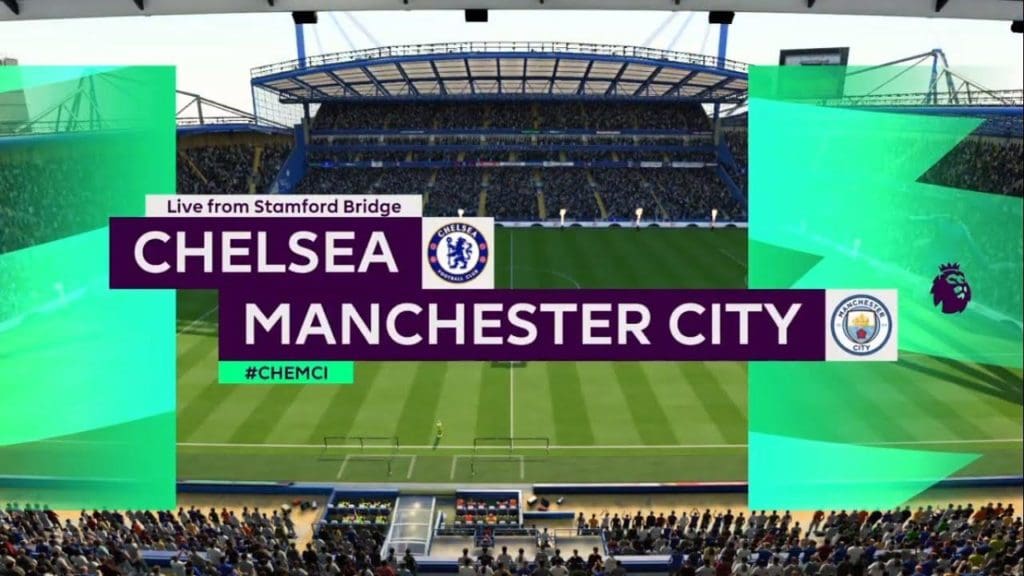 Chelsea will be hosting Manchester City on Thursday night at the Stamford Bridge looking to increase the gap between themselves and Manchester United, who are fifth.

Both teams will head into this game with a 100% win record since the league got back to action a week ago.

The Blues came from behind to beat Aston Villa in their last game in the top-flight, with Christian Pulisic and Olivier Giroud netting for Frank Lampard’s side.

Manchester City won the reverse fixture at the Etihad Stadium, where N’Golo Kante’s 21st minute was cancelled out by Kevin de Bruyne before Riyad Mahrez scored the winner in the first half.

Chelsea have only lost once in their last five appearances in the Premier League, coming against the Red Devils.

Ole Gunnar Solskjaer’s side are also the only team to beat Manchester City in their last five league games. City have taken 12 points from a possible 15.

Man City have won six of their last nine Premier League meetings with Chelsea (L3), as many as they had in their previous 34 against them (W6 D7 L21).

Chelsea have kept just one clean sheet in their last 11 Premier League meetings with Man City, though it was in this exact fixture last season (2-0).

Man City lost their last Premier League game in London (0-2 vs Tottenham). They’ve not lost consecutive games in the capital since December 2015, the first defeat of which also came against Spurs.

Manchester City have won 18 of their last 20 midweek Premier League matches (Tuesday-Thursday), losing the other two against Leicester and Newcastle in 2018-19.

Fikayo Tomori is a confirmed absentee for Lampard, while they also await the late fitness test of Callum Hudson-Odoi who missed last Sunday’s win over Aston Villa through an ankle injury. Jorginho could also return to the set up for the Chelsea manager after serving his two-match ban.

Pep Guardiola could be set to lose prolific goalscorer Sergio Aguero for the rest of the season after he aggravated a knee injury in their win against Burnley on Monday.

With the Argentina international set to travel to Barcelona to see a specialist, Gabriel Jesus looks the ideal replacement for City.