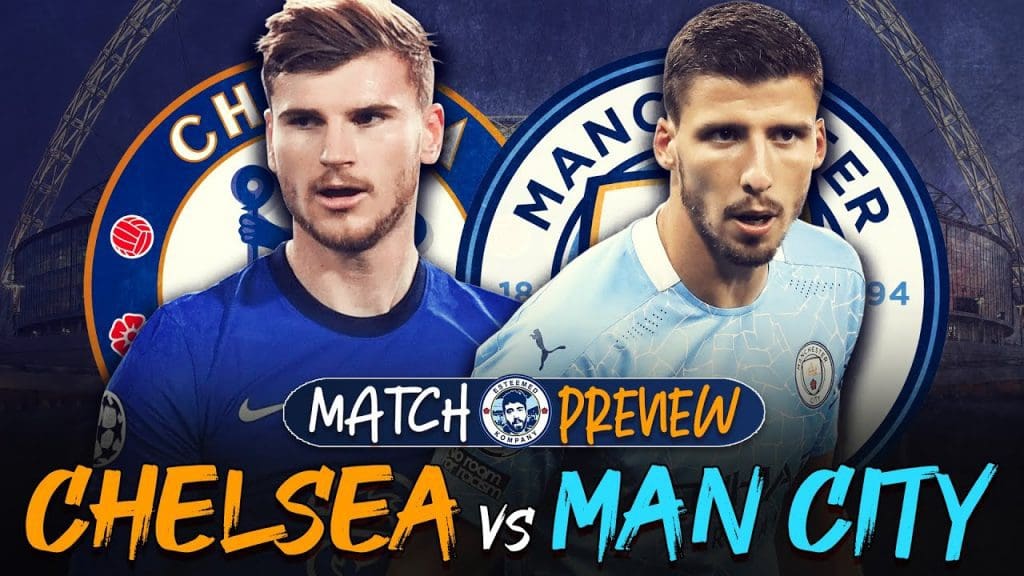 The FA Cup semi-finals are set to take place on the weekend and there are no doubts regarding which game will gain more viewership as Chelsea and Thomas Tuchel will go head to head against Pep Guardiola’s Manchester City, with both teams in excellent form.

Tactically astute managers, costliest squads in the league, and with both going through to the Champions League semi-finals in midweek, there are a lot of similarities between the two clubs courtesy of which critics and pundits alike are hoping for a fascinating match in Wembley on Saturday evening.

Guardiola to march on to yet another final?

There were tears of joy in midweek on the face of Pep Guardiola, who although has succeeded at most clubs, felt that the win against Borussia Dortmund in the Champions League quarter-finals on Wednesday night carried a lot of importance to the history and for the future of the club.

“They now understand what it means to get into the semi-final of the Champions League”- Pep Guardiola exclaimed with delight in his press conference on Friday when he was asked about what it meant to him and to his players after they came through the quarter-finals after failing to do so in 4 consecutive years.

Now, the Spaniard has his eyes on the FA Cup semi-final on the weekend, a place his side reached after beating Everton comfortably in the quarter-final, but now, however, has a massive hurdle in the form of Thomas Tuchel’s Chelsea.

While City will go in as slight favourties for the game, Guardiola will have a selection headache as he is highly unlikely to play the same team as he did in midweek where City played without a recognized striker up-front as Bernardo Silva was the furthest man forward on most occasions.

One man who will certainly start and who has a good and bad history with Chelsea is Kevin de Bruyne who was sensational against Dortmund and pulled the strings in midfield constantly. Apart from the Belgian, somebody who hurt Chelsea the last time they faced them at the start of the year is Phil Foden who is establishing himself amongst the likes of Erling Haaland and Kylian Mbappe as a potential world superstar with Foden hitting incredible numbers in all competitions.

Moreover, the only injury for Manchester City is Sergio Aguero, who has hardly played for the club this season so it is not all that big a loss for Pep Guardiola going into Saturday’s game.

However, something the Spaniard will be aware of is Chelsea’s defensive record in recent weeks and how hard it is to break them down. Additionally, both teams are hungry for possession of the ball and most pundits are expecting some sort of a chess match between the two clubs.

For Guardiola, however, the smart thing would be to deploy a front three of Sterling-Foden-Jesus as they have the technical abilities to hurt Chelsea on the ball while all three of them are able runners behind the last man, something Chelsea have been susceptible to recently.

Regardless of tactics, Guardiola will want to win the game on Saturday as City are eyeing all 4 trophies this season which although very hard, will require them to be inch-perfect in less than 10 games, with the first starting on Saturday evening against Chelsea.

Does Tuchel finally have the squad he needs to outsmart Guardiola?

Thomas Tuchel has faced Pep Guardiola 5 times and has not won a single time, however, on all occasions, the results were completely justified as Guardiola’s side was always far superior to Tuchel’s.

Now, however, Tuchel does have a costly assembled squad that is also talented at the same time. Fast, slick, and technical footballers are what Tuchel demands and he has them now at Chelsea while he also has an experienced backline.

Chelsea, like Manchester City, reached the Champions League semi-final in midweek and it is fair to say that the Blues did not have to hit second gear to win this game. Apart from Mehdi Taremi’s unbelievable goal in the 92nd minute, Chelsea controlled the game and saw off a toothless Porto side over the two legs.

The FA Cup hasn’t been any different for Tuchel’s side as they eased past Sheffield United in the quarter-final and are now underdogs against City in the semi-finals.

While Tuchel has a lot of talent at his disposal, something he hasn’t sorted out yet is a consistent frontline, and to be honest, Tuchel is in no hurry to do so either. While consistency does guarantee better results, Chelsea have a plethora of options in that zone and all of them more or less gel comfortably with the other.

A player Tuchel will be delighted with in the past week is Christian Pulisic, who burst into life last weekend against Crystal Palace while was also key to Tuchel’s set-up in the 2nd leg against Porto as the winger was fouled 11 times on the night, a treatment no other player has received this year in the Champions League.

While Tuchel was vague in his press conference regarding his choice of the frontline that will face City on Saturday, something he made pretty clear was that Chelsea will ‘take the game to Manchester City’.

Chelsea also have some injuries to look into as Mateo Kovacic who has been Chelsea’s best midfielder this season is out for the game while Chelsea’s rock at the back in Andreas Christensen has still not recovered from his muscle injury that the defender suffered before the Palace game last weekend.

Thomas Tuchel knows the importance of the game while he is also aware of the calibre of the opposition and he will certainly make it a point that his players understand the same as Chelsea look to book a place in the final of the competition 2 years in a row.