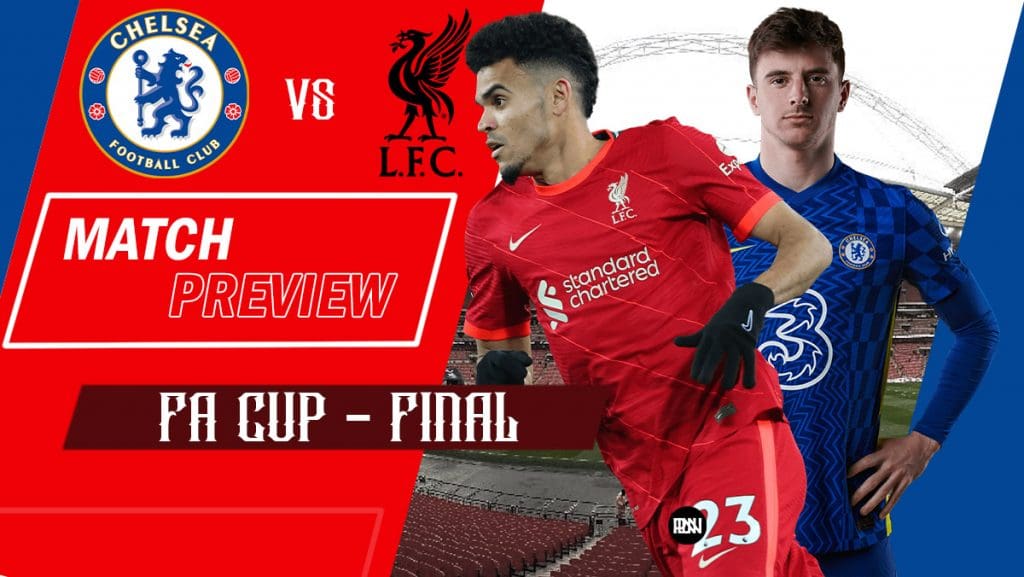 Liverpool and Chelsea head for yet another final at the Wembley Stadium, this season. While Thomas Tuchel must ready his men to settle the score, Klopp & Co. will look to do the double over the Boys from the Bridge!

It is, indeed, a replay of this year’s League Cup Final- in which the Reds took the trophy home with an 11-10 victory on penalties. Moreover, it marked the start of Liverpool’s quadruple chase for this season, which looks like it has been dented by the insurgent Manchester City. While Jurgen Klopp is wary of the fact that the possibility of Pep’s team dropping the points in the last 2 league games is very thin, the Kop is still dreaming big and are hopeful.

Meanwhile, for what it is worth Liverpool have it in their own hands to lift the Treble – having already won League Cup. In order to do so, they face two mighty challenges in the form of Chelsea and Real Madrid in the FA Cup & Champions League respectively. On Saturday, however, the Chelsea side will be waiting at the packed Wembley Stadium to seek revenge from the Mighty Reds – for the League Cup final loss.

This is only the second time in history that the same two sides will contest each other in both the finals, League Cup & FA Cup, in the same season. The last time it happened in the 1992/93 season when Arsenal and Sheffield Wednesday faced each other twice, and the Gunners stood triumphant over the latter in both of the finals.

The Clash of the Germans

More than the final being a clash between the two English clubs, Liverpool and Chelsea, it has become a clash of the Germans. It dates back to the old Bundesliga days when Jurgen Klopp and Thomas Tuchel squared off against each other on several occasions. However, for most years of Tuchel’s Bundesliga managerial career, he lived in the shadows of Klopp. Be it taking up the role at Mainz or later at Dortmund, Tuchel was seen as the successor to his counterpart on both occasions so that he could take the legacy forward.

It was not until last season, when Chelsea announced his arrival at the Bridge, that we got to see how healthy their rivalry really is. The term frenemies is apt to their bond. And now they square off for the 4th time this season- twice in the league, once in the EFL final, & now the FA Cup final- with the clash on Saturday being the most priced tie for the both of them. Although Tuchel has tasted the most number of defeats at the hands of Klopp than any other manager, it tends to spice up every time this two clash against each other.

Klopp vs. Tuchel
Liverpool vs. Chelsea

Not just because it is the FA Cup final, but the winner of the showdown will decide who among the “two friends” would be the first-ever German manager to lift the FA Cup! Indeed, the stakes are high. But both of the Gaffers know how to keep control of their nerves and play strategically to their opponent’s weaknesses. Less talk and more action, the mantra to their achievements and accolades at their respective clubs. While Klopp has been doing it consistently at Liverpool for over 3 years now, Tuchel has won the Club World Cup and the Champions League already at Chelsea.

Moreover, whenever Chelsea and Liverpool have played each other under the guidance of their respected German Gaffers, the pitch has reached the high in boiling point. The intensity, passion, hardwork, and technicalities of both the managers are reflected through their players’ on-field performance.

However, in this specific competition, Chelsea’s last 2 outings in the Finals have not been a good memory. Be it Aubameyang’s subtle dink finish in 2020, or Tieleman’s stunning long-range effort in 2021- both of the Finals still scar the memory of the millions of Chelsea fans across the globe. But the Boys from the Bridge will be looking to break the curse, I mean surely they cannot get unlucky for the 3rd consecutive season!

Meanwhile with the announcement of the new owner, the American- Todd Boehly- Chelsea have come back to winning ways with a thumping 3 nil victory against Leeds United. A boost before the final, as they set sight on that FA Cup silverware to finally break the curse and complete the revenge over Liverpool.

On the other hand, Liverpool are coming off from the busiest of schedules compared to that of other clubs. And the resulting fatigue has been shown in their last two games against Spurs and Villa. A drop in the performance at this point has already proven costly, with the Reds giving Manchester City some breathing space in the title race after succumbing to a home draw against Spurs. But, Jurgen Klopp will ask his players to muster all the strength they have to win the last 4 remaining matches of the season, across all the competitions.

Liverpool’s medical team, with a piece of sheer dumb luck, has done a great job to keep themselves empty-handed for the majority of the season up until now. Though there are no major issues, given Bobby has also recovered, but it seems Liverpool have to make do with one Brazilian for another with Fabinho the latest one to get himself out of the team sheet.

In the last game against Aston Villa, the Brazilian defensive midfielder pulled his hamstring and was seen limping off. However, Jurgen Klopp is optimistic that his key player will be fit by the end of the season to face Real Madrid in the Champions League Final. Given his contributions in the recent past, Fabinho’s injury is a major blow to the free-flowing Reds before the FA Cup Final.

Other than that, it is usual thinking business for Klopp as to how he will line up his squad without exhausting some of his key players. The likes of Robertson, Henderson, Thiago, Konate and Salah are looking to make the playing XI on Saturday.

Meanwhile, Thomas Tuchel and Co. have an injury of their own to deal with. One of their star midfielders, Mateo Kovacic injured his ankle after an awkwardly dangerous tackle from Daniel James in the clash against Leeds.

Though there is hope, but Tuchel is “90% sure” that Loftus-Cheek and Jorginho will be deputized in the midfield for the Blues’. Kante has returned from his injury, as well, so there could be a competition for the position unless the German decides something for sure. Other than that, Tuchel will also have the food for thought likewise his German counterpart, as to which players should he name for the playing XI. 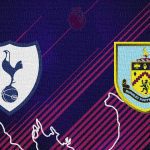 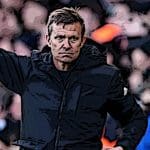