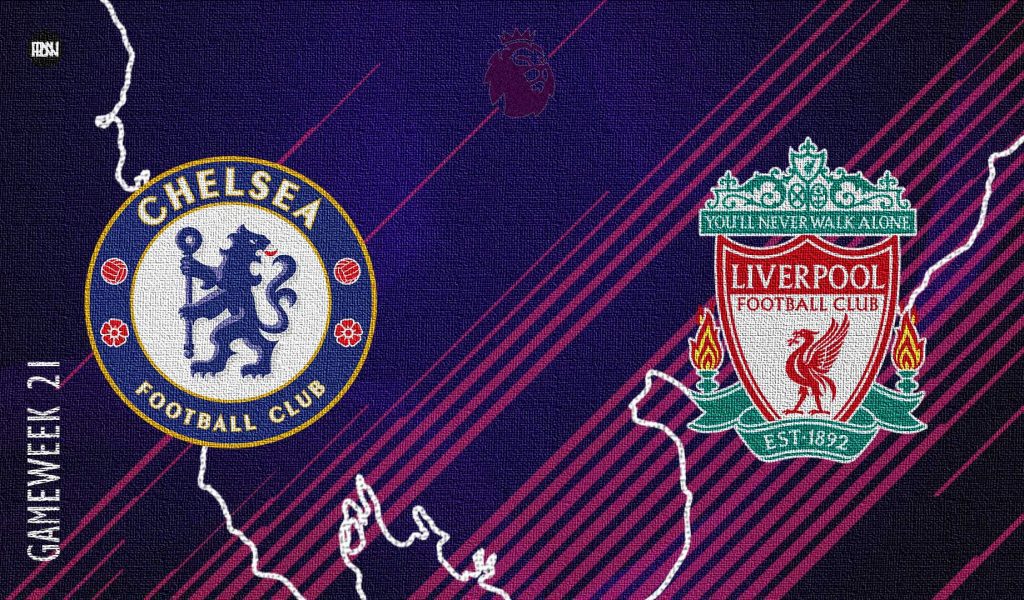 Title race heats up as the two challengers Chelsea & Liverpool will take on each other to pressurize Manchester City. Both the red and the blue corners are not going through the best patch when we talk about the squads and the bench strength of the two heavyweights will be on the line with many first-team players out. In fact, The Reds will miss their manager on the touchline as Klopp has tested positive alongside some senior members and will be out against Tuchel’s Blues.

Anthony Taylor was the in-charge when Reece James was shown the red card in the reverse fixture this season and addedly Paul Tierney is on the VAR which will definitely agitate fans of both teams.

The home side’s year end was worse than expected as the draw against Brighton was added to James and Christensen injuries. Reece James will now join Chilwell as a long-term absentees’ list for at least 6-8 weeks. This leaves Chelsea without their two starting wing-backs, in a system where Tuchel just loves wing-backs. Now Chelsea might be forced to go with Azpilicueta and Alonso, but this might cause problems in back 3 as Christensen is not fit and Thiago Silva and Chalobah might be forced alongside Rudiger. It will be very difficult for Chelsea to compete the whole 90 with this backline. The midfield selections will also be crucial as Ruben Loftus-Cheek has been ruled out and Kante’s fitness will be a question always.

Adding to all this was the interview of Lukaku which has just added to Tuchel’s problems. It will be interesting to know if Lukaku will even make the squad after what has happened this week or a returning Kai Havertz takes the position.

Liverpool team has been hit with positive cases of the virus and this includes club manager, Klopp. He alongside some unnamed players have been ruled out for the clash. The rumours state Liverpool will be without Allison and this could really dent Liverpool’s chances for the game. This is added up to Robertson serving a suspension for his red card. Also, Liverpool will be missing Thiago, Firminio and Minamino alongside Elliot and Jones. The team sheet for Liverpool will be very difficult to guess as no official statement has been released yet.

The Reds vs The Blues! The rivalry will always be spoken less despite 1000 words. We will be witnessing another classic and which happens to be the first match of the new year for both teams. Both teams are under huge pressure as they both have to push City who is just taking away the title. This match indeed is a 6-points match and thus has a lot on stake. Pepijn Lindjers will be in-charge for the game and will rely on his front 3 to go all out against half-fit Chelsea defence. They will be hoping for a good run from their Starting XI, as the bench might be out of resources for the game. Mane and Salah will be hoping to go to the AFCON after a big win. A 10-men Chelsea team frustrated Liverpool at Anfield this season and Liverpool will definitely be looking to turn around the match.

Chelsea dressing room is definitely unsettled at this moment after a very wrong timed interview of Lukaku. It will be interesting if the Belgian will make it to the squad or will be punished. Also, the defense will have to step up big time to stop the fiercy attacking side. Things for Chelsea have not been working on the pitch as well, as 11 points gap from City is justified after their recent performances. Their lack of clinical finishing in front of goal did cost them the match against Brighton. Chelsea’s only way to dominate the game against Liverpool has to be the midfield as Kovacic, Jorginho and Liverpool can outrun any team. Their availability will be a great positive for Chelsea.

Hands down the best player of 202 in the Premier League was not able to end 2020 on good note as his team suffered a 1-0 loss to Leicester which had him miss a penalty. Now, he will be eager to win this against his former club before heading for the AFCON. Liverpool had taken special permission from his national side to have him for this crucial fixture and this will definitely mean a lot to the Egyptian. He is already being tipped as Player of the Season as he already has netted 22 goals this season and will be just looking to add to his tally.

In this game he will be going up against Marcos Alonso, who is always criticized for his defensive abilities. He will definitely fancy his chances against the Spanish International, and Liverpool will be thus forcing most of the attacks from their right with Salah being the moderator.

One man under the most pressure right now is Tuchel. After being put under the sword by the club’s record signing, it will be interesting to note what decisions will Tuchel take for the game. Lukaku’s presence or absence will raise many questions and it will be all on Tuchel. Apart from Lukaku saga, Tuchel has to manage his players so that there are no more injuries and he can finally take a breath of sigh. The results in December have completed pushed his team out of the title race and this has mainly come to him being rigid to use the system. With many defensive players out, it will be worth noticing if he changes the system and goes for something new. The 3 substitutions by him will be very crucial to determine the outcome of the match and also the league as this match could actually push the loser into the race for 4th position.