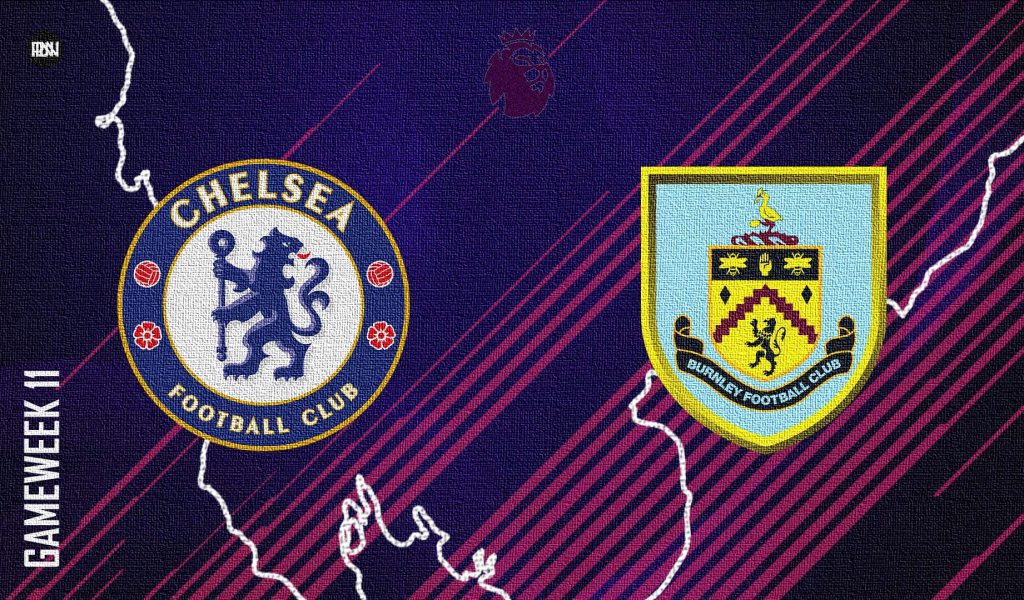 Chelsea will look to make it eight straight wins in all competitions when they welcome Burnley to Stamford Bridge this weekend. The Blues who are sitting on top of the Premier League table with 25 points from their ten games, will go head-to-head against a team sitting deep in the other end of the table. It is likely to be a bit of a mismatch in West London as the league leaders face Burnley who sits 18th going into the weekend, having racked up seven points from ten games.

Even though it is very early in the context of the full season, Thomas Tuchel’s Chelsea have proven to be the team to beat. Even though their rivals Liverpool and Manchester City slipped up last weekend, Chelsea made light work of Newcastle to extend their lead at the top to three points. The Blues are on a winning streak of seven straight games and will go into this weekend’s fixture off the back of an away win over Malmö in their Champions League group stage clash.

Tuchel’s men will be desperate to keep hold of the top spot entering the international break before the fixtures get tougher as the end of November approaches. However, having conceded only three goals in their opening 10 league games and being yet to concede from open play, it seems unlikely that Chelsea will slip up against their visitors. Burnley are languishing in 18th place on the point table but will be buoyed by their first league win of the season last weekend.

The first-half barrage of goals helped the Clarets register their first league win of the season against Brentford last weekend, and they will be hoping to build on it when they travel to West London. But Sean Dyche’s men will face a team that they have not had a lot of luck against, as Chelsea have won their last four games against Burnley, and are unbeaten in their last seven games again. The Clarets’ only league win against Chelsea came in the first weekend of the 2017/18 season.

The hosts have a list of injury problems going into the weekend’s fixture. Romelu Lukaku and Timo Werner continue to remain on the sidelines, and while Mason Mount is back in training, he is still a doubt for the Burnley clash according to Thomas Tuchel. The Chelsea head coach also confirmed that both Mateo Kovacic and Marcos Alonso are also going to miss the weekend’s fixture, but the Blues will hope their squad depth helps them stay afloat. Hakim Ziyech who came up with the match-winner in their mid-week clash against Malmö will look to keep up his form, as he is likely to start alongside Kai Havertz and Callum Hudson-Odoi.

As for the visitors, Sean Dyche revealed in his press conference that while Dale Stephens remains out with a foot injury, Aaron Lennon is also a doubt through illness. The Clarets are, however, in better shape than their hosts as Dyche will hope to field the same line-up that earned their first league win of the season last weekend. A 4-4-2 shape will see Johann Gudmundsson and Dwight McNeil operate out wide, while Josh Brownhill will join Ashley Westwood in the middle. Maxwel Cornet and Chris Wood are set to continue as a duo up front for the Clarets, who will look to cause Chelsea problems with their pace and physicality in the final third.

On paper, this looks like a comfortable win for the dominant hosts. Chelsea looks like quite the balanced outfit having scored 26 goals and conceded only three in the league this season, and Burnley will have to play out of their skin to salvage anything from this weekend. However, provided that the Clarets manage to keep things tight at the back, they can hope to hit the Blues on the counter with their pace and physicality upfront. Cornet and Wood looked like quite the formidable partnership in the final third in last weekend’s win over Brentford, where they combined well to put the high-flying Bees to the sword. Burnley depending on long balls would mean Wood having to win most of his aerial duels against a dominant Blues defense, to supply Cornet who will be looking to feed off scraps. But the European champions’ incredible squad depth with world-class players in all positions – and boosted by the return of N’Golo Kanté to action will certainly aid their hopes of making it eight straight wins in all competitions.

Against a Burnley side who are likely to sit in deep right from the first whistle, Chelsea’s best option to find a breakthrough is through players that can provide moments of individual brilliance to carve the Clarets open. And the Blues’ best creative outlet in recent weeks has been none other than Callum Hudson-Odoi, who has grabbed his opportunity on the left flank with both hands. The 20-year-old English winger set up the match-winner for Hakim Ziyech in the mid-week fixture and will be looking to keep up his good streak of form against Burnley this weekend. Hudson-Odoi is a direct dribbler who offers a different kind of profile than most Chelsea attackers, and he will hope to make the difference once again on Saturday.

Burnley’s best hopes of getting anything out of the weekend’s fixture depend on their new signing and arguably, their player of the season so far in Maxwel Cornet. Cornet has been amongst the goals for the Clarets ever since he made his Premier League debut, having already scored four league goals in five appearances. Cornet has provided the much-needed burst of pace upfront for Burnley since signing for them this summer, and more often than not, has come up with the individual brilliance that any team requires from its key frontman. The French forward is one of the most in-form strikers in the league at the moment, having scored in three of his last four Premier League outings – and will look to make it four from five this weekend.