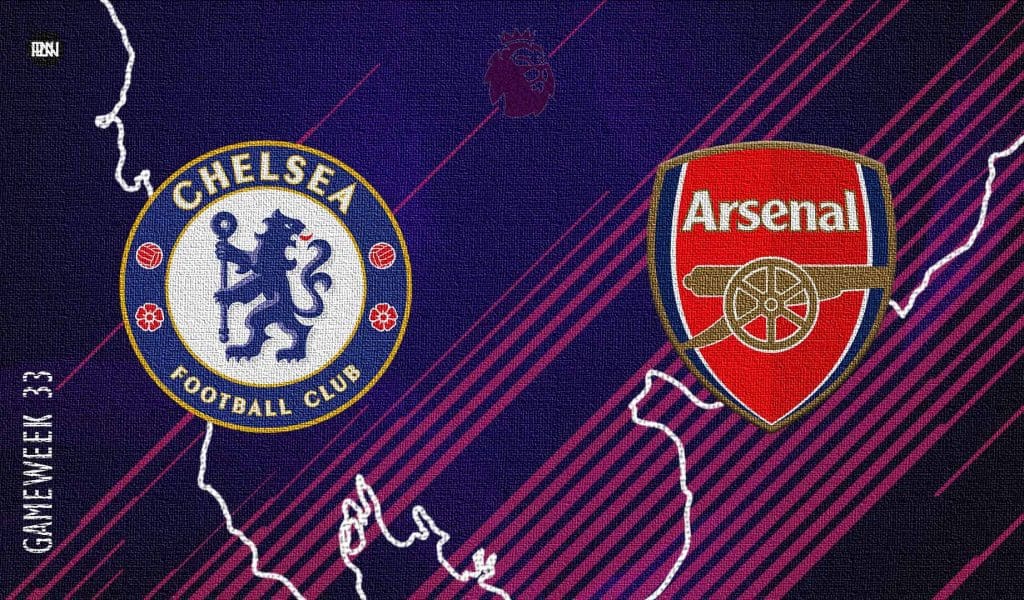 The top 4 race is becoming far more interesting with each gameweek passing and this mid-week we will be witnessing another fest of goals as Chelsea hosts Arsenal. Arsenal’s recent form has taken off the favourites for the fourth spot off them and now have to play their arch London rivals to keep pace in the race.

Tuchel’s boys will enter the match after a hectic run of fixtures which includes 120 minutes at Madrid followed by a restless match in the semi-finals of the FA Cup. The confirmed absentees include Ben Chilwell, Hudson-Odoi and the latest addition in form of Kovacic, who has been ruled out for a couple of weeks with a ligament injury. Kovacic’s injury was for sure due to players giving their 100% in every match with not much rest phase and to avoid such a situation with other players, Tuchel might rotate his squad a bit.

For Arteta, it will be a matter of time as he will wait on the progress of Lacazette and Tomiyasu. While Lacazette was out after being tested positive, Tomiyasu was to make a return to training just before the match after being out due to calf injury for a sustained period of time. The availability for both the key players will be decided late at night just before the match.

A few weeks back, Arsenal were in a great run of form as they were then termed as the favourites for the 4th spot and were even at a point threatening Chelsea for the third spot. Ever since then, Chelsea have proved their worth and now sit in a comfortable 8 points lead over their rivals with a game in hand. Arsenal are being pushed very hard by giants Manchester United and their North London rivals, Spurs for the 4th spot with 3 points separating the three and Arsenal having a game in hand. The result of this London derby will definitely impact the race but it will be seen if the impact will be positive or negative for the team in Red.

Arsenal’s recent form will definitely concern Mikel Arteta as the team enters the match with 3 consecutive losses which means just 3 points in the last 5 matches. After missing out on a European spot last season, Arteta’s boys were expected to go all out to at least secure a top 4 place. They were on a great to secure the same, only to the inexperience to play in pressure moments causing the team’s downfall. While one could have termed the loss against Crystal Palace as one-off day at the office, the losses against Brighton and Southampton definitely left ton of disappointment among the fans. A win is a must now for the Gunners as they wish to keep their top 4 hopes alive.

Chelsea are cruising with their 3rd spot and have an outside chance to trouble the top 2 but Tuchel will be hoping just to consolidate the 3rd spot and a win in upcoming games could seal the deal for the Blues. Chelsea in their next 3 matches play 3 out of the 4 contenders for the 4th spot and can well and truly be party spoilers for any of the three. On form Chelsea will definitely enter as the favourites for the game but how often have Chelsea fans witnessed a gift for the visitors when the opposition is struggling. The game against Arsenal has never been a walkover and thus Tuchel will not look to ease out things talking about form.

Resilience and Dedication are definitely the two words defining the German’s recent spell. There is no lie that the German has been under the sword by all Chelsea fans and had lost his place in Tuchel’s lineup. But a chance is what the German needed as he has given his 3rd consecutive Man of the Match performance for the Blues. Timo Werner has been under-appreciated for the runs and his ability to stretch defences wide with his timely runs as the lack of clinical finishing has overs shadowed it all. But with Lukaku being out of favour and Tuchel looking for a partner up top with Havertz, Werner has stepped up at the right time and at this time is even helping his team score. His finishing is still a bit dodgy but his role in build-up has immensely helped Mount and Havertz. Against the Arsenal defence, one can expect Werner to operate a bit from the left and look to make those runs behind the defensive unit.

20-year-old English star has recently been termed as one of the most creative players in Europe and the performances on the pitch justify all the hype around the player. The player has been giving his absolute best for his team and has bettered his goal tally in the league hitting 9 goals and assisting other 5. But the Englishman had a rare off game against Southampton which was visible with Arteta’s side unable to score. Although he had a goal saved by a magical save by Forster, Saka was not that influential in the game. Operating on the right, Saka will look to step up against Chelsea where he can trouble Marcos Alonso with his pace and shear ability on the ball. His display on the pitch will definitely be a deciding factor in the game.