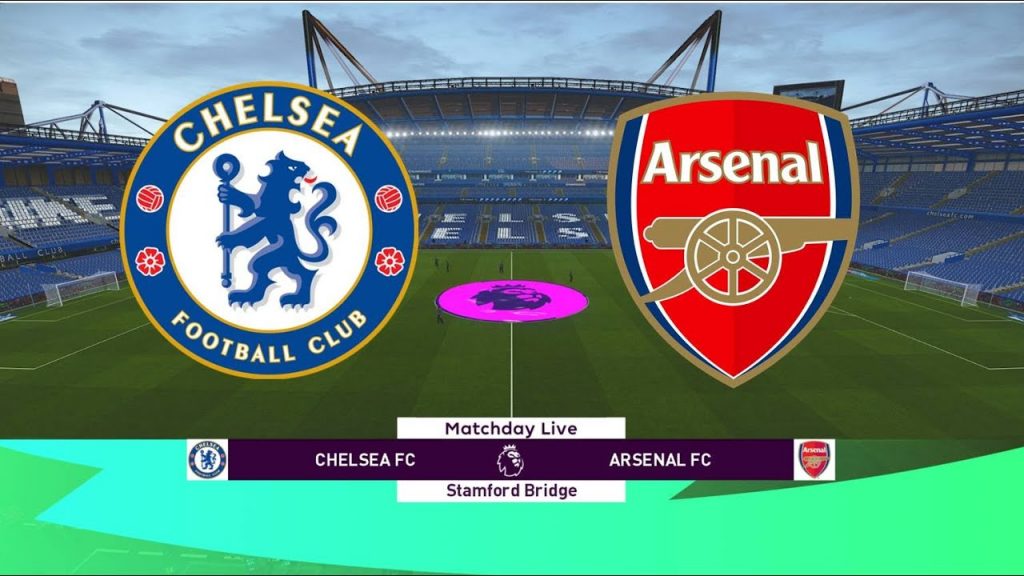 While Chelsea stood their ground against European giants in Real Madrid and made it to the Champions League final last week, Arsenal, on the other hand, were knocked out by the 7th placed La Liga side, Villarreal, in the semi-final of the Europa League.

Both clubs started with a young manager at the helm. Arsenal continued with Mikel Arteta regardless of a disastrous season but this, in turn, shows the lack of ambition in the club, something Chelsea showed by sacking club legend and former manager Frank Lampard and appointed Thomas Tuchel almost immediately with an intent to win the biggest trophies.

Now, with only 3 games left in the Premier League, Chelsea will host Arsenal on Wednesday night to seal a place in the Top 4 while Arsenal will fight to stay in the top half of the table, such is the gulf in class.

Will Thomas Tuchel’s Blues humiliate this Arsenal side?

2 losses in over 3 months at the club, Thomas Tuchel has been relentless in England and has the conquering Europe should Chelsea win the Champions League on May 29. While Tuchel’s early days showed a lack of goals in his side’s otherwise flawless performances, that was never going to be a problem given the talent the Blues have in their squad.

The likes of Timo Werner, Hakim Ziyech, and Kai Havertz have come through for the club in recent weeks, while Mason Mount has been the torchbearer of the club all season. A perfect representation of this was on the weekend against penultimate Premier League champions Manchester City, as Chelsea came back from a goal down to score twice at the Ethiad, with Marcos Alonso’s 92nd-minute winner taking the Blues to up to 3rd in the table. Thomas Tuchel has brought about resilience in the ranks and Chelsea are currently on a roll.

Although the Blues lost to Arsenal at the Emirates earlier in the season, it was completely against the run of form, but Arsenal worked hard on the day to smash Chelsea 3-1 and within a month, Frank Lampard was sacked. There is nothing the Blues would love more than to get back at their London rivals by humiliating them at Stamford Bridge and putting Mikel Arteta’s career on thin ice. Chelsea have the personnel to do so, it is only a case of showing up, something they have managed to do almost every single time they have stepped onto the pitch in the last 3 months.

Andreas Christensen suffered an injury to his hamstring on the weekend against Manchester City and given the fact that the player was taken off immediately, it does not look like the player will be available for selection for the game on Wednesday night. Mateo Kovacic, who has now become a relatively long-term absentee, is still to recover from his injury and gain match fitness. The Croat is expected to be available for the last game of the season, however, he will be out for the game against Arsenal.

Apart from this, Chelsea have a strong and fit squad, and very similar to the weekend, Tuchel might provide opportunities to some of the more fringe players as the Blues are also scheduled to play Leicester City in the FA Cup final on Sunday.

Matter of pride than points now for Mikel Arteta:

What is done cannot be undone and Mikel Arteta will have to find a way to accept this. The only way is upwards for the club and if Arteta wants to do anything to get the fans back on his side, a win against rivals Chelsea would go a long way in doing so.

Chelsea have been unbeatable in recent times and if Arteta can defeat Tuchel at Stamford Bridge, it would be an incredible feat for the Spaniard, who has come under extreme scrutiny and criticism by the Arsenal faithful. Arteta has had a good managerial record against the Blues with Arsenal only losing once under the Spaniard against their London rivals. Arsenal won 3-1 at the Emirates earlier in the season and put out an incredible performance on the day, while Arteta’s FA Cup victory last year also came against the Blues.

However, with Chelsea at full strength and Arsenal with little to nothing to play for, Mikel Arteta will need to provide added motivation to his squad to play for pride and to play for the badge on the front of the shirt, because losing this game will all but end things for Arteta as the club have already recorded their poorest performance in the Premier League since the 1995-96 season.

Arsenal did make easy work of West Brom on the weekend with ex-Chelsea player Willian scoring his first Premier League goal for the Gunners since his arrival in August 2020. While it is too late to look at the positives of the season, Arteta could take the game against West Brom as a sense of motivation for Wednesday night. Arsenal were incredibly solid defensively, while they also looked a threat going forward, and if they could perform the same way against Chelsea, they could cause a major upset to the Blues’ chances of finishing in the Top 4 this season.

David Luiz, who was subbed off in the game against Newcastle United at the start of the month, will continue to be unavailable for selection, as the defender is currently going through the rehabilitation process and could become available before the end of the season. Pablo Mari, who missed the game against West Bromwich Albion on Sunday due to an ankle injury, will be facing a late fitness ahead of the game on Wednesday night.

Similarly, Granit Xhaka, who suffered an injury during the warm-up before the game against Villarreal last week, will need to be evaluated on Tuesday evening regarding his condition and fitness for the game against Chelsea. Lastly, Arsenal’s young and creative midfielder Emile Smith-Rowe might also miss out on the midweek Premier League game due to an injury the youngster suffered to his hamstring in the game against West Brom on the weekend.