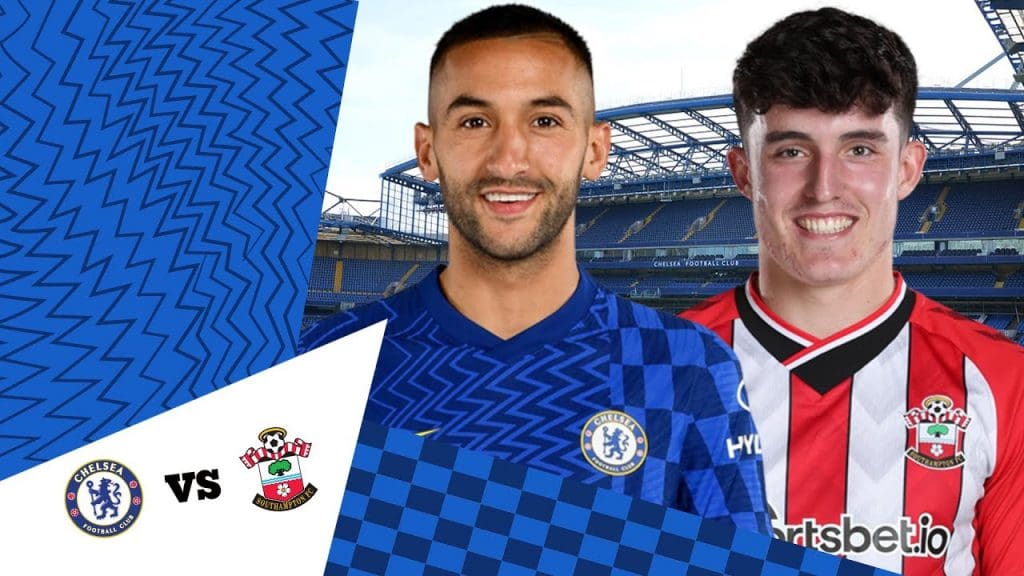 The fourth round of the Carabao Cup features the last sixteen teams left in the competition going against each other to try and progress to the next round. While five ties out of a total of eight feature a Premier League side up against each other, the action is all set to begin at Stamford Bridge with a top-flight contest as Chelsea welcomes Southampton on Tuesday night. The high-flying Blues are currently sitting right at the top of the Premier League standings after nine gameweeks and will look to welcome the Saints who are on a much humbler rung of the league ladder.

Thomas Tuchel’s men are in a hot streak of form, having won four straight games – and will be looking to make it five out of five as well as three home wins on the trot on Tuesday. The past weekend’s round of games in the league saw the Blues humiliate bottom side Norwich in a 7-0 win. A Mason Mount treble helped Chelsea embarrassingly outclass their opponents, as the champions of Europe simply proved to be too hot to handle for the newly promoted Canaries.

As for their opponents, Southampton are currently languishing in 16th place in the points table – only four points clear of the slots meriting automatic relegation. Ralph Hasenhüttl’s side have not had the best of starts to the new season and will go into the mid-week outing off the back of a 2-2 draw with Burnley in the Premier League this past weekend. Goals from the former Chelsea full-back Tino Livramento and Chelsea loanee Armando Broja helped the Saints settle for a point at home – setting up one of the underlying subplots in the mid-week Cup outing.

Both the teams will be going into this fourth-round fixture off the back of qualification on penalties in their respective third-round outings. While Chelsea’s last round fixture ended in a 1-1 draw with Aston Villa which the London side won on penalties, Southampton went away to Sheffield United and progressed on penalties after a 2-2 draw in regulation time. The two teams have already met each other at the same venue once this season, and it was the Blues who prevailed in a 3-1 win against the 10-men Saints after James Ward-Prowse was sent off.

The big boost for the Blues leading up to the game is the availability of N’Golo Kanté, who has recovered from a minor muscle tightness problem in time. While both forwards Romelu Lukaku and Timo Werner are still out through injuries, Kai Havertz is set to continue upfront. Other than Christian Pulisic who continues to be ruled out, Chelsea are fit and raring to go.

As for their opponents Southampton, they will miss their captain James Ward-Prowse who will serve the last game of his three-match ban for being shown a straight red card against the same opposition in the league outing. Chelsea loanee Armando Broja is not eligible to play against his parent club, while the list of absentees through injury include Jack Stephens who is unavailable with a knee injury, as well as Mohammed Elyounoussi who is set for minor surgery on his hand.

ARE CHELSEA TOO GOOD EVEN WITH WHOLESALE CHANGES?

The Blues are stacked with enviable squad depth which enables them to be able to rest important starters and yet dominate any game that they take part in. While there will be wholesale changes from the line-up that made light work of Norwich at the weekend, Chelsea are likely to still prove to be too strong for Southampton. Tuchel has the luxury of being able to field someone of the pedigree of N’Golo Kanté in a Carabao Cup fourth-round clash, and the sheer quality of his resources means that Chelsea are a force to be reckoned with – even with a second-string side.

Malang Sarr impressed on his Premier League debut against Brentford last weekend and will look to retain his place in the Blues’ Carabao Cup starting line-up. Ruben Loftus-Cheek who was set for a start against Norwich but ended up only making a cameo off the bench is likely to start alongside Kanté in midfield. Callum Hudson-Odoi impressed at the weekend with a well-taken finish, and he will look to make the most of his chances with a consistent run of games on the left flank. Hakim Ziyech is likely to start on the other flank, with Kai Havertz ahead of them.

Even with a couple of regular attackers out, this is a very strong Chelsea line-up in all aspects. The last couple of outings saw Tuchel trying to implement inverted wing-backs in his system to cause overloads in midfield, as the wing-back pair often cropped up in mostly central positions throughout the games. The inverted wing-backs bring in their markers into midfield which helps the pair of inside forwards find a lot of space on the flanks. If the Blues are successful in gaining control of midfield early on, one can expect the match to be a cakewalk for the league leaders.

CAN SOUTHAMPTON SPRING A SURPRISE THE HOSTS?

The wisest wager on the outcome of the game would be to predict a Chelsea win, but the true essence of a Cup competition is in an upset – and the underdogs would love to step up to the occasion. Ralph Hasenhüttl’s men have got their fair share of results this season against a top team or two, having secured hard-earned draws against both Manchester City and Manchester United. The resilient Saints also held their own for nearly 75 minutes in the league outing at Stamford Bridge and were in the thick of it until their captain was given the marching orders.

Down to ten men, the Saints stood no chance against the Blues, but it can be a very different proposition on Tuesday. Hasenhüttl might rest a couple of regulars with the weekend’s league meeting with fellow strugglers Watford in mind, like Southampton, will look to line up in their familiar 4-4-2 shape. The Saints will need to prove to be strong enough to withstand wave after wave of Chelsea pressure, and it is particularly the rear guard who will need to be on top form.

One of the key men in that backline is young Valentino Livramento who secured a £5m transfer from Chelsea in the summer. The 18-year-old full-back left his boyhood club in search of regular game time, and his stint at the South Coast so far has been an incredible one – Livramento has quickly become one of the first names on the clean sheet, defending and attacking with equal enthusiasm. Livramento scored his first Saints goal at the weekend, and his duels with Callum Hudson-Odoi on the right flank for Southampton will prove to be a key battle in the contest.

Surviving relegation is the top priority on the Saints’ wishlist for the season, but a deep run into the knock-out stages of a Cup competition would be something that the fans would love to see once again. The Saints reached the final of the competition in the 2016/17 season only to be thwarted by Manchester United, and the fans traveling up the country to West London would love to see their team show grit and resilience even if it does end in a losing cause. All in all, Chelsea’s second-string line-up will likely have enough quality to see the game out in their favour, but the magic of the Cup can always conjure up an upset when we expect it the least.

Mikel Arteta aiming deep cup involvements; Bielsa aiming for a statement from his team!
Is Ebony Salmon destined for a big return to the Women’s Super League?
To Top