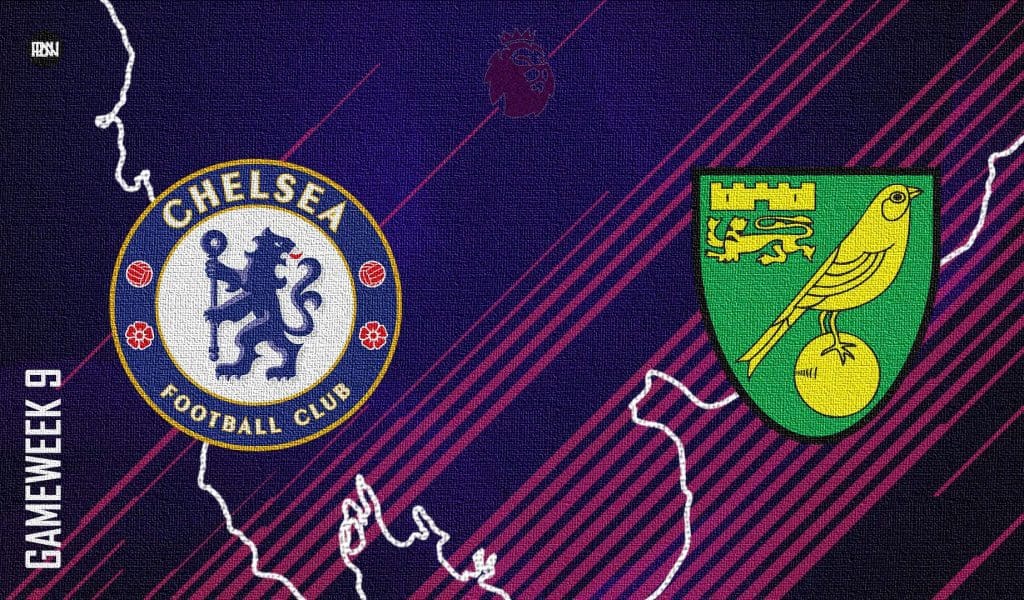 As the season turns two months old and the league standings are slowly beginning to take shape, another matchday of the Premier League beckons. After Arsenal and Aston Villa kicked off proceedings on Friday night, the action resumes with a ‘top meets bottom’ clash when leaders Chelsea welcome bottom-placed Norwich City on Saturday’s early kick-off at Stamford Bridge.

The Blues are sitting a point clear of the rest of the pack, and are fresh off a comprehensive 4-0 win over Malmö in the mid-week Champions League outing on Wednesday. However, Thomas Tuchel surprisingly opting to field a relatively strong side to build confidence did take its toll – as forwards Romelu Lukaku and Timo Werner were both taken off with injuries in the first half.

To make it four straight wins in four games, Chelsea will welcome newly-promoted Norwich City who have not had a great start to life in the top flight. The Canaries are languishing at the bottom of the table after eight match weeks, and are yet to win a game in the league this season. Daniel Farke must have hoped for a change of fortunes from the first time he got Norwich promoted to the Premier League in 2019, but things have not been going his team’s way at all.

Having managed to secure only two points from the opening eight games, Norwich are four points adrift of safety. And with their last top-flight win on the road coming in November 2019, a trip to the league leaders in West London was not the away fixture that Norwich supporters wanted to help break the jinx. Both the teams will however be going into the weekend’s fixture off the back of hard-earned results – while Chelsea’s last league outing ended in a 1-0 away win at Brentford, Norwich held an in-form Brighton and Hove Albion to a 0-0 stalemate at home.

History in the fixture favours the home side, as Chelsea have won 11 of the total 18 times when the two sides clashed compared to Norwich’s four wins – while three games ended in a draw. A solitary Olivier Giroud goal separated the two teams in their last meeting at Stamford Bridge, and it has been 27 years since Norwich beat Chelsea in any competition. The Bridge is not a venue where the Canaries fancy their chances too much, as their last win at the stadium came in October 1993.

The Blues will go into the weekend’s fixture with a number of attackers nursing injury concerns. While Romelu Lukaku twisted his ankle against Malmö, Timo Werner also pulled up with a hamstring injury only a few minutes later – the pair will join Christian Pulisic in the list of Chelsea names ruled out of the fixture. As a result, Kai Havertz is likely to start up front alongside Mason Mount and Callum Hudson-Odoi. Havertz will relish this chance to get back into his manager’s plans, fresh off applying a calm finish against Malmö.

Todd Cantwell is likely to not feature with an Achilles tendon injury for the Canaries, while Sam Byram and Christoph Zimmerman will continue to miss out. Blues loanee Billy Gilmour will also miss out on Norwich’s trip to the Bridge, as he is deemed unavailable to meet his parent club. But despite the concerns, not a lot of changes are expected from the Norwich team that drew Brighton to a 0-0 draw last weekend. Norwich only won their second point of the season, and have kept two consecutive league clean sheets – Farke will like to stick to a working plan.

A winless Norwich who have been buoyed by back-to-back goalless draws in the league against Burnley and Brighton will look to make it three clean sheets in a row against a depleted Chelsea attack on Saturday. With both the Blues frontmen Lukaku and Werner missing out, Chelsea looks much less incisive on paper – and Norwich will be looking to frustrate their hosts if they do not take their chances well. However, the Chelsea squad is one of the deepest in the league this season, and hence their quality shines through even with significant absentees.

Kai Havertz is not a bad option to fill in as a deputy upfront, as the talented German impressed in a similar position in Chelsea’s successful European knock-out campaign last season. Thomas Tuchel will hope that having both his strikers ruled out turns out to be a blessing in disguise, as it might help Havertz regain the form and confidence that he ended last season with. The young German brings more to the Chelsea team than what meets the eye, as his constant pressure, ball-retention, and movement in between the lines give the Blues a different dimension in attack.

Stopping Havertz from linking up with his partners in attack will be the priority agenda for the Canaries on Saturday. Norwich are expected to continue with three at the back, and Farke will hope that their wingbacks will stop Chelsea from causing overloads on the flanks as they often do. Despite their recent habit of getting clean sheets, Norwich are one of the worse defenses in the league having conceded the second-most goals this season (16) – and worryingly for them, the attackers have not done any better either. Norwich have gone four games without a goal since Teemu Pukki last scored against Watford, and scoring will be even more of an uphill task against the joint-best defense in the land – the Blues have conceded only three league goals this season.

In the absence of Romelu Lukaku and Timo Werner, Kai Havertz will be the Blues’ main man upfront on Saturday. While last season ended on an incredible note for Chelsea’s Champions League final match-winner, the start to this season was more of a mixed bag – after scoring against Liverpool, the 22-year-old experienced a slump in form that saw him being replaced in the starting line-up. But injuries to both Chelsea forwards in mid-week meant that Havertz came off the bench to make an impact against Malmö – the young German played his best game in weeks and scored Chelsea’s third goal of the night. Havertz will look to impress against Norwich and stake a claim for a starting spot in Tuchel’s meritocracy once again.

If Norwich are to get anything out of Saturday’s game, their talisman Teemu Pukki needs to be at the top of his game. The Canaries have had goal-scoring problems having only scored two goals in the league despite racking up a collective expected goals (xG) of 7.1 this season – and it is the Finland international who has scored both. One does not expect Norwich to get a plethora of chances against a team of Chelsea’s quality, but if they do – Pukki needs to be at the right place at the right time to capitalize. Pukki scored eleven goals in the 2019/20 season that ended with the newly-promoted Canaries being relegated back to the Championship, and he needs to bag a fair few if Norwich are to escape fate this time around.