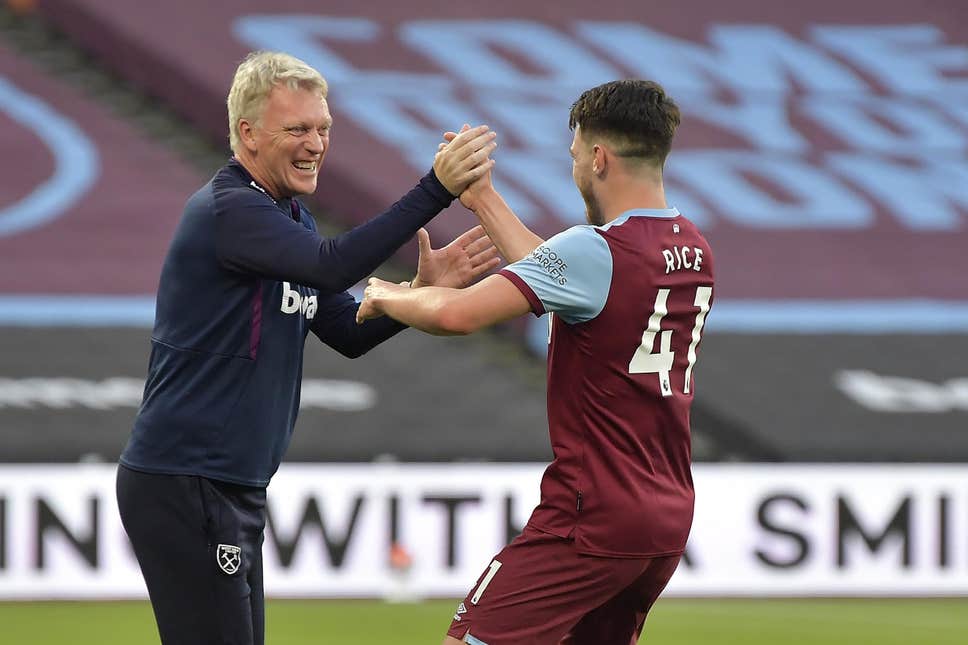 According to reports making the headlines in England, Chelsea could be set to continue their pursuit of West Ham United midfielder Declan Rice.

The west London outfit are understood to be keen on the midfielder and are prepared to include Ross Barkley in any deal that will see Rice end up at the Stamford Bridge.

Frank Lampard’s team are expected to wrap up a deal for Rennes goalkeeper Edouard Mendy after reaching an agreement with the French side.

And reports claim the Blues could turn their attentions to the England midfielder once they complete a move for the Senegal international over the weekend.

Lampard’s team have had majority of their transfer business sorted ahead of their first Premier League fixture against Brighton & Hove Albion on Monday.

Hakim Ziyech, Timo Werner, Ben Chilwell, Thiago Silva, Malang Sarr and Kai Havertz have all been signed by Chelsea as they look to match Manchester City and Liverpool for the league title this season.

However, they will need to trash out some dead woods in the squad if they are to continue their spending spree and the club is willing to use Barkley as a makeweight to sign Rice before the October 5 deadline, according Football Insider.

The publication also claims Chelsea owner Roman Abramovich has given the go ahead for the 26-year-old to leave Stamford Bridge to join the Hammers with Rice coming in the opposite direction.

Barkley could be given much game time at the London Stadium should he end up being used in the deal. The England international played under manager David Moyes during their time together at Everton.

Since moving to Chelsea from the Goodison Park, Barkley has featured 83 times for the Blues, scoring 10 goals and laying on a further 11 assists.

Rice scored once and provided three assists in 39 appearances for West Ham last season across all competitions, and his ability to dictate the game is the reason why Lampard is keen on him.