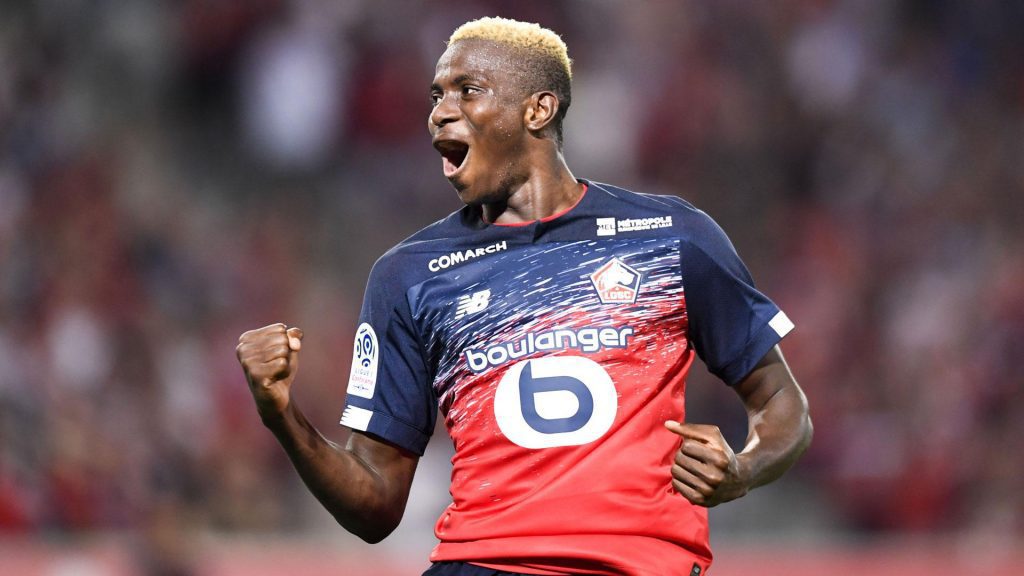 Chelsea are said to have made a contact with Ligue 1 side Lille, over prospect of landing highly rated 21-year-old Nigerian striker Victor Osimhen. [Le10Sport]

It is known that Chelsea are looking for ways to bolster their squad with more attacking options, due to few quality options in their attack especially upfront.

With the World cup winning French striker Olivier Giroud possibly leaving the Stamford Bridge side this summer, while Michy Batshuayi hasn’t been able to convince the club and fans of his capabilities eversince he arrived at the London based club. Batshuayi hasn’t showed any form of consistency nor had any memorable influence in the team, despite been sent on-loan to Borussia Dortmund, Valencia and Crystal Palace to enable him actualise his full potential, which unfortunately hasn’t gone as expected. 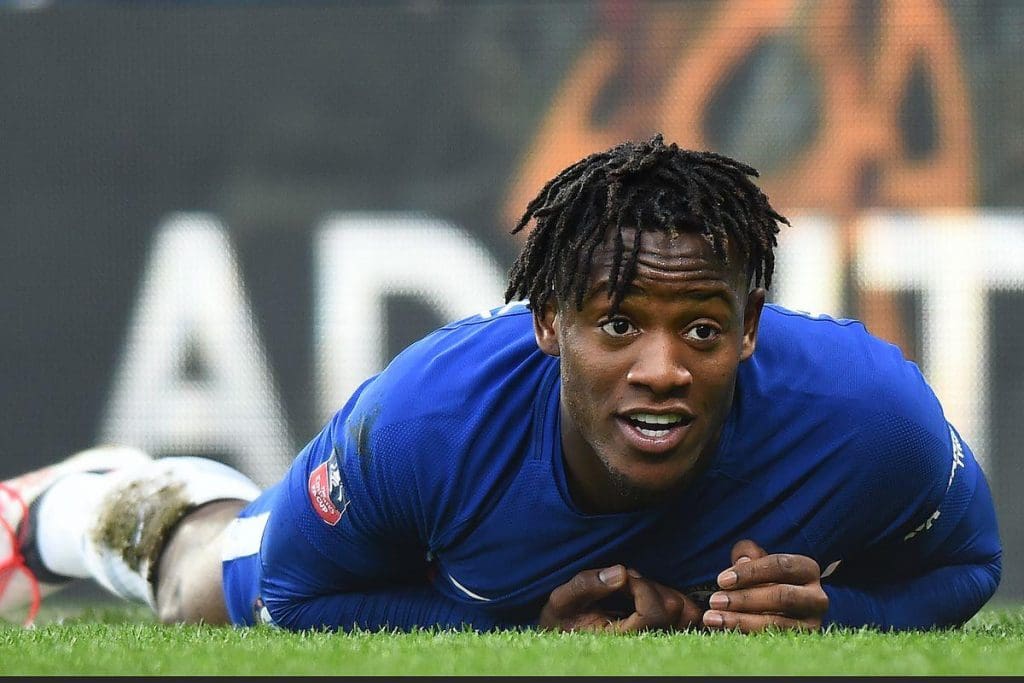 Coming back to Chelsea for 2019/2020 season, Michy has been a bit-part player, mostly coming off from the bench.

Chelsea’s main striker this season have surprisingly been Tammy Abraham, an academy graduate who haven’t had much top flight experience compared to his other counterparts.

He has previously had loan spells at Bristol City, Swansea City and most recently Aston Villa, where he ended 2018/2019 campaign with 26 goals in 40 appearances, the second-most by any player in the league behind Norwich’s Teemu Pukki and contributed immensely to their promotion to top flight. 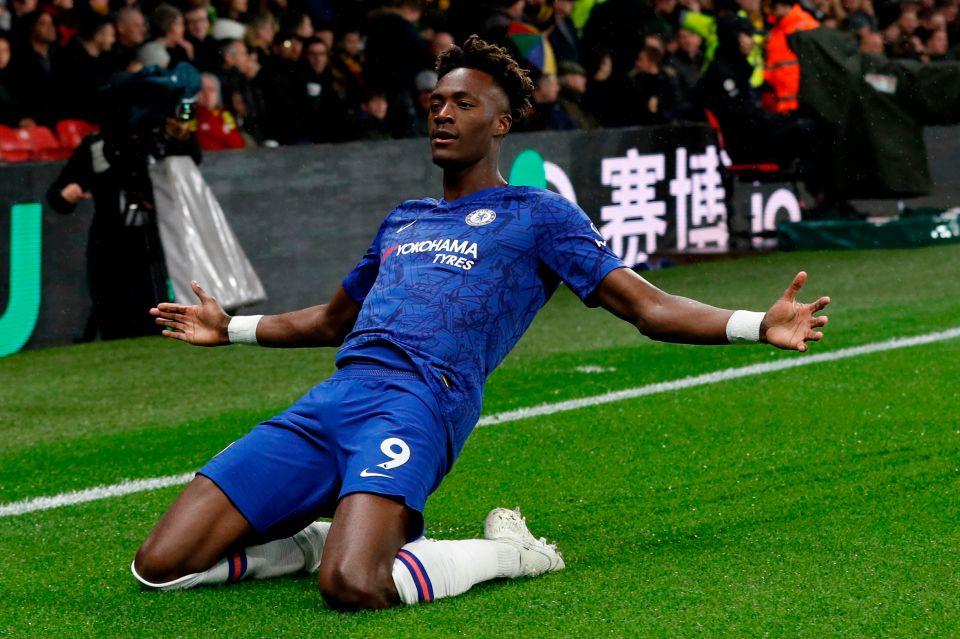 The 22-year-old have been one of Chelsea’s shining light this season, and as arguably shouldered the goal scoring responsibility, which has earned him a consistent run of games with the first team.

With Giroud’s contract extension still in doubt and a possible departure of Michy Batshuayi in search of first team game, Chelsea are understood to be in the hunt for an attacker, who is capable of competing with their young England international striker Abraham.

Now, Lille’s summer signing Victor Osimhem have been muted to be Chelsea’s choice of forward been put into consideration for a summer transfer to Stamford bridge. 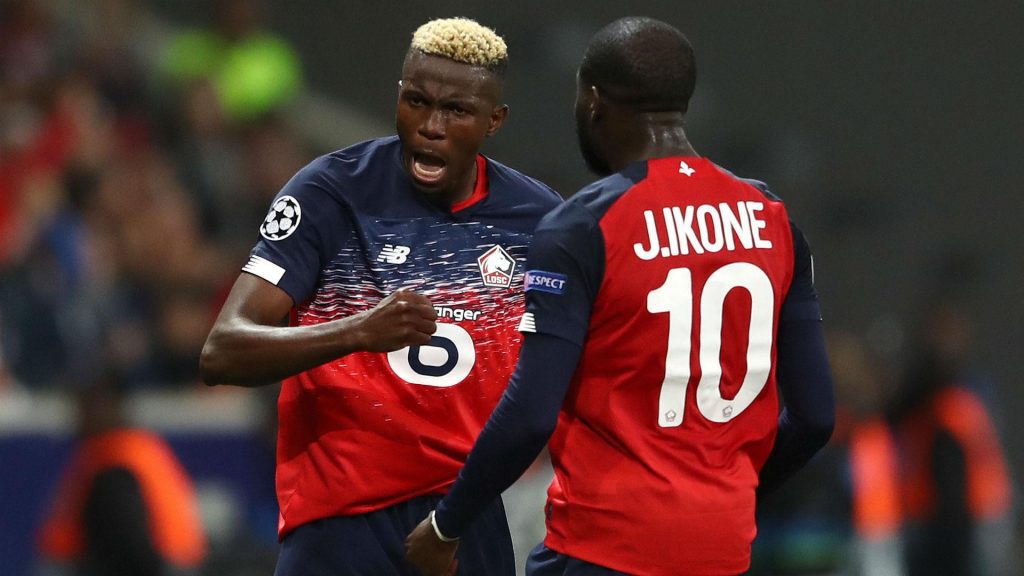 Osimhen has been on superlative goal scoring form since signing for the French club, hereby scoring 13 goals in 27 league appearances this season. He has been able to shoulder the goal scoring responsibility for his French club seamlessly, which was formerly earned by Arsenal’s record signing Nicolas Pepe who was Lille’s top scorer last season.

Osimhen have been credited for his ability to score and create scoring chances for himself at ease and also for other attributes like power, pace and aerial threats coupled with his intelligent movements in and around defenders, which are regarded as his major threats that makes him a nightmare for defenders.

With Chelsea supposedly to have been in contact with Lille for Osimhem’s signature, a sizeable fee for the young striker might tempt Lille to allow their top striker to leave the club after just a season at Stade Pierre-Mauroy. 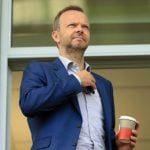 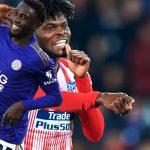