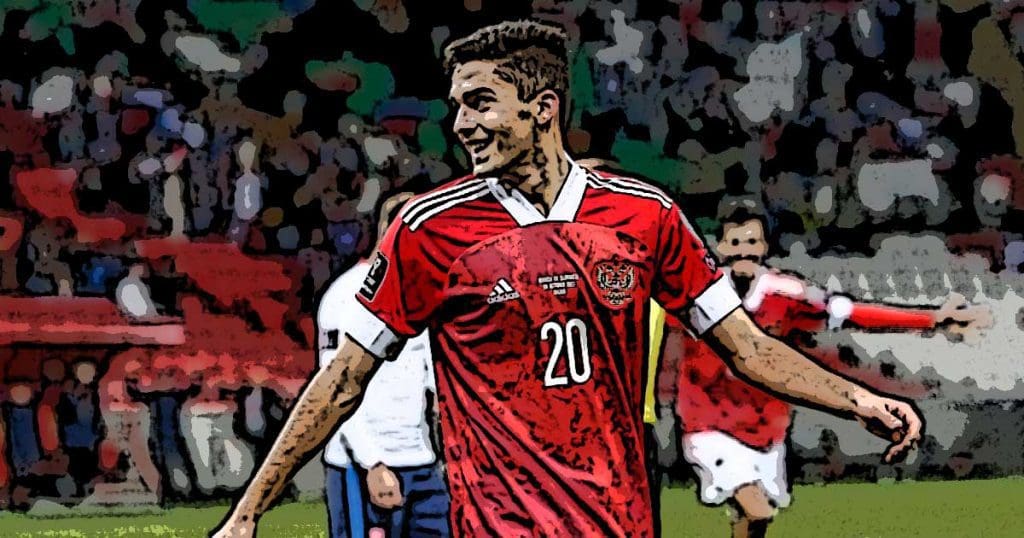 It was in the 2011/12 season when Eden Hazard came into the spotlight of European football after an incredible campaign in France. Hazard helped Lille win the Ligue 1 title while finishing the season as the Player of the Year, and it was within no time that top European clubs wanted him. But it was ultimately Chelsea’s well-timed Champions League triumph that helped bring the young Belgian to Stamford Bridge, and his seven years in West London speak for the success of the deal. After winning a second title after nine years, the Blues are looking to repeat history.

A number of clubs including the European champions have reportedly been in pursuit of the next big thing in Russian football in Arsen Zakharyan. The Russian wonderkid is dubbed as one of the best prodigies in the game at the moment, and his reputation has drawn clubs like Chelsea, Liverpool, and Barcelona to enquire for him ahead of the winter transfer window. In this piece, we will profile the prodigious teenager who is likely to have the world at his feet in a few years.

Arsen Zakharyan is a right-footed 18-year-old midfielder of Armenian descent who can play in almost any position in midfield or upfront. Since making his senior debut for Dynamo Moscow in 2020, the teenager has not looked back as he has racked up numbers at his age that any of his peers would be proud of. He has scored five goals and has had 12 assists since his debut for the Moscow outfit, out of which two goals and six assists have come in the 2021/22 season.

Zakharyan is a versatile midfielder who is usually deployed in multiple positions – either as a wide midfielder on either flank or as an attacking or central midfielder. The Russian teenager is quick with his feet, and possesses creativity as can be judged by his creative stats – Zakharyan has had the most assists this season (6) in the Russian Premier League. Having racked up two goals and six assists in the league this season in 592 minutes, the 18-year-old averages a goal involvement every 65.77 minutes – making him quite an efficient attacking outlet for Dynamo.

Arsen Zakharyan has also created a total of 36 chances and made 31 key passes in the league already this season, racking up impressive numbers that make him one of the most creative players in the country. He has already represented his nation at his precocious age, making four appearances for the Russian football team – and becoming the youngest player to play for Russia since one of the greats of the Russian game in Igor Akinfeev. Zakharyan also overtook Alan Dzagoev to become Russia’s youngest outfield player in history at only 18 years, 3 months and 5 days.

Although Zakharyan might be quite the secret to the general population of football followers, he is rated very highly for his age by the niche – the teenager was chosen as one of the 60 best young talents born in 2003 by The Guardian in 2020. Even though he is currently out of action with a thigh injury and is set for a return in early December, his exploits for Dynamo this season have caught the attention of top European clubs who will be willing to get him on a cut-price deal in the summer. However, Dynamo do not intend to part with their young starlet so soon.

In conversation with KP Sport, Dynamo Moscow director Sergey Stephasin has said that Zakharyan is still very young and should play in Russia for another 2-3 years amidst interest from Chelsea. But a clause in his contract stating that the teenager will be available for a meagre sum of £12.8m next summer means that the top European clubs will be circling around to secure his services – with clubs like Liverpool, Man City, and Barcelona joining Chelsea in the race.

But even though it might not cost a lot to sign the youngster, the risk factor of signing a largely inexperienced teenager in the most competitive league in the world is always a factor to be acknowledged. Nevertheless, if Chelsea does end up signing Zakharyan, they will get a player who is certain to bloom into his best over the next two to three years, and in the best-case scenario – will go on to emulate former winger and club legend Eden Hazard, in terms of both talent and impact.