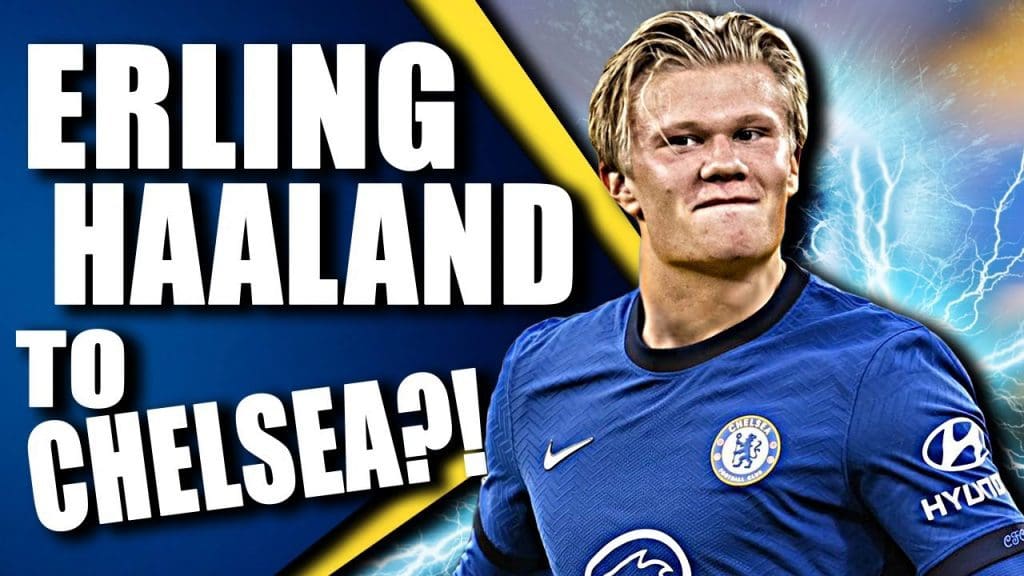 Erling Haaland has been in stupendous form this term, as the Norwegian has scored 27 goals in 26 games in all competitions while he has also provided 8 assists. The 20-year-old is the top scorer in the Champions League this season with 8 goals, as he has obliterated oppositions this campaign, with his latest goals coming in Dortmund’s first leg of their Round of 16 ties against Sevilla as the German club secured a 3-2 win away in Seville. Haaland was the man of the match as he scored 2 goals and provided an assist for Dortmund’s first goal.

However, what was equally impressive was Haaland’s all-round game as he would come till deep to receive the ball and then make powerful direct runs towards the Sevilla backline which was causing a lot of problems for the men in white & red. Dortmund’s first goal was an absolute beauty by Mahmoud Dahoud who banged the ball from outside the box with the inside of his foot, however, the pass that Dahoud received for his goal was all down to Haaland and it highlighted the fact that he is not just a penalty box striker as he held the ball up until his team-mates joined him in the attack, after which the Norwegian put the ball between the legs of a Sevilla defender as he then found Dahoud who in turn found the back of the net.

This is precisely why several clubs want to bring the 20-year-old to their club, with Chelsea desperate for the Norwegian’s signature. ‘When I saw Mbappe score a hat-trick yesterday, I got free motivation, so thanks to him’ – were the words of Haaland after his brace against Sevilla and this is exactly the kind of hungry striker that Chelsea are lacking, somebody who wants to go out there to win and score goals to compete with the best in Europe.

Chelsea were always interested in Erling Haaland but the arrival of Thomas Tuchel has only solidified their interest in the youngster with Tuchel being a big fan of Haaland, and more importantly, Thomas Tuchel dreams of a team with a front 2 of Timo Werner & Erling Haaland. Timo Werner was effective under Julian Nagelsmann at Leipzig in a two-striker system as he played off a huge striker with his pace being extremely effective in such a system. This, however, is currently not the case at Chelsea as more often than not he plays on the attacking left in a 3-4-2-1 formation and the German is pushed to the left of a front 3 in which he does not look all that comfortable.

In a 4-4-2 formation, Tuchel could fluctuate with his 4 in midfield with providing enough game-time to Kai Havertz and Mason Mount if they opt for a diamond in midfield, while a 4 in midfield with wingers could provide Christian Pulisic and Hakim Ziyech to showcase their talents on the pitch. Tuchel is very aware of the fact that Chelsea has not been able to score more than 2 goals since his arrival and sooner or later it will come back and bite Chelsea. Thus, Chelsea has made Erling Haaland their priority this summer with the Norwegian ready to go to any club that offers him a 78 million Euros package, as reported by the English outlet, the Daily Mail.

WHAT DOES THIS MEAN FOR TAMMY ABRAHAM?

Chelsea’s academy graduate and now their first-team striker, Tammy Abraham has been the club’s top goalscorer this season with 12 goals in all competitions, and in all honesty, he provides a different dimension to this Chelsea setup. At the start of the season, he was the main reason why Kai Havertz bagged a hat-trick, albeit coming against Barnsley, but it showed that Abraham wanted the newcomers to feel comfortable and wanted to incorporate them into the Chelsea lineup as soon as possible. He was more often than not a starter under Frank Lampard and he has received plenty of game-time under the new head coach in Tuchel as well. But recent links to Erling Haaland and Tuchel’s changing lineups are not an assuring factor for Abraham regarding the fact if he is seen as the main striker in the long term for Chelsea. Over the past week, Giroud has made a very strong case to become the starting striker for Tuchel with his overhead kick against Atletico being a decisive factor into who will head the frontline against Manchester United at the weekend.

Tammy Abraham was the club’s top goal scorer last campaign as well, as the Englishman scored 18 goals in all competitions with 15 of them coming in the Premier League, however, a huge chunk of that came in the first half of the season with Olivier Giroud coming good for Chelsea towards the back-end of the season in Chelsea’s push towards the Top 4.  Tammy Abraham has his perks but the attacker lacks a certain striker mojo that prevails in most lethal strikers in the Premier and Europe.

He is not amazing at finishing while his heading ability could also be better. He is a decent goal-scorer who will provide you 10-15 goals in a season but that extra bit, that hunger to get to 20 goals, the determination to work day & night to become a 30-35 goal striker is what is missing. He is great at bringing people into the game but that is only because of his aerial presence, not because of his creativity. If you made a list of the important contributions made by a Chelsea striker in the past 2 seasons, Olivier Giroud will come out on top, not Tammy Abraham. The difference will not be by a landslide margin but the fact that there is a difference between the 23-year-old and an aging Giroud, albeit he has maintained himself pretty well, does not bode well for Abraham.

With Erling Haaland on the horizon and Timo Werner trying to get back up to speed and return to his goal scoring, the chances of a starting position for Tammy Abraham in this Chelsea side look extremely bleak. Tammy Abraham is not looking to extend his contract either as he is well aware that if not Chelsea, many clubs around Europe need potent strikers and if Abraham has the confidence and hunger in him, he will ask for a transfer this summer and if Chelsea are offered something in a reasonable range, they might just look to offload the 23-year-old to make room in an otherwise stacked squad, or even so, for any upcoming transfer business they might have up their sleeve.

Is Gabriel Jesus ever going to become the player Manchester City thought he would?
Could Arsenal & Spurs both finish in Premier League Top 4?
To Top