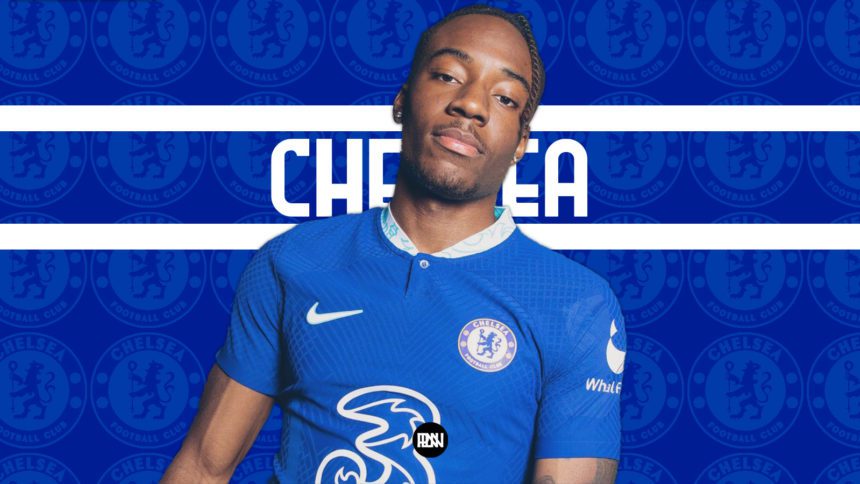 Todd Boehly has taken the English Premier League by storm as the Clearlake Capital ownership continues their humungous spending spree. Chelsea announced the signing of PSV Eindhoven’s English winger Noni Madueke in a deal worth 30.5 million pounds on a lengthy seven-and-a-half-year contract with an option to extend for another year. The Englishman joins Datro Fofana, Benoit Badiashile, Andrey Santos, Mykhailo Mudryk and Joao Felix who have all arrived at the West London club this summer.

This signing takes the new Chelsea ownership’s spending to 468.6 million pounds since the start of the last summer transfer window which has seen 14 new signings join the Blues. Clearly, the owners mean business and have not been shy of shelling out money to improve the squad with Vision 2030 in mind which has been the foundation of their recruitment so far. The restructuring of the club’s hierarchy and the appointment of Christopher Vivell as the technical director has further eased the transfer process at the club.

Madueke started his career with Chelsea’s bitter rivals Tottenham Hotspur wherein he was a part of their youth setup. He moved to PSV Eindhoven’s U-17 side in the 2018/2019 season on a free transfer and since then has been in the Netherlands playing for the Dutch side’s youth sides. His impressive displays for the U-17, U-19 and U-21 teams got him his first senior start in the 2019/20 season and the 20-year-old has been a first-team player ever since.

The Premier League fans would liken him to an “English Allan Saint-Maximin” as the winger has similar attributes and dons a bandana on the pitch like Saint-Maximin who is the only player in the league to wear the accessory while playing. Madueke’s precise dribbling, ability to attack the backline and get past his man are his biggest strengths. Predominantly playing on the right wing, he is left-footed but can cut in on his right foot from the opposite flank too making him a versatile winger.

His stats for PSV this season even though he missed the majority of the season due to an injury are exceptional for a 20-year-old. He ranks in the 99 percentile for Non Penalty xG per 90 (0.60), Shots taken per 90 (4.56), dribbles completed per 90 (4.74), touches in the attacking penalty area per 90 (8.85) and non-penalty goals expected goals plus assisted goals (0.97) in just 8 appearances this season in all competitions.

An upgrade over all of Chelsea’s current wingers

Chelsea have struggled to score this season majorly because of their attacking players misfiring. Raheem Sterling, Christian Pulisic and Hakim Ziyech have all been out of form and spent the majority of this season on the treatment table. Sterling’s arrival in the summer for 45 million has not gone as planned as the Englishman has failed to make the impact the fans would have wanted at the West London club having scored just 6 goals in 21 matches.

Christian Pulisic and Hakim Ziyech have also failed to live up to the 60 million and 35 million price tags respectively since arriving at the club as the duo have been inconsistent and haven’t been able to cement a place in the starting XI. Compared to their rivals, Chelsea have by far had the most unproductive wingers with the likes of Mason Mount and Kai Havertz who are attacking midfielders being used as inside forwards. The acquisitions of Noni Madueke and Mykhailo Mudryk look like the answer to the problem the Blues have been having of failing to replace Eden Hazard since his departure in the summer of 2019.

This plan was initially formed under the Roman Abramovich era in 2019 but came into effect last summer as the new American owners’ Todd Boehly and Behdad Eghbali want to have a “starting XI of world-class players on long lucrative contacts who are aged 25 while also allowing the academy players a pathway to the first team”. This project has been the primary focus ever since Boehly brought out his cheque book to sign players. Carney Chukwuemeka, Gabriel Slonina, Cesare Casadei, Omari Hutchinson, Andrey Santos, Datro Fofana, Benoit Badiashile, Mykhailo Mudryk and now Noni Madueke have all been signed on lengthy contracts of upto 8 years with this long term goal of the club.

The future looks very bright for the Blues even though the present-day struggles have been kept on the back burner for now. The “transitional phase” and injuries have played a big role in the Blues’ downfall as they sit 10th in the league. Madueke will no doubt immediately be a first-team player and looks likely to make the right-wing spot his own. A potential midfield and attack of N’golo Kante, Mateo Kovacic, Mason Mount, Mykhailo Mudryk, Joao Felix and Noni Madueke when Potter will have a fully fit first-team squad should send jitters down the Blues’ opponents and excite the fans as the club has taken significant steps in identifying the major weaknesses in the first XI and fixing them immediately with talented young prospects for whom the sky is the limit. 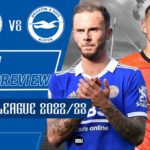 Decoding Mykhailo Mudryk: A closer look at Chelsea’s new attacker and the meaning behind his tattoos
Leave a comment