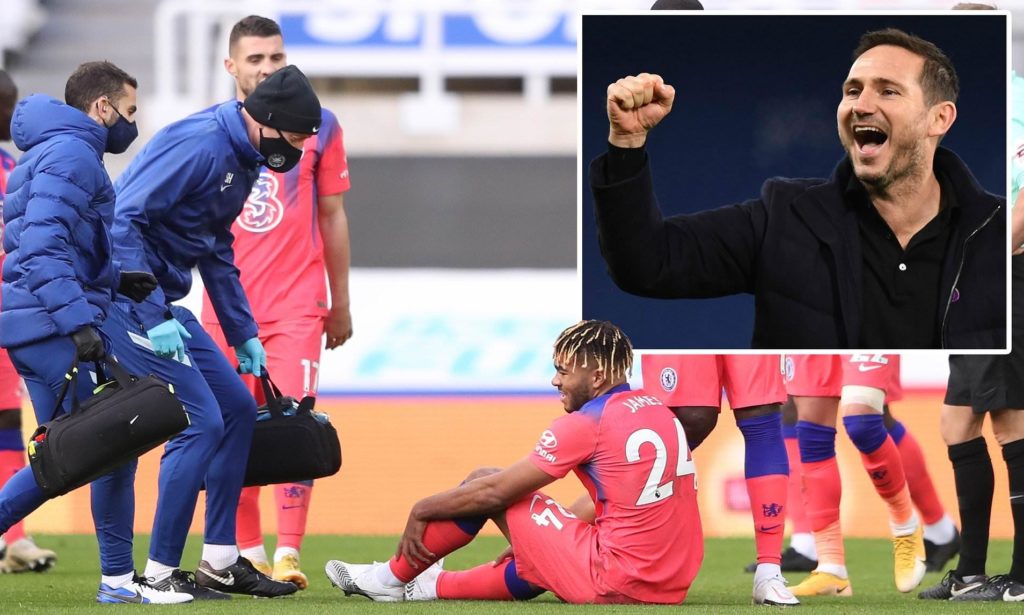 Chelsea were performing at their utmost best couple of weeks back and by then they were definitely one of the best performing European teams. But have they now caught an evil eye?

With just a point in their last three games all over the Europe, Chelsea have become the critic favourites and do need a turn-around in their fortunes. But their worries are not just limited on the field as they face injury issues off the field as well. With Hakim Ziyech and Hudson-Odoi already ruled out for a short span of time, now a major blow is potentially on the cards with reports of Reece James being ruled out due to his knee issues.

According to Simon Johnson of The Athletic, Reece James did complain of great pain in his knee after his training on Saturday and thus had to undergo a scan. He had troubles with his knee in his last few matches but was able to continue due to earlier reports saying that it was nothing serious. But now things could be as worse as operation worthy and this could rule him out for a hefty amount of games.

James, this season has definitely stepped up as one of the most influential players in the league and also claimed his stake as the best right back in the league. Chelsea have relied on him in both attacking and defensive halves and he definitely has been one of the best in both phases. He has been lethal as always on his crosses but this season has stepped up his game in defensive aspect as well. He is now the favourite to win one-on ones against the best of attacking threats and thus is now par with the Best in his Position.

This definitely could be a huge blow for the team but they do have the best back-ups in form of the Club Captain, Cesar Azpilicueta. He could be the best back up options one could imagine and thus Reece’s absence in the defensive half will not be much heard. In the attacking half, Hakim Ziyech will now have to take the responsibility on himself to cross in the balls with utmost precision. Another opportunity could be for club graduate Livramento who has been one of the best players of the development squad. He could be getting minutes in the FA Cup games and will have the opportunity to prove his worth at the highest level possible.

As of now as things stand, Reece is in contention against the Hammers but will be assessed in the next 24 hours based on his scan reports.