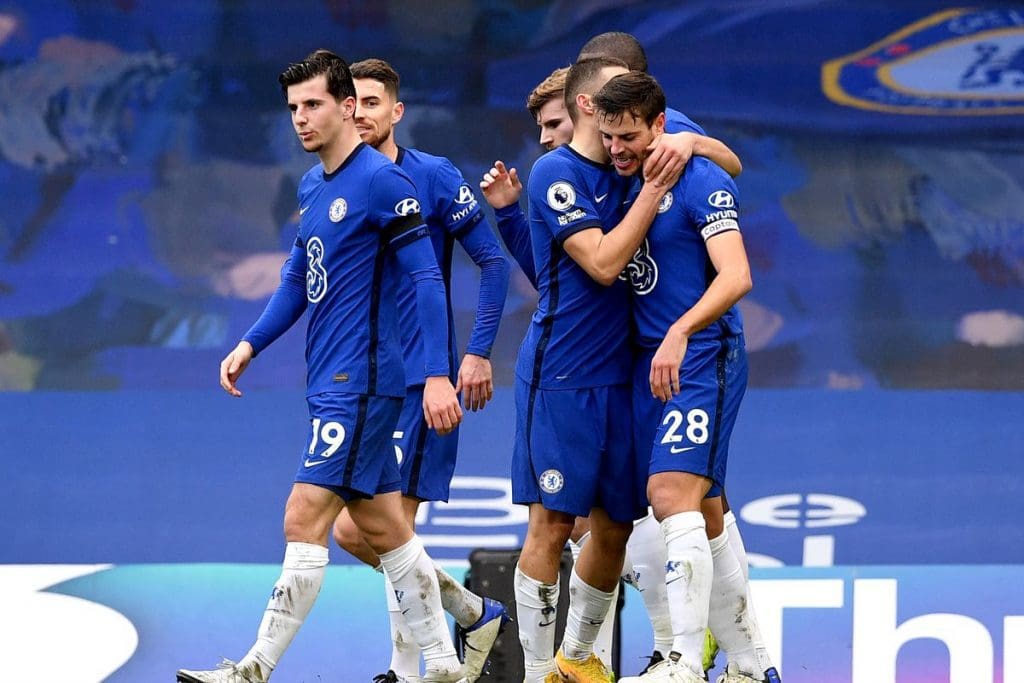 Can Chelsea be Jose Mourinho’s nightmare again? Can the London Blues haunt their old gaffer with the new spirit?

Jose Mourinho’s Tottenham Hotspur host fellow London side Chelsea in the much-awaited London derby. The last outings for both the teams have been nothing less than dramatic. Once termed as potential title contenders now find themselves slipping. Both teams sit on 33 points with the Spurs having a game advantage but Chelsea could very well nullify this after their encounter.

The new gaffer in the town has brought new hope in the Chelsea squad and two consecutive promising results on the field have shown promise. But this will be his first-ever big challenge with the new team.

Thomas Tuchel will look to stick with his winning formula as the team looks to have settled well with this style of play. But Tuchel is known for surprises as he loves to play differently in each game. He has a squad that is flexible and can offer a wide range of versatility and thus something new would not surprise anyone much.

Two clean sheets in the first two games in-charge, Tuchel has helped Chelsea with the stability at back and thus needs to focus more on the attack. Mendy with an experienced back 3 of César Azpilicueta, Thiago Silva and Antonio Rudiger will continue at the back. All 3 in defence have not put a foot wrong and thus their leadership at the back will be crucial in the game against mighty Spurs. It will be interesting how Jose counters this solidarity that too with the absence of Harry Kane.

The revolution in the Chelsea squad has been the introduction of ‘Double Six’ with two more attack minded wingbacks. Jorginho and Mateo Kovacic have proven their worth and looked at their best in Tuchel’s first two games. But with a returning N’golo Kante, who is considered as the new manager’s favourite, will definitely have a role to play. If he is fit enough to start then he will replace the Italian.

Also, Callum Hudon-Odoi is on a road to redemption but with a new role. Playing as the wing-back he has been Chelsea’s best player and will hope to exploit through his same right side against Spurs. On the opposite flank, Marcus Alonso was at his best after starting his first game after long. But seeing the intensity of the match, Ben Chilwell might make a return for Chelsea as he is more defensively sound and Jose could exploit the defensive inabilities of Alonso.

Two attacking 10s with a free striker up top looks the go for the game for Tuchel. A partnership of Tammy Abraham and Timo Werner was not as successful against Burnley and thus a shift to two 10s will be the best.

Mason Mount has just proved that he isn’t just the ‘Lampard’s son’ and has given his best even under the new manager and thus will be the one to start. Alongside him, Christian Pulisic and Hakim Ziyech would contest for the spot as Havertz is out injured, but with Ziyech missing out last game, it seems Pulisic could get the nod and start over the Moroccan who could play a big part off the bench.

Upfront again a battle of 3 will be fought but we predict Timo Werner to be trusted again by Tuchel as he has given few glimpses of great runs and this could definitely help exploit the Spurs’ defense.

Tottenham vs Chelsea: Can Mourinho save his sinking ship?
Will Chelsea ever find a place for Ross Barkley in their ranks?
To Top