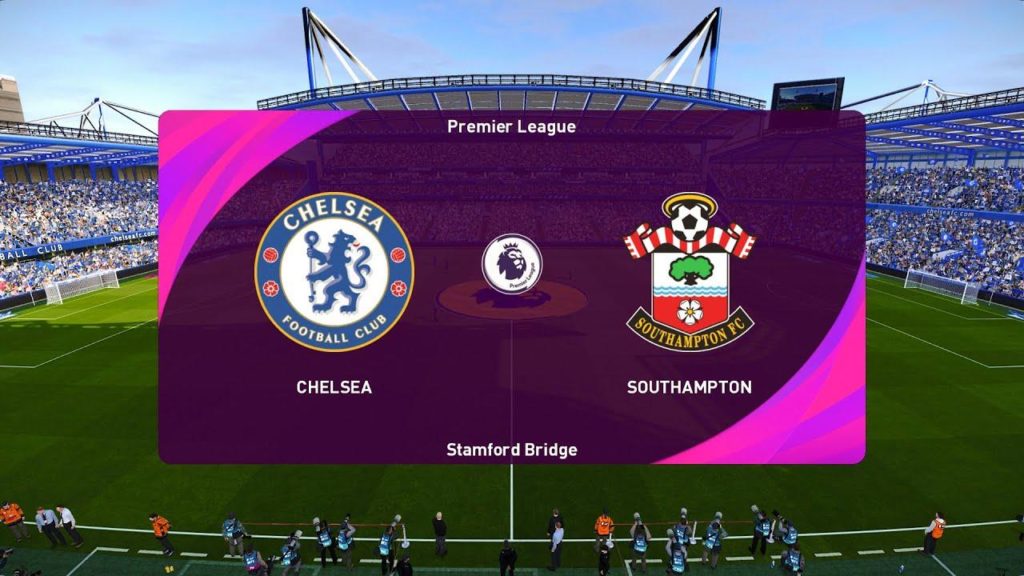 Chelsea welcome Southampton to Stamford Bridge on Saturday and they will look to keep up the form they showed in their previous game. The Blues were dominant in their previous game against Crystal Palace and Frank Lampard will like to see more of that from against Southampton. With more players fit and available a very enjoyable selection burden continues for Frank Lampard and it will be interesting to see how Chelsea lineup this Saturday.

Southampton however, will be looking to cause an upset and repeat their performance of last December and pick up a win Away at the bridge again. An inconsistent Chelsea had failed to score in that fixture, but this season they look full of goals, and they will be looking to exact revenge on Ralph Hasenhuttl’s side. On the hunt for another win, here is how Chelsea could lineup against Southampton:

After growing concerns that Mendy’s withdrawal from the Senegal squad was due to injury. It seems increasingly likely that the Senegalese no. 1 will be fit to feature against Southampton and will feature between the sticks for Chelsea. Although Lampard might not want to take a risk and could choose to start Kepa Arrizabalaga after the Spaniard managed to keep a clean sheet on International duty, that clean sheet would surely help boost his confidence and a start on Saturday will give him hope that he can still fight for his spot as Chelsea’s No.1.

The French Connection worked just fine in London for the Blues against Crystal Palace and if Lampard is looking for some solidity and stability at the back then he would not want to change a system that is working. With Mendy, Silva, Zouma and Azpilicueta all speaking French the communication at the back has become easier and the Defense looks more organized. The one concern for the Blues was new Left back Chilwell who had returned early from international duty due to injury, but it looks like that was just done as a precaution and the Left back who got a goal and an assist in his Premier League Debut for Chelsea will start.

Lampard would Likely stick to the same midfield pivot that worked so well against Palace, with Kante doing the robust defensive work and recovering possession, and driving on forward on the break, while Jorginho was moving the ball around and pulling the strings in midfield. The Pivot is designed to suit the best attributes of the two midfielders and Against another team that would most likely sit deep against Chelsea, there is little reason to change a system that has been working so well.

After getting 30 minutes and an assist on the board for Morocco, Hakim Ziyech is finally back to full fitness and will most likely start the game at Stamford Bridge, This will be Ziyech’s competitive debut for Chelsea and it looks like a ripe time to bring in the exciting Winger.

On the Opposite flank Hudson-Odoi has earned himself a place in the starting line up. Christian Pulisic might be rested for this one keeping in mind the Champions League game against Sevilla in midweek although it could be the other way around with Pulisic and Hudson-Odoi swapping starting positions.

Havertz will be the creative outlet in his most favoured No. 10 position, where he featured for Germany during the international break. He got a goal and an assist against Switzerland and will be expected to bring the same form to the game on Saturday.

It has been a rough start for Werner in a Chelsea shirt as he is still looking to open his account in the Premier League, he has been played out of Position so far by the Blue’s Boss so far but that could change in this game. Timo Werner is lethal when he starts through the middle and with other wingers back to full fitness, Werner will be moved to his preferred position. His chances of getting on the score sheet will be high with Ziyech and Havertz there to provide him with high quality chances.