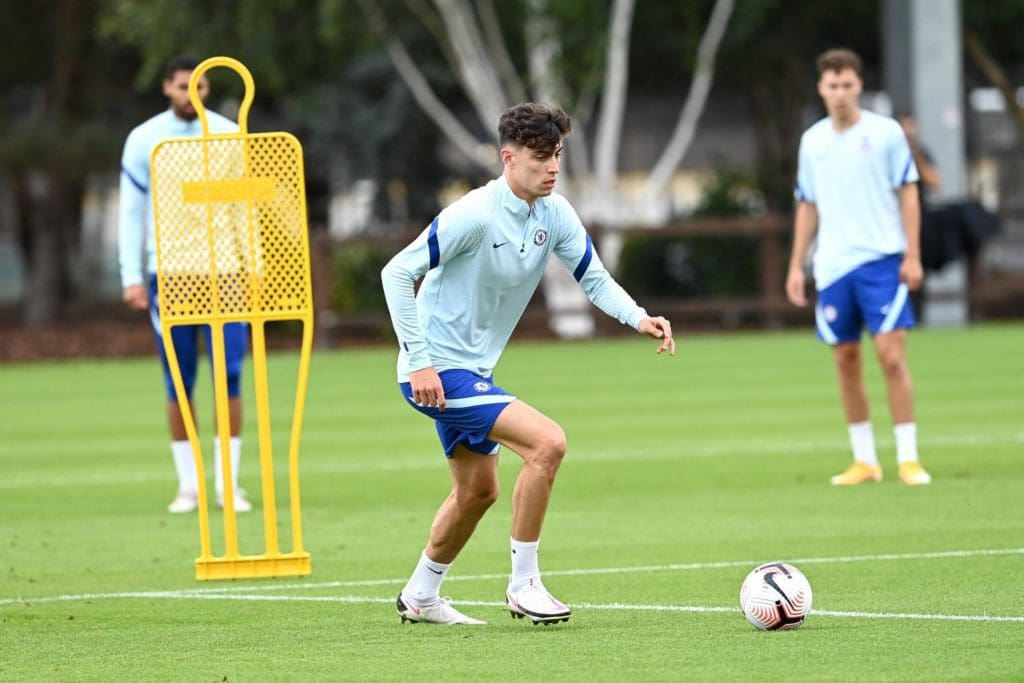 Chelsea are being tipped as one of the most exciting teams to watch this Premier League season. Having brought in a host of exciting talent in Ziyech, Werner, Havertz, & Ben Chilwell with a month still left before the window closes it will be interesting to see how they line up in the first game of the season. With so much speculation as to who will make the team. Here are a couple of Interesting starting lineups that Lampard could potentially use against Brighton:

This was Lampard’s preferred formation last season with the Blues starting Majority of the Games with this Formation: (4-3-3)

Goalkeeper: Kepa Arrizabalaga: Although he fell out of favor last season, Kepa still has many years ahead of him and he will be given a chance to prove himself once again this season. Petr Cech recently said that everyone at the Club believes in Kepa and he will be given a chance again this season. With Cabellero well over 35, Kepa will dawn the gloves in the first game of the new season.

Defense: Alonso, Fikayo Tomori/Antonio Rudiger, Kurt Zouma, Reece James: Ben Chilwell’s arrival could prove the end for Emerson who looked more out of favor than Marcus Alonso. But with Chilwell still Injured Alonso might be getting the nod from the manager for the first few games of the season. The center back pairing could see Rudiger alongside either Christensen or Zouma, but with Zouma finishing last season better then Christensen it makes more sense for him to start. Lampard has also included young players in the squad which could mean that Academy graduate Reece James will start the game, he also featured in the friendly vs Brighton earlier in the month.

Midfield: Ngolo Kante, Jorginho, Mason Mount: Mason mount has been a regular feature under Lampard both at Chelsea and Derby County and he could very well feature in the first game of the season, while there is no arguing that places in midfield are not guaranteed with so many options at the Clubs disposal a strong case could be made for Mount. Kante only missed out last season due to injury, and with him fit, there is no doubt Lampard would want to add him to the Lineup. While Jorginiho could be put in to distribute passes to the front three.

Attack: Kai Havertz, Timo Werner, Pulisic/Hudson-Odoi: Here is a ‘Hot take’  two of the three new attacking Signings could feature in the first game of the Season. Although Kai Havertz arrived late at Stamford Bridge he is Match Fit and an exceptional talent. Lampard loves to play a fluid front three with the three attackers constantly swapping positions. And Werner and Havertz are both Versatile forwards that can also play through the middle and with both of them speaking German the communication will be smooth and swapping positions would be easy, they could also make spaces for each other with Pulisic and Werner both capable of making runs into the box while the other is supplying the ball. Ziyech won’t be featuring after picking up a knock to the knee in the recent friendly.

The other formation that Lampard used the most last season, and some would say the most effective one was with a back three. Lampard Might Just want to get a win and a Clean sheet under his belt to help calm the nerves a little bit. Which could mean that he opts for a back three. Although Lampard won’t play defensively it could just be a matter of assurance.

Goalkeeper: Kepa Arrizabalaga: The reason here is the same as it was for the previous formation seeing as Kepa is the only keeper that looks ready to start. Seeing that Chelsea will be unable to bring in anyone that will start the first game.

Defense: Kurt Zouma/Tomori, Azpilicueta, Toni Rudiger: Lampard would want the right mix of experience and speed and could choose a Back three centered around Antonio Rudiger, with Either of Zouma or Tamori being on the left side of the three and Azpilicueta on the right. Thiago Silva won’t feature as reported by the Club having not trained with them yet.

Midfield: Marcus Alonso, Mason Mount, N’golo Kante, Reece James: The two Supporting wingbacks will be James and Alonso the latter of whom has a lot of experience in this system and is a better wingback than a Fullback. With Kante & Mount forming an Industrious midfield looking to win back possession each time the ball is lost. While Kante could also help strengthen Chelsea defensively and Mount can prove useful going forward and supporting the front three.

Attack: Pulisic, Olivier Giroud, Timo Werner: A Classic one striker and two winger combination could see Werner and Giroud both starting, with Werner playing out wide. Werner can grab onto knockdowns from Giroud and finish the half chances that come his way. Both the strikers would want to get off the mark right away.