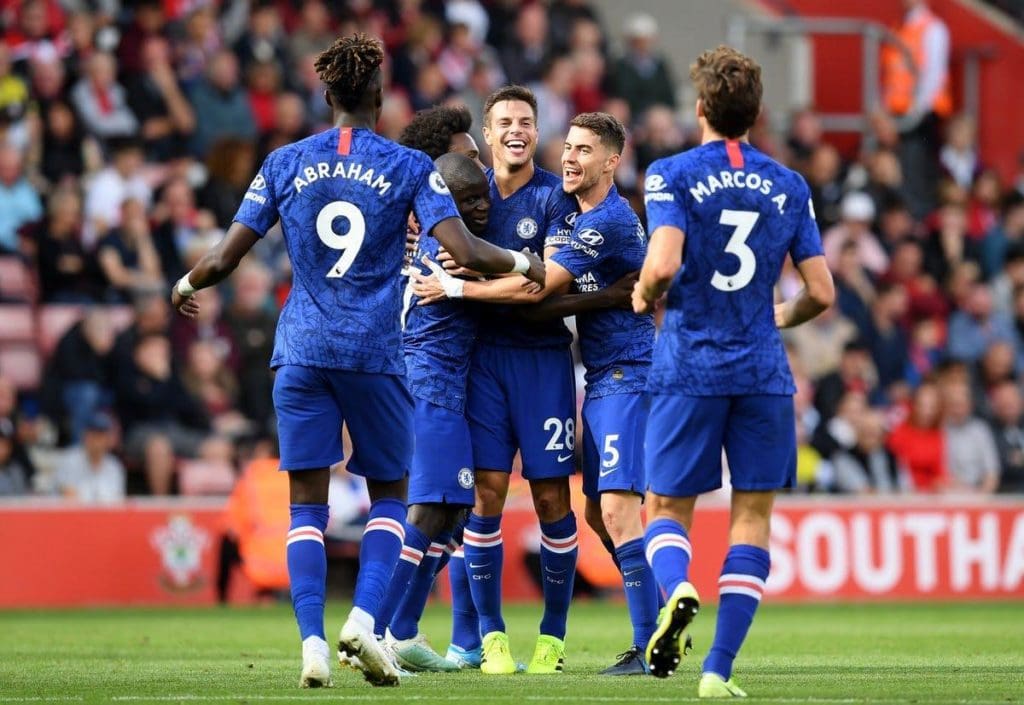 As the gargantuan clash between Chelsea and Manchester City nears, we take a look at how Chelsea could potentially line-up. The title is all but won and this may demotivate Manchester City who are in second. Chelsea could be looking to pick up a crucial 3 points in their bid to secure a top 4 finish and consequently, Champions League football.

Here is how they could lineup:

While the 4-3-3 has worked well for Chelsea quite a few times this season, Lampard may choose a different approach. Even though it worked against Liverpool, the 4-3-3 leaves space in midfield and occasionally in between the lines, something that City are good at exploiting. I think Lampard may opt for the 3-4-2-1, the formation that was used to put Jose Mourinho’s Tottenham to the sword.

The position that is the most clear at the moment, there is no doubt that Kepa Arrizabalaga will be in between the sticks for Chelsea.

Some might prefer Azpilicueta at right-wing back but his defending ability would be useful at centre back. Azpilicueta’s 2 assists make it likely that Lampard will deploy him in the right wing back position but I believe that this would be the perfect game to test Reece James’ tenacity, ability and mentality as a future starter. The other 2 center backs will be Zouma and Rudiger. There is a possibility that Christensen could start instead of Rudiger but I have chosen the latter as he is more of a physical presence and aerial threat.

If Chelsea were to play a back 3, Alonso is nailed on to start. While he may not be the best left back, there are not many in world football who are as effective as Alonso as a left wing back. Reece James will be deputizing the right wing back, a role that he is great at given his strength as well as his exceptional technical and defending ability. One thing that might worry Chelsea fans is his lethargic performance that we saw against Villa but I believe that he is the best man for the job.

By far the hardest position to pick. Kovacic has been Chelsea’s player of the season and is sure to start the game. The dilemma was whether Chelsea should play 2 or 3 midfielders with the likes of Jorginho, Gilmour and Barkley left out. The pairing of Kovacic and N’golo Kante is the most dynamic and mobile. This will be useful in keeping up with City’s midfield and will also be useful in starting and breaking up counter attacks for Chelsea. The one downside might be the fact that neither Kante nor Kovacic are known to be play-makers and there won’t be much creativity from midfield. Hopefully the wing backs and the attack can make up for that.

Christian Pulisic has recently come back from injury and his brilliant performance against Villa warrants a start. He has 7 goals and 4 assists in all competitions this season and has been great in his first Premier League season. His pace and trickery will cause the City defense some problems and hopefully he will be able to link up with Tammy Abraham well, who will also be looking to add to his 13 Premier League goals. On the right wing, Willian will start, someone who is great at counters and will provide some useful experience in the young side. He had a great impact against Tottenham and was decent against Villa as well. He is unplayable on his day and we can only hope that he has one of his days against City.