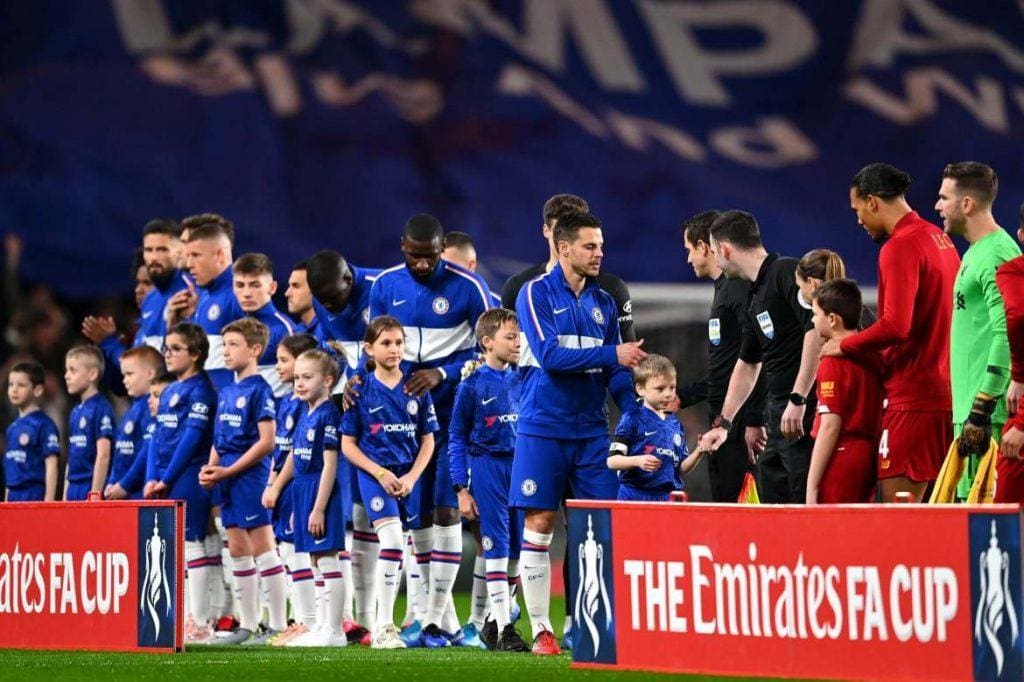 Arsenal and Chelsea face-off at the Wembley Stadium on Saturday, in a London derby that will decide the winner of the iconic FA Cup for the 2019/20 season.

It is expected to be a goal-fest at Wembley with both teams going all out for FA Cup glory, with pride and bragging rights all on the line.

The FA Cup is perhaps Chelsea’s only hope of securing silverware this season, as they face a daunting task of reversing a 3-0 deficit against Bayern Munich in the Champions League.

Chelsea have already secured their place in the Champions League for next season, after a top-four finish with a victory of Wolverhampton Wanderers on the last matchday. Arsenal however, failed to qualify for the Europa League after finishing eighth in the league, and need to win the cup if they are to compete in Europe next season.

Here is how Frank Lampard is expected to field his eleven against Arsenal in the final. (3-4-3)

Willy Caballero will obviously be first-choice goalkeeper for Chelsea on Saturday. Kepa Arrizabalaga has been in poor form of late, and was dropped by Frank Lampard against Wolves on Sunday after a disastrous performance against Liverpool in the league.

The 38-year-old has been Chelsea’s preferred keeper in cup games and is expected to start against Arsenal.

Chelsea are expected to start in a three-back formation, with Cesar Azpilicueta, Antonio Rudiger, and Kurt Zouma forming the backline.

The Blues saw off Manchester United in the semi-finals, with the Chelsea backline holding firm against the likes of Martial, Rashford, Bruno Fernandes, and Mason Greenwood, and conceded just one goal, a penalty late in the second half.

Marcos Alonso will start from his preferred left wing-back role, with Reece James from the right.

Reece James is currently enjoying his breakthrough season under Frank Lampard, with the youngster putting in some impressive displays with his precise crossing skills and remarkable physicality.

French international N’Golo Kante is expected to back into the starting lineup, after a minor injury niggle, forming the two-man central midfield alongside Mateo Kovacic.

The return of Kante will provide a major boost to the Chelsea midfield that lacked aggression, which will also allow Kovacic to stray further up the field and get involved in the attacking buildup.

French striker Olivier Giroud is going through a purple patch at the moment, after scoring in his last four appearances for the Blues. The 33-year-old has now scored six goals for Chelsea since the restart and will be itching to score against his former employers Arsenal in the iconic Wembley Stadium on Saturday.

Christian Pulisic has had a remarkable first season at the club so far, and has been in fantastic form since the restart. The 21-year-old was brought in to replace the departing Eden Hazard and has enjoyed a decent start to his life at Stamford Bridge, with 20 goal involvements in 33 appearances for the Blues.

Pulisic will undoubtedly start for Chelsea from left-wing on Saturday, and will be eager to land his first trophy in his debut season at the club.

Chelsea will be dealt with a massive blow as Willian is expected to miss the game following an unspecified injury. The Brazilian winger is also in the thick of various transfer rumors at the moment, linking him with fellow Premier League clubs Arsenal and Tottenham, and Lampard will look to start Callum Hudson-Odoi from the right-wing spot instead. 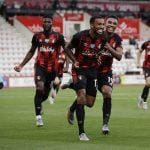 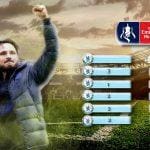