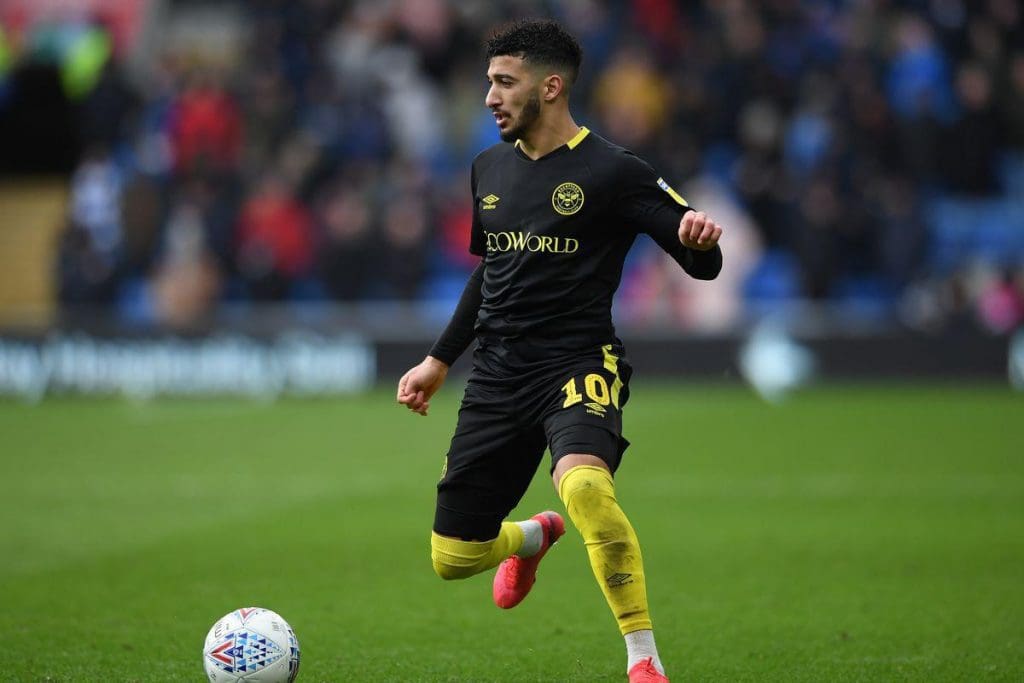 Chelsea have started showing interest in Brentford’s 24-year-old winger Benrahma. Said Benrahma plays as a right-winger for the Championship side and has also capped with his national team Algeria.

The Blues have already signed Hakim Ziyech for their right-wing conundrum as both Pedro and Willian are set to leave the club for free next month. But the club have ignited interest in the Algerian winger who has been phenomenal for the Bees this season and has been crucial for their fight for play-offs.

Apart from Chelsea, Arsenal and Leicester are also interested in the services of the winger. The 24-year-old has been one of the revelations of the season the Championship this season and has contributed in 18 goals (10 goals and 8 assists) for the Bees. Benrahma is also dubbed the ‘Algerian Messi’ due to his playing style.

Chelsea tried to sign him in January this year but the talks fell through as the club managed to sign Hakim Ziyech. According to La Gazette du Fennec, Chelsea have made official contact with Benrahma and has made his signing a priority in the upcoming transfer window.

Last summer Brentford rejected Aston Villa’s £14 million bid for the Algerian. The winger’s transfer value is reported to be around £35 million. However, with the current financial crisis due to the coronavirus pandemic, Brentford may sell him for a fee of around £30 million. Chelsea are also in the market for Dortmund star Jadon Sancho but are behind Manchester United and Liverpool in the run for signing the youngster.

Benrahma started his professional career with OGC Nice but spent most of his time playing for their reserve side. He also spent four seasons on loan from OGC Nice before moving to England in 2018. He signed a four-year contract with the Bees and has made an instant impact for the club. He scored 11 goals in his first season and regularly featured for Brentford. This season he has scored 10 goals so far and has been integral in Brentford’s run for the play-off spot finish.