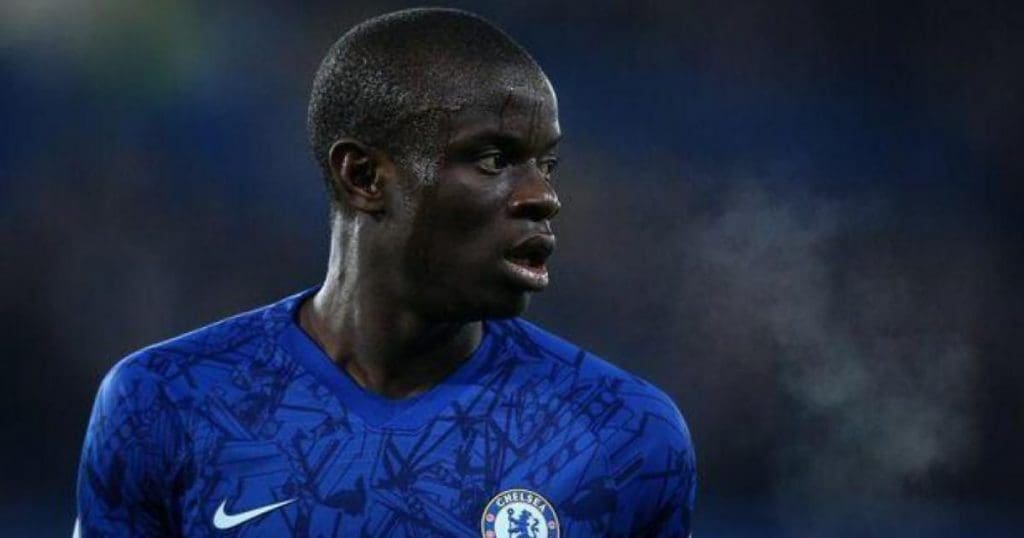 After Chelsea’s first game under Tuchel, it was widely evident how Chelsea were going to play under the German. Tuchel’s philosophy is simple, he wants his teams to penetrate the final third again & again and win the ball back like hounds if they lose it. Now, when you look at this philosophy, it seems that N’golo Kante suits this system better than anybody else.

But because it comes down to the very minute details with Tuchel, this may not work the way he would want it to. Based on what we have seen till now from Tuchel’s Chelsea, they are going to adopt a 3-4-2-1 formation which has seen the emergence of Marcos Alonso into the side, somebody who did not feature in the matchday squad since September. On the other wing, you have the energetic, skillful, and inventive Hudson-Odoi who is loving life under the new manager as he has featured heavily in the team since Tuchel’s arrival.

Now, to the Kante conundrum.

‘I wanted N’golo Kante in my team for several years and now I have him here’ – said Thomas Tuchel following their 0-0 draw against Wolves.

In theory, this makes a lot of sense. If you want somebody to win you the ball back in midfield, N’golo Kante is your man. The former Leicester man is best in a double pivot in the center of the park alongside somebody who can pass the ball or protect the defence alongside him. It will not be the first time he would be playing this role at Chelsea as he did so effectively under Antonio Conte’s reign at the club.

However, these are 2 different philosophies and 2 very different squads. Antonio Conte’s philosophy was much more defensive-minded and he relied heavily on the genius of Eden Hazard, the bullish striker in Diego Costa, and the tireless Pedro/Willian. This enabled N’golo Kante to sit in the midfield and just do what he does best; break up play and feed the ball to the wingers or the wingbacks.

But under Thomas Tuchel, Kante will not be afforded the same luxury. He will have to adapt to the system and become an incredibly dynamic passer and protect not just the defence but also space behind the wingbacks because the current wingbacks are so attack-minded.

There is a reason why Tuchel currently prefers Jorginho and Mateo Kovacic because, for one thing, they complement each other perfectly.

Jorginho may not be the best defensive midfielder in the Premier League, but he knows how to control the tempo of a game. This feature is very important for Tuchel who likes to have the game in his control and not rely on anybody’s genius. Kovacic on the other hand is one of the best in the Premier League at close control, short passes, and ball progression. Jorginho controls the game while Kovacic progresses the ball and fills up the gaps in midfield.

If you have such qualities in midfield, you do not exactly need a N’golo Kante who at times could hamper your attacking progression.

On the other hand, N’golo Kante could be this team’s greatest asset when playing against the Top 6. He could stop the counter-attacks against teams like Tottenham, Liverpool, Leicester, and Manchester United while also soak up the pressure against somebody like Manchester city. But against oppositions outside the Top 6, Kante may not be able to contribute to the team as someone like Jorginho or Kovacic could.

Even at Paris Saint Germain, Tuchel worked with both Marquinhos and Idrissa Gueye for a majority of his tenure but this was only because of their incredible attacking prowess at the top end of the field with the likes of Kylian Mbappe and Neymar.

This Chelsea team has its own talents in attack but is nowhere near the likes of Mbappe or Neymar which forces Tuchel to set up a midfield that can control a game as well as assist the frontline.

N’golo Kante is one of the most brilliant interceptors and arguably the best defensive generals a team could ask for in front of their backline but are these qualities sufficient enough for Thomas Tuchel, only time will tell.

Will Chelsea ever find a place for Ross Barkley in their ranks?
FPL GW23: Time to cash in on Jesse Lingard?
To Top