Chelsea’s ignominious run of form has been the talk of the week. With names of Tuchel and Nagelsmann being put up in every Chelsea headline, Frank is lucky to be still holding his position as he prepares the team for their FA Cup clash on Sunday. They are certainly running out of form but still have luck on their side as they have been awarded a formidable fixture in their 4th round of the FA Cup. They will be facing the Championship side, Luton FC.

Frank Lampard’s boys will certainly not let their League form reflect in the cup tie as they hope to fancy their chances for their first silverware under Lampard.

Due to Chelsea’s recent form, Frank fielded a Strong XI against Morecambe in the previous round and thus he will still try to incorporate a Strong XI for this tie. He can rest some of his starters but giving chance to a number of Chelsea youngsters still looks unlikely.

There is still doubt over the availability of N’golo Kante if he has recovered from his hamstring issue as Chelsea have missed the French International in recent matches. Frank would not want to risk Kante in this match, so we can assume he would not be in the Starting XI.

Also, Olivier Giroud picked up an ankle injury against Fulham that kept him out for the Leicester game. His situation will be known at Lampard’s conference.

Kepa has been given the nod by the management for the Cup games and he certainly will make the cut this time as well. He will be guarded by Chelsea’s 2nd choice pair of Zouma and Christensen. As Rudiger has become the first choice in recent games so, Zouma and Christensen will most likely be starting this one. Club Captain Azpilicueta will be starting this one with Emerson starting on the opposite side giving Chilwell deserved rest.

In the midfield, Billy Gilmour would be wanting a start for sure and the youngster must be awarded in this game. Alongside him, Havertz can find this game as an opportunity to find his form and Kovacic might start over Mount just to give him rest.

Upfront Ziyech can fancy a chance of starting after failing to make his spot against Leicester. On the opposite flank, Odoi deserves to start. An out of box choice could be the introduction of Tino Anjorin but it seems unlikely. Timo Werner up top of the attack could be seen as the German will try to score to build his confidence.

On paper, the Chelsea team looks far better but the low confidence might hinder their performance. Still, we fancy London Blues to get the win. 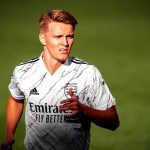 Three Reasons why Arsenal should sign Martin Odegaard
Next Article 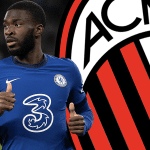