Chelsea’s academy is one of the best, if not the best, in the world when it comes to producing talent. Recent history has showcased several instances where Cobham graduates did set the stage on fire in the biggest of competitions. Be it at the senior level at Chelsea or in some other clubs, Cobham’s talent is shining bright. Frank Lampard, as the Chelsea manager, did show a lot of confidence in the academy, which proved to be fruitful, with most of the graduated players helping Chelsea lift the Champions League title.

However, the 2021 summer transfer window saw something very unusual as a mass youth exodus happened at Cobham. A lot of youngsters, in the hope of better opportunities, left the Blues. This included the likes of Tino Livramento, Guehi and Lewis Bate. These names are in the list that includes the likes of Tammy Abraham, Tomori, and Billy Gilmour over the past few seasons. The change in ownership was potentially seen as a shift of the wind, but the story might continue as two of Chelsea’s potential stars look for an exit in the form of Jude Soonsup-Bell and Charlie Webster. In this article, we will focus on Webster and how Chelsea might lose a highly-rated young midfielder.

Who is Charlie Webster?

Originally from Hampshire, the Englishman joined Chelsea academy at the Under-10 levels after a short spell at Pezzaz Street Soccer Academy. The young Englishman has thrived as a great attacking midfielder since then and is being rated as one of the finest products in Cobham. The player then played over the ranks in the U-12s, U-15s, U-18s and now in the U-23s. Despite being just 18 years old, the youngster is one of the most crucial players for the U-23 team.

The midfielder is termed as the next Jadon Sancho, with his admirers’ list including Kevin De Bruyne. Chelsea U-15s took part in the Kevin De Bruyne Cup back in 2019, where the Blues turned up to be the eventual winners. The standout player from the team was Charlie Webster, who impressed the chief attendant, Kevin De Bruyne, outshining the Barcelona, Bayern Munich and PSG youngsters.

His 27 outings in the U-18s Premier League saw him scoring 6 goals and assisting another 6. He even has starred in the FA Cup youth games. These performances have helped him be called up in the senior-team training sessions more than once. He made his professional debut in Chelsea’s EFL draw against Cheltenham in the previous season.

Webster is a well-cultured midfielder who is smart on the ball and can play the ball well. He has excelled all over the midfield showing discipline as a holding midfielder, creativity in the centre of the pitch, and also getting in the boxes to score more than often. He is termed as ‘witty’ on the ball and has helped his team get out of danger a number of times.

Chelsea 2-0, Charlie Webster with a beautiful shot on his left foot. 💫

He’s been excellent this game, really hope the contract is sorted out. pic.twitter.com/WNNQXVSy68

The youngster has earned International call-ups for the Three Lions at various levels. The notable of them all include the youngster captaining the U-16s in a game against the Republic of Ireland.

Charlie signed his first professional contract with Chelsea last year on his 17th birthday but Chelsea since then has been looking to tie the sensation to a long-term deal. This season a number of reports have suggested that the midfielder has rejected several renewal offers from the Blues and could end up leaving the Blue outfit at the end of the season. This comes after Chelsea spent a lot on youngsters in similar positions in the form of Casadei, Hutchinson and Carney Chukwuemeka. This includes competition from the likes of Mason Mount and Gallagher in the senior team as well, and thus, the youngster might look to ship himself away from the Blues.

Chelsea would look to avoid another setback on a youngster after already losing a lot in recent times, and Boehley, with his new regime, would be working all day to stop a repeat of what happened under the last regime. 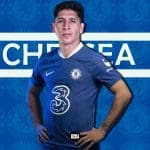 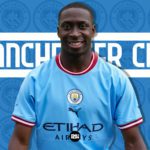