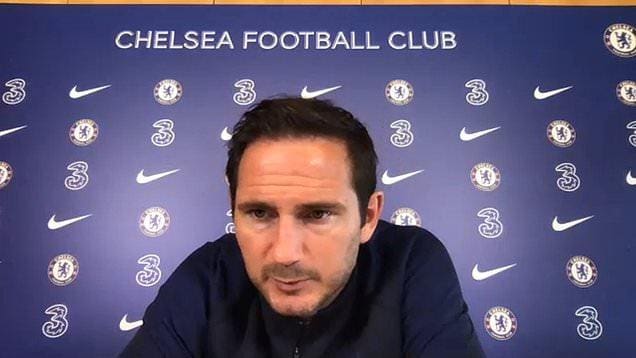 Chelsea have surprised many with their aggressive performance in the summer transfer window and it finally seemed that atleast someone from the top six had put in genuine efforts to bridge the gap between them and Manchester City and Liverpool. However, their performance on the pitch has left a lot to be desired.

While Chelsea’s attacking display has been class with the London side scoring 10 goals in last three Premier League appearances, however, they could only muster up five points of the nine available as they failed to protect their lead in two occasions against West Brom and Southampton, two sides against whom they are expected to get all the three points.

Many have criticised Chelsea’s defense for the lack of steel in the team to defend their lead however a share of the blame should also be put on the head coach, Frank Lampard. The system he has implemented has its own shortcomings and it is only getting exploited.

Chelsea usually plays with a frontline who like to press, not with the same intensity as a Liverpool or Manchester City, though they’re usually stationed high up the pitch. Which isn’t always an issue, however, it becomes an issue when the midfield pushes along with the front and the backline doesn’t, which is exactly what happens with Chelsea. The backline is staying put, most probably because they don’t have the confidence in themselves that they would be able to recover if there are runs made behind them by opposition players.

However, this is creating a huge gap between the two concurrent Chelsea lines, the defensive line and the midfield line, which is time and again getting constantly exploited. And you can’t put the blame on the players for this as it seems like a specific instruction given to the midfield players to press higher up the pitch together which is not only creating spaces but also leaving the defense unshielded by the midfield.

Given Roman Abramovich’s legacy at Chelsea, Frank Lampard needs to sort out these issues before the Russian has second thoughts about his future, which, as the history has shown us, doesn’t take too long.

How can Manchester United lineup against Chelsea? | Premier League 2020/21
Edison Cavani: Need of the Hour or Another Panic Buy?
To Top