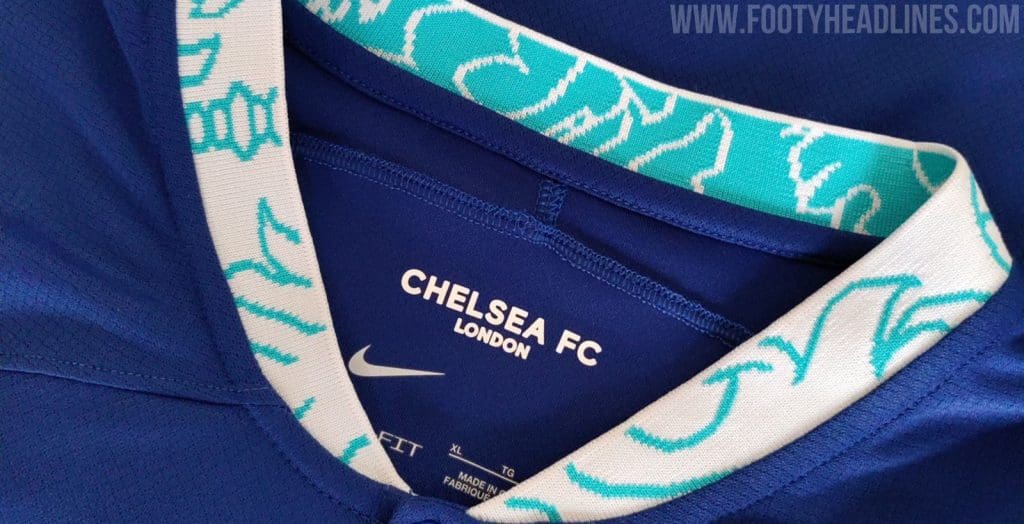 As Chelsea prepare to enter a new era under new ownership, fans are assured of a change of face. Complimenting the face are the leaked photos for the upcoming season with Nike hitting the bull’s eye yet again. The pictures of the 2022/23 Chelsea home kit have been leaked by @semihkcecioglu with Nike going with a traditional royal blue jersey.

This time there are no major patterns up unlike the last time but the fans are loving the royal look. Adding to the beauty is the use of secondary colours used particularly on the collar and the Nike logo. The collar has been printed white with a beautifully added turquoise flavour to it. As the leaked pictures denote, the pattern on the Chelsea home kit for next season’s collar looks as it represents the lion seen on Chelsea’s logo and it just enhances the royal-ness of the club itself. The combination of Royal blues, White and Turquoise in perfect proportion just makes it a perfect looking jersey that will be representing the new ownership and the beginning of the new era.

Fans just cannot wait for their stars like Mason Mount, Pernille Harder, Ngolo Kante and Sam Kerr to play with these jerseys on the pitch and play for the pride of their club. 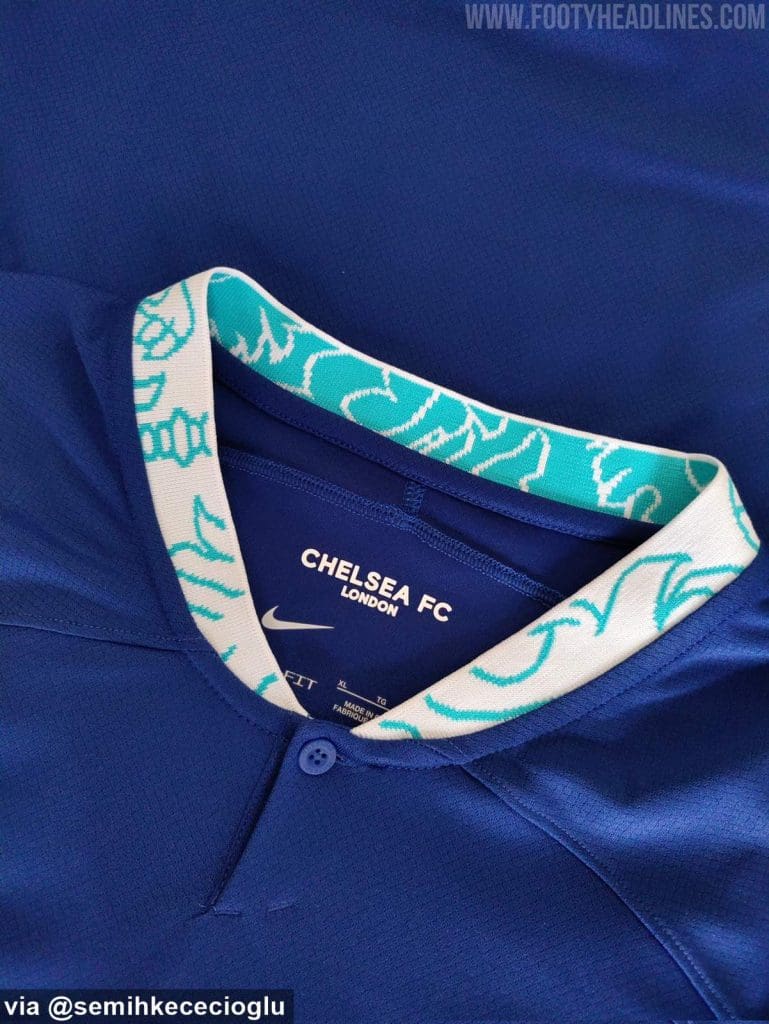 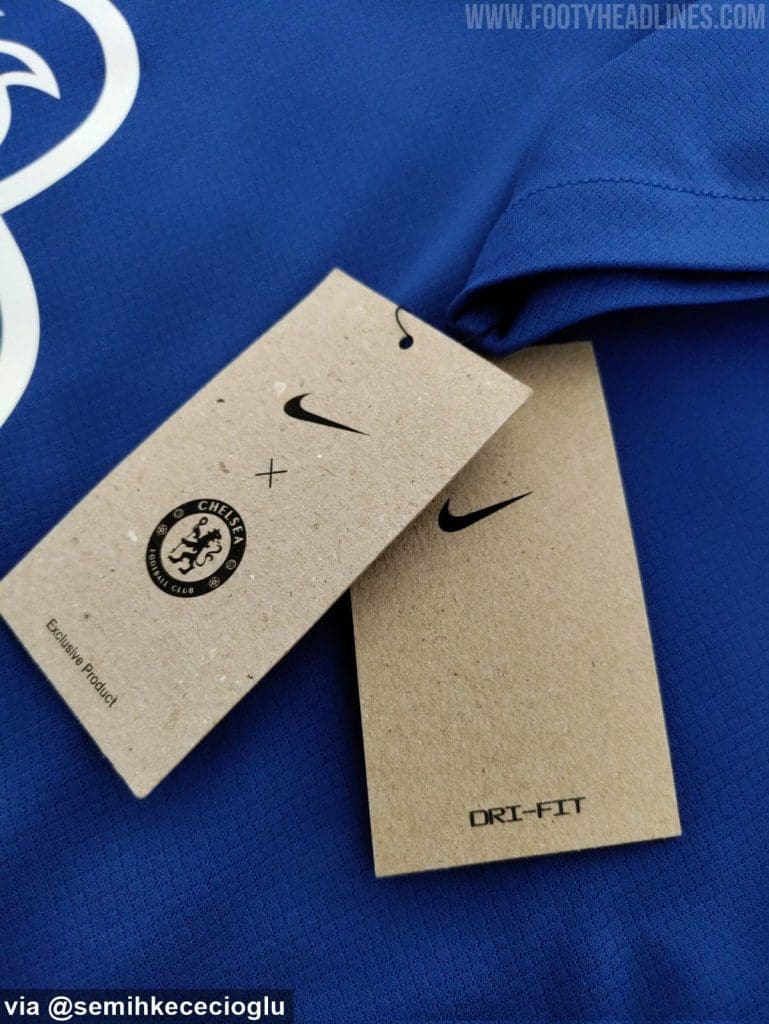 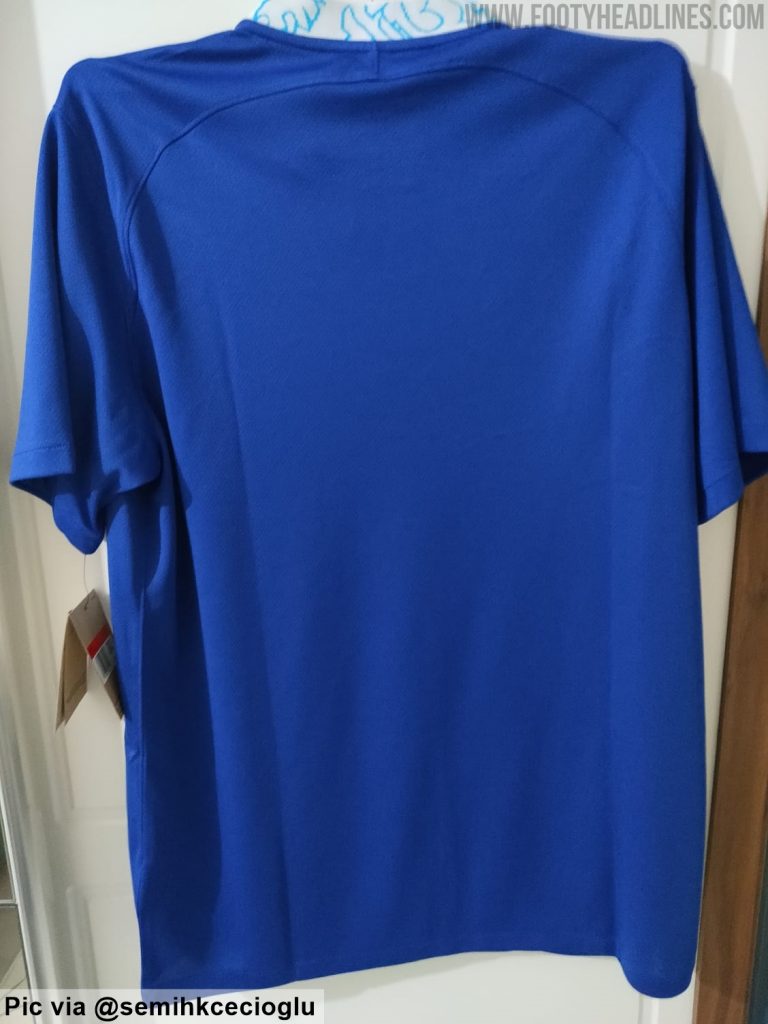 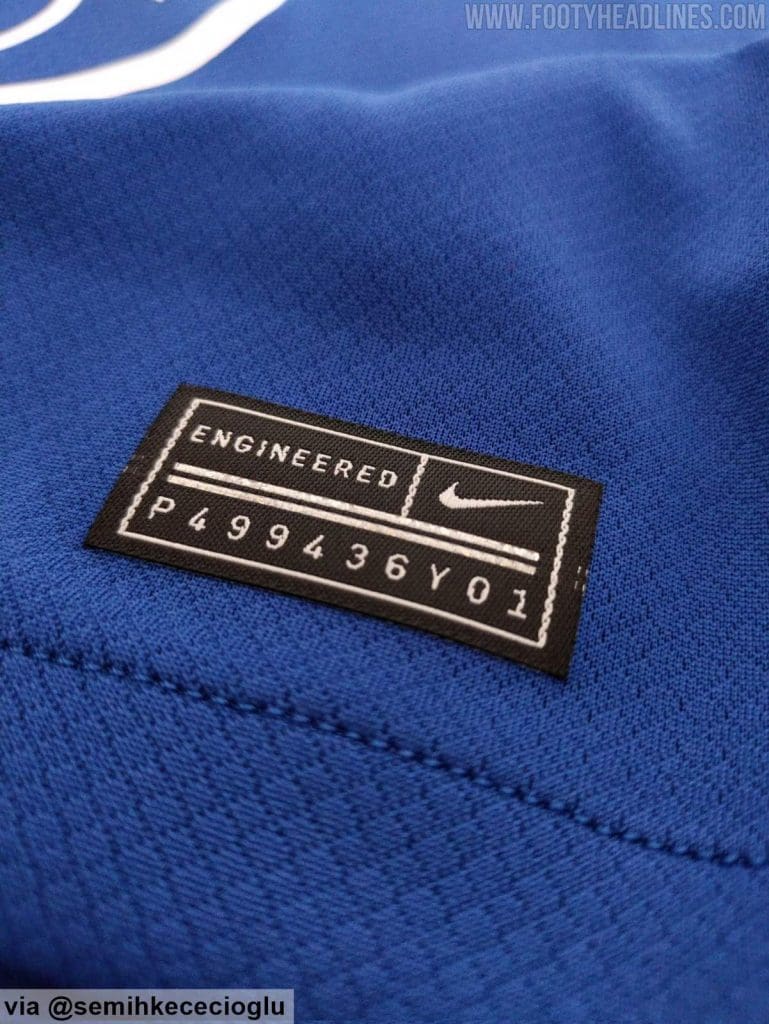 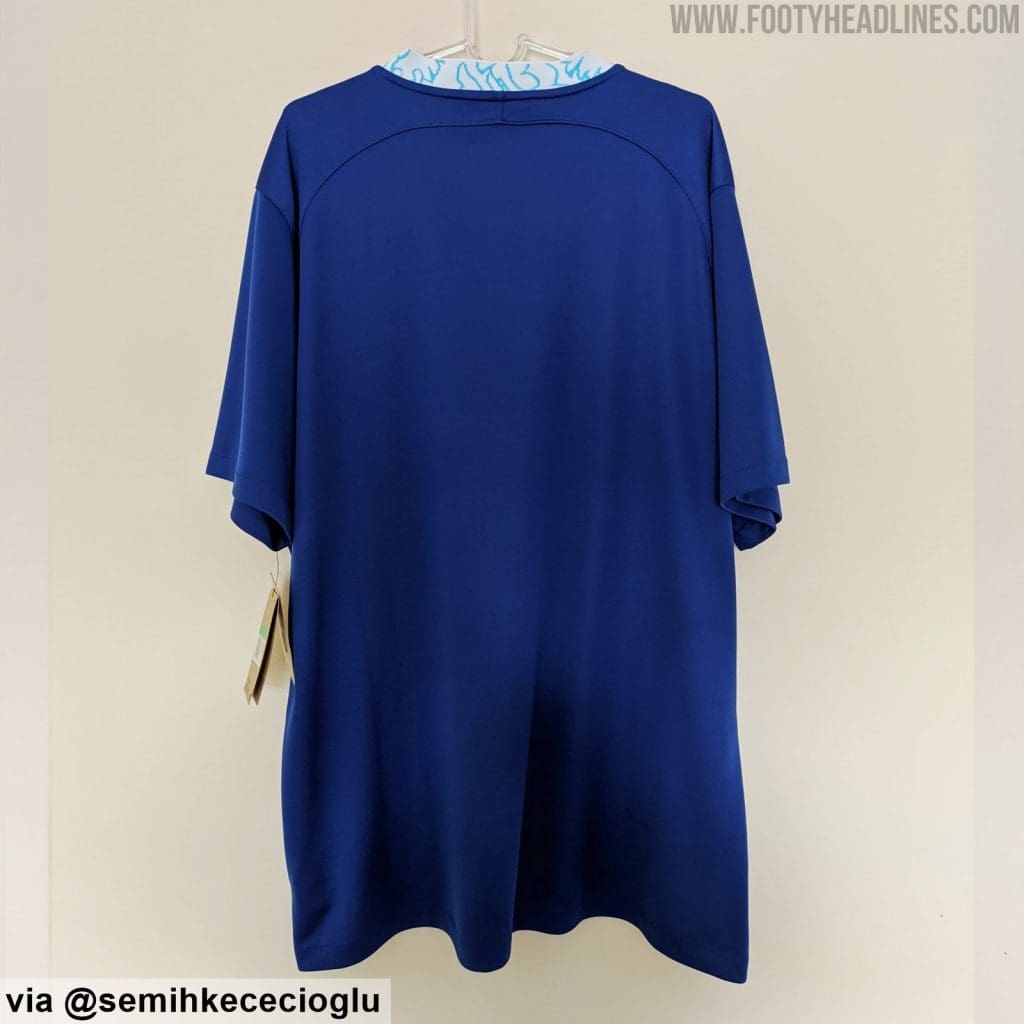 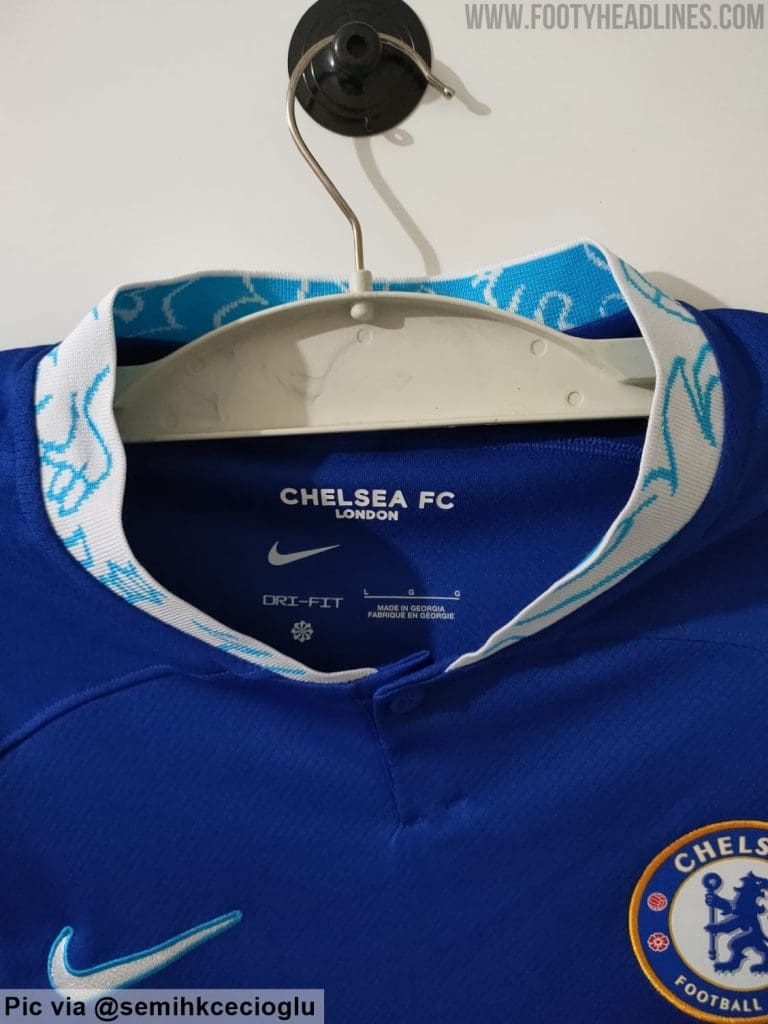 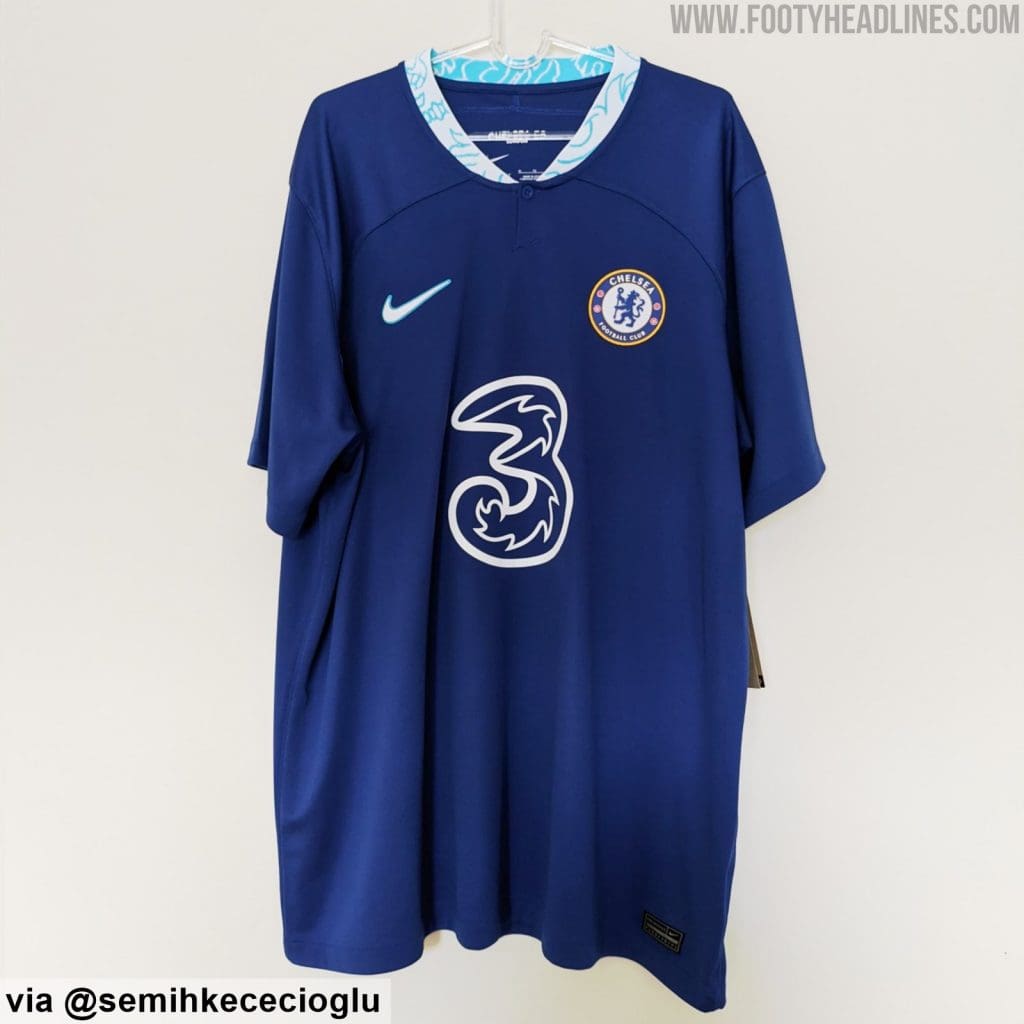 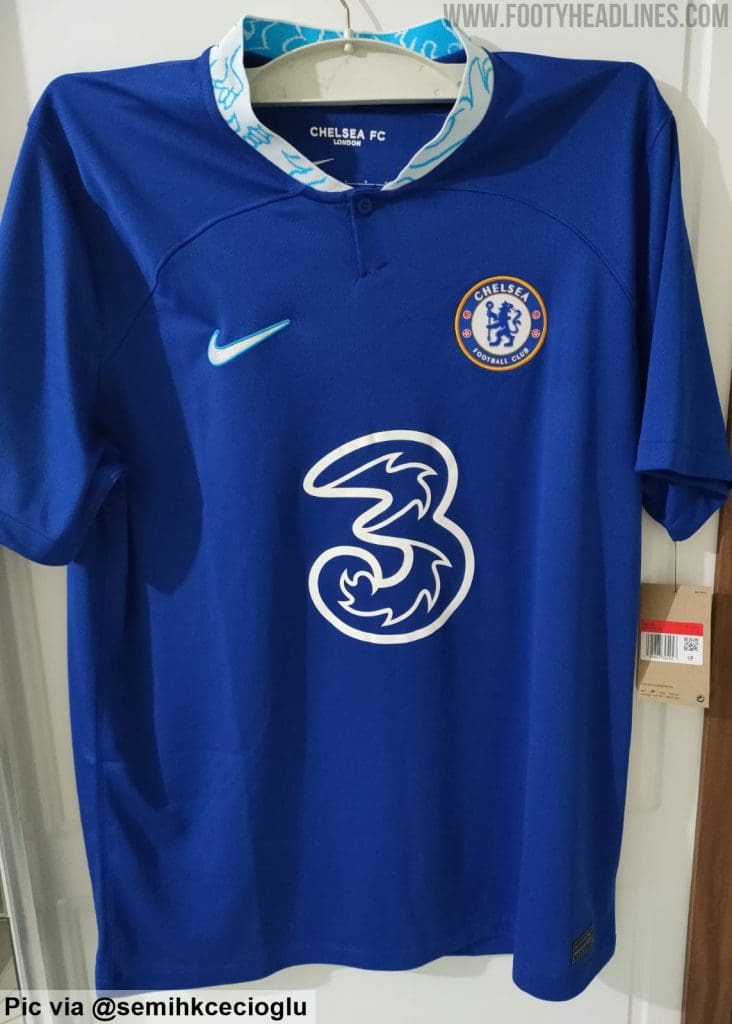