The Chelsea team played a intra-squad friendly by splitting their first team into two on Stamford Bridge on Saturday.

Chelsea returned to training under social distancing guidelines and later started small-group training sessions in the past month. The friendly was held by Frank Lampard to get the team match fit for their first game after the long break in the season.

The Premier League will restart on 17th June, but Chelsea’s first game is on the 21st, against Aston Villa and will be soon followed by a visit by Manchester City just four days later.

Several players posted pictures of the game later on social media, finally excited after returning to Stamford Bridge for the first time since March. 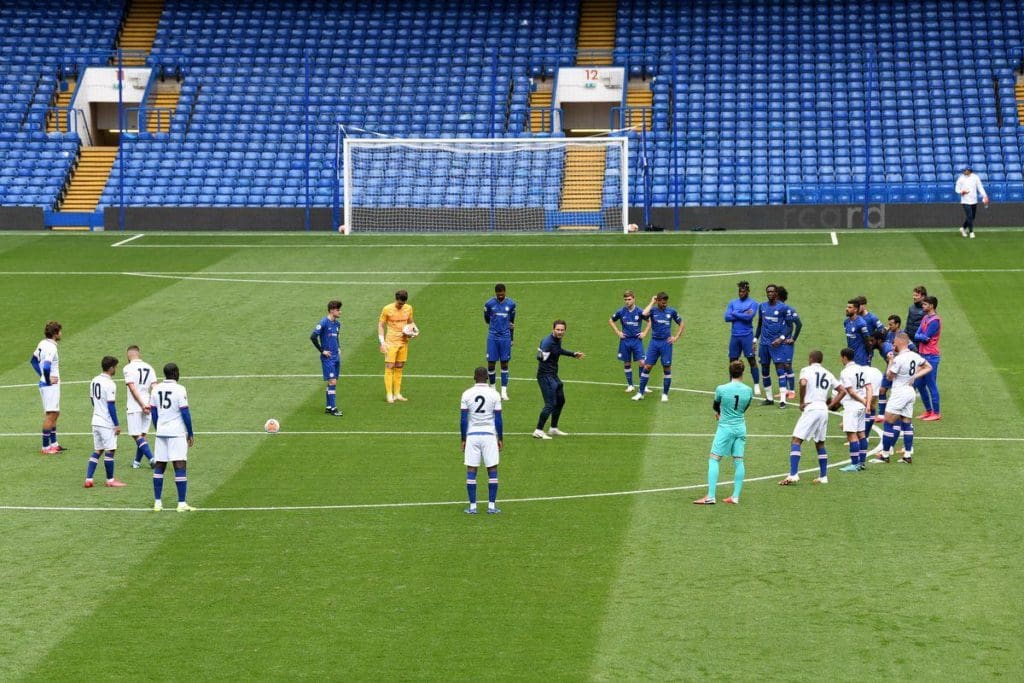 French midfielder N’golo Kante was not involved in the game and has not yet returned to team training for personal reasons. No announcement has been made as to when the midfielder will return to training.

Some academy players were involved in the game as well, with Armando Broja, Tino Anjorin, who made their Premier League debuts just before the current break. Academy talent 18-year-old English midfielder Henry Lawrence too was on the pitch.

The exact match details have not been released by the club except match pictures, where Lampard and the coaching staff acted as referees and Willian and Ruben Loftus-Cheek scored the goals. 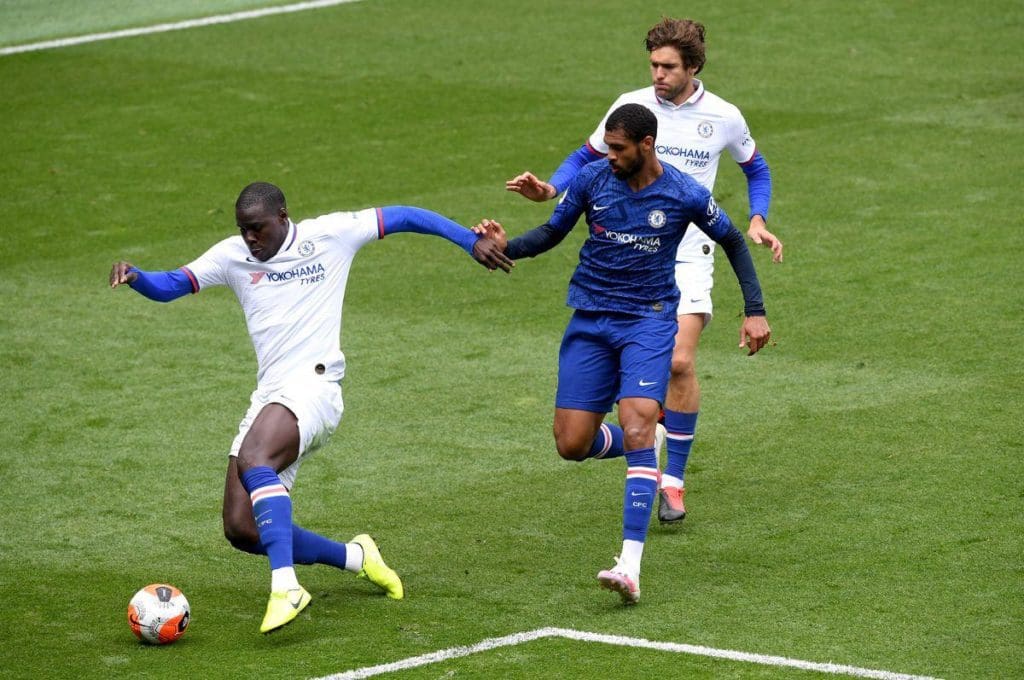 The away side playing in their white away kit consisted of Ross Barkley, Kurt Zouma, Toni Rudiger, Olivier Giroud, Marcos Alonso and Mateo Kovacic. 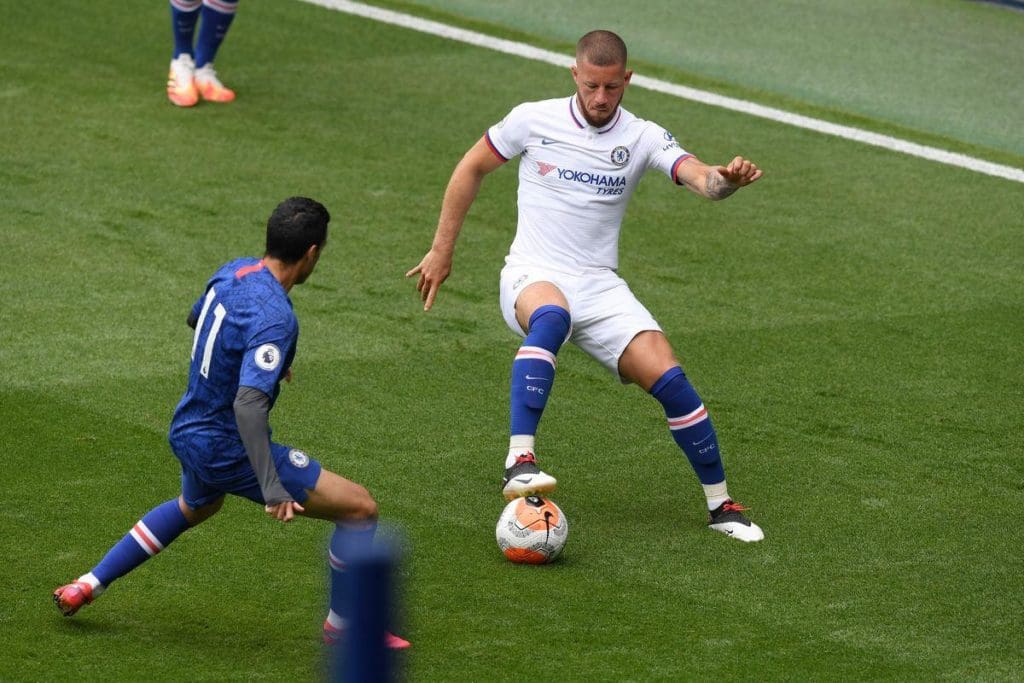 Ruben Loftus-Cheek took the field at Stamford Bridge, 13 months after suffering a horrible Achilles injury in a charity game last year and also scored a goal in the game. He was on the road to recovery just before the break in football, playing with the development squad and now appears to have reached back to full fitness.

The midfielder talked about his recovery during the current coronavirus lockdown, “I was back training before lockdown but only just so I’ve been doing a lot of what the other boys have been doing, general fitness stuff, but I’ve also had some individual responsibilities to keep my Achilles in check, just to stop any further injuries. It’s been calf workouts and stuff like that, just keeping my body strong for whenever we go back.”

Chelsea are currently fourth in the table, and achieving top four will be a very good finish in the Frank Lampard’s first season at the club.

Scout Report: Alessandro Bastoni | Arsenal transfer target
Werner transfer to Chelsea could work out for both sides – Ballack
To Top