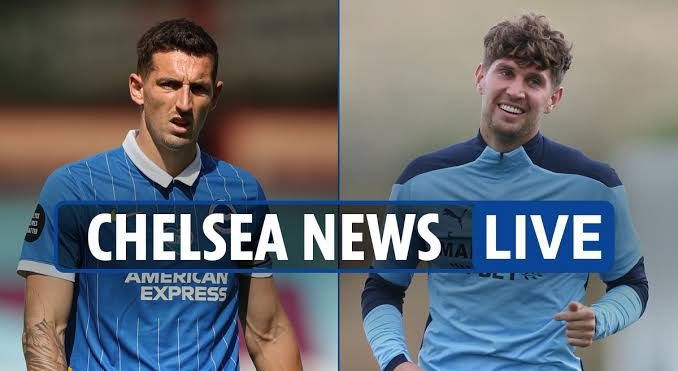 Chelsea are reportedly plotting moves for England trio Ben Chilwell, John Stones and Lewis Dunk ahead of the 2020/21 campaign.

Frank Lampard’s side are looking to continue their rebuild with changes at the back and the England internationals are being targeted by the club.

The Blues conceded a total of 54 goals in the Premier League during the 2019/20 season, raising one or two worries at the back for the manager.

And he is willing to improve on his defensive record at the club next season by signing Leicester City’s Chilwell, Manchester City’s Stones and Brighton & Hove Albion’s Dunk.

According to the Daily Star’s report, Marina Granovskaia has issued the Blues boss the go ahead for the ‘triple defender swoop’ of the England defenders.

Stones is considered surplus to requirements at the Etihad Stadium after dropping down the pecking order at the club, and the arrival of Nathan Ake from Bournemouth could all but confirm his departure this summer.

He made just 23 appearances for Pep Guardiola’s team across all competitions in the just ended season, making 12 starts in the Premier League.

Chilwell has been the subject of interest from Chelsea throughout the season and has been tipped to make the move to London in the transfer window.

Leicester value the left-back at £80 million and Lampard’s side could be going all out for one which is deemed a priority signing at the club.

He contributed to six goals in the Premier League in 27 appearances before being ruled for the latter part of the season due to injury as the Foxes missed out on a Champions League spot.

Dunk is the latest to be linked with a move to the Stamford Bridge having spent most of his time with Brighton. The featured in 36 league appearances for the Seagulls, scoring three goals and providing three assists from the centre-back position.

Could these three solve Chelsea’s defensive issues? Leave a line…