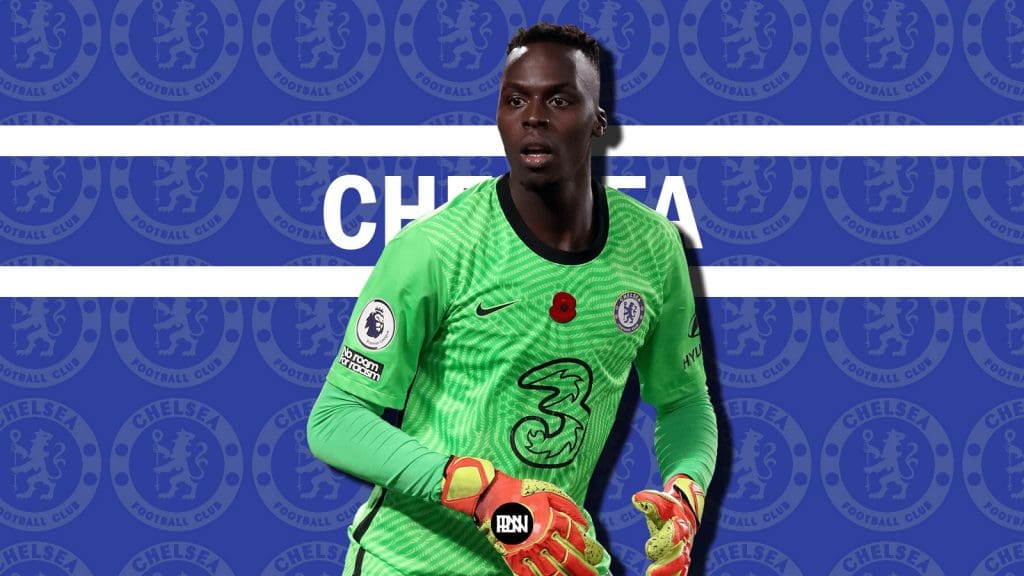 Football is a game where dreams are fulfilled and behind every dream is a story of its own. The latest AFCON Cup has prompted us to revisit one such dream and this is about the recently crowned Best Goalkeeper of AFCON, Edouard Mendy.

From a state of being betrayed by his agent, leading to him being unemployed, to being amongst the best keepers of the world, the journey has been nothing less than a roller coaster.

Edouard Mendy was born in France in 1992 and had a simple family background where he was imparted good quality education. His passion for the game was identified very early by his parents and thus they enrolled him in Le Havre Academy when he was 13. This is the same academy where stars like Paul Pogba and Riyad Mahrez started their professional careers.

When he started playing, he wanted to be a striker but one day was advised by his coach to start between the sticks, as the then young guy had all the physical attributes to be a shot-stopper. He was pretty tall when compared to people around him and was good with reflexes. He impressed everyone with the change in position and was appreciated by his friends around, which prompted him to establish himself between the sticks.

But soon, Le Havre made him clear that he was not their first choice to keep the gloves and they preferred Zecharie Boucher over him. The guy was in shambles but did not give up on the dreams he had in mind.

The verdict hit him hard and left him frustrated at the same time. To prove his worth, he moved to play in the lower leagues of French Football. This was a big risk but it did pay off as he got his first professional contract and that was with AS Cherbourg. This meant that he had to move away from his family but the step was big enough for the sacrifice.

But things did not turn up well at the club, as he just played 26 games in the 3 seasons and was not the preferred choice.

In 2014, after his 3 seasons at AS Cherbourg due to lack of game time, he was thinking to leave and looking for better opportunities. His agent, back then, during this time, sold him the idea that he will be playing in England. He assured him that he has had a word with an English Club and soon Mendy will be moving to England, which was his dream. Mendy’s sister lived in England and seeing everything, he decided not to extend and wait for the call from his agent.

But the call never came. Days and months passed but he never received a call and all his attempts to contact his agent were also not answered. By this time, Cherbourg also moved on and Mendy received the message that wished him good luck and meant that he was now unemployed. The betrayal by his agent was a big blow for him at this stage in his career. He then had to move back to his home jobless. He had to settle with unemployment benefits offered in France. At this very moment, he got to know that he was going to be a parent soon and this joy of him came at the very wrong moment. He was added with the burden and thus had no idea how to get back.

Edouard consulted many counsellors regarding his unemployment and whenever he was asked what he wanted to do, he always had the same answer and that was to play football. This looked a bit impossible at that moment and thus was advised to change his profession. Being well educated in his early life, he was capable to get into a business. He was thus offered a job as cloth manager by one of his friends, who owned a clothing shop. What could have the big man decided? He did not accept the offer and rather decided to work hard to achieve his goal. He started training back at La Havre Academy. With his brother, he used to train twice a day. Drills in the morning followed by shot-stopping in the evening.

This hard work had to pay off one day and it exactly did. After a year of struggle, he was contacted by one of his old friends at Cherbourg, Ted Lavie. Ted was an old friend of Marseille’s Goalkeeping coach of the time, Dominique Bernatowicz. Bernatowicz was looking for a reserve keeper for the Marseille squad and Ted convinced him to have Mendy for a trial. This was a very important phase for Mendy as this could actually decide the fate of his family and his dream.

In the very first session, he was very impressive. Bernatowicz then took him to the professionals at the club and everyone was shocked to learn that the keeper of his abilities was out of contract. This led him to sign a decent contract.

Mendy still did not stop here and worked hard as he was not settled to be a reserve. He took a loan move to Reims in Ligue 2. This was guided by his new agent, who he met with the help of Dominique. In the very first match, Reims first-choice between the sticks was handed a red card in the opening minutes of the game. Mendy grabbed the opportunity with both hands and then there was no stopping. He led Reims to the crown of Ligue 2 and started catching the eye of scouts all over Europe.

In 2019, he moved to Stade Rennes, which was the penultimate step before the big move he always dreamt of. In the very first season, he helped Rennes to finish at their career-best, 3rd position in the Ligue 1.

Rennes is also the club from where a Premier League legend, Petr Cech started his career. Cech, who is an integral part of the boardroom at Chelsea, were looking to replace their most expensive signing, Kepa, with a suitable option due to a poor run of form. Cech directly called his old club and demanded the move for the Senegalese keeper, Edouard Mendy. Mendy was just going to achieve his dream of playing in England and he became all so ready to make his move.

He became the first choice at Chelsea and started putting in numbers matching the legend, Petr Cech himself. In the very first season, Chelsea lifted the Champions League title with a record of conceding the least goals in the campaign. Mendy was indeed one of the biggest reasons for the same. Then he went on to win the UEFA Super Cup, crowned as UEFA’s Best Goalkeeper of the Year, FIFA’s Goalkeeper of the year and now won the AFCON Cup, AFCON’s Best Goalkeeper award and FIFA Club World Cup.

This indeed was a journey to cherish, a journey to learn and get inspired from. Mendy definitely now has everything to work on and achieve greater heights.