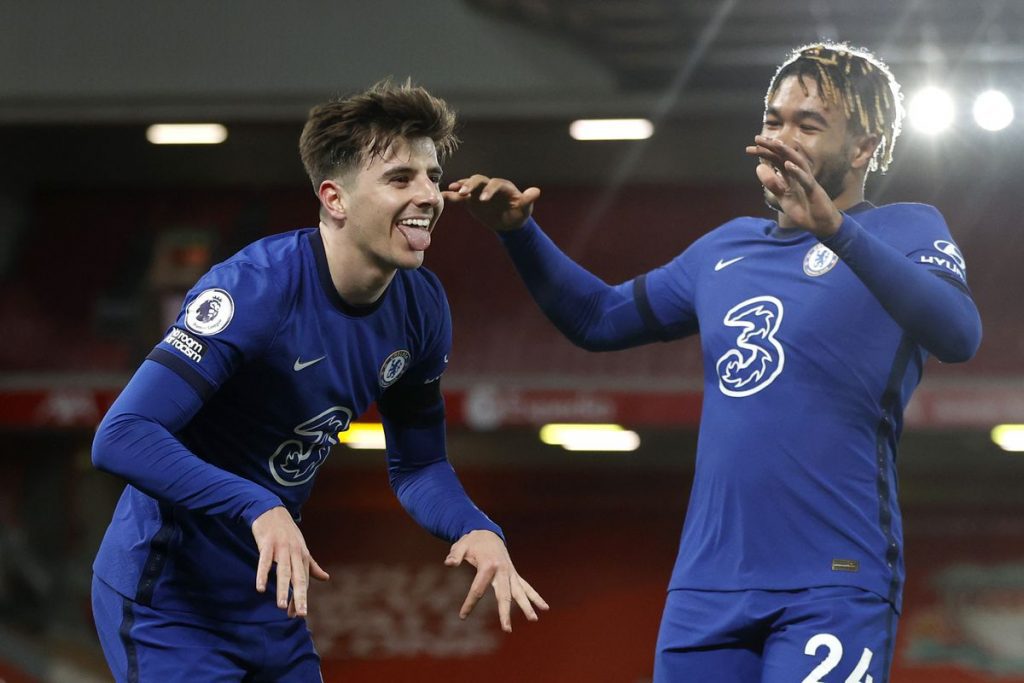 5 consecutive Premier League defeats at home. This sentence had never even been stuttered at Anfield in all of Liverpool’s glorious history, as the reigning Premier League champions were once again defeated at Anfield, which was once the fortress of the Scousers, where even the biggest of the big failed to knock Liverpool down.

However, this fortress has now not just been knocked down, but it has been torn apart and how. Burnley, Brighton, Manchester City, Everton, and now Chelsea have brushed apart Liverpool at home, something nobody managed for 3 and a half years before this, and now it feels that everybody has a shot to win there. While Manchester City were the most dominant team to knock Liverpool off their perch at home, Chelsea delivered a scathing statement to the rest of the Premier League.

While Frank Lampard’s sacking in January seemed harsh to most people connected with the club, the arrival of Thomas Tuchel was needed. There were talks of even bringing in Avram Grant as a member of Lampard’s backroom staff to act as an advisor to the Chelsea legend, but the need of the hour was somebody who could cultivate the best out of this expensively acquired squad, and Tuchel delivered as soon as he came in but there were always doubts regarding Chelsea’s identity under the German, with Chelsea not being able to score freely under the former PSG manager.

On Feb 19, Chelsea tied 1-1 with Southampton, post which, everybody was convinced about the fact that Chelsea & Tuchel cannot handle a big team and can only deliver against the ‘lesser’ teams. Tuchel did not pay heed to any of this as he trusted in his players and the process, and boy have paid his faith back. Chelsea’s 1-0 win against Atletico were signs of how Tuchel wanted his team to play but this was followed by a less than enthusiastic performance against Manchester United, albeit it seemed like Manchester United always came for a draw in that game. However, on Thursday night, Chelsea delivered against Liverpool as they showcased what Tuchel has been talking about ever since his arrival.

Whenever Thomas Tuchel was asked about his management of Timo Werner, the German would respond saying- “We are working with Timo every day and working towards playing him through the center and the kind of runs he needs to make as a center-forward”.

Yet, everybody thought, these were basically echoes of Frank Lampard towards the start of the season until he was sacked in January. But there is something important to note here. Timo Werner, for most of his adult career, never actually played as a focal point besides for Germany, but even in the national team, his role would be on the inside left. Tuchel having followed the striker’s career path was well aware of this, which is why after working with Werner for over a month, he fielded him against Liverpool, knowing full well that if there was anybody could who torment Liverpool’s high backline, it was going to be Timo Werner.

The German was fed with several chances and while he scuffed a lobbed ball into the hands of Alisson early on into the game, he made no mistake 5 minutes later, when he was put through on goal by a lobbed Jorginho pass, as Werner nicked the ball ahead of Alisson and went on to finish without any hesitance into an open net. But as fate would have it, Werner would be ruled offside by the tiniest of margins and Liverpool could breathe again.

Apart from Werner, a couple of weeks ago, a lot of people had written off Hakim Ziyech, and while the former Ajax man was trying to get into the first team again, Tuchel always had a plan for him. Against Liverpool, Ziyech was always trying to run off between Kabak & Robertson while his first touch passes were a thing of beauty. This confidence has been re-instilled in him by Thomas Tuchel, however, in the second half, the Moroccan could not generate the same work-rate because of which he was swiftly replaced by Christian Pulisic after just over an hour into the game.

But the plaudits of this game and the Tuchel era go to Mason Mount who has been Chelsea’s best player this season and proved yet again why he continues to be selected game after game under every manager he plays. With the constant pressing; the feisty nature of tackling; having the guile of looking for a cross-field pass; dribbling past opponents, Mason Mount has delivered on all fronts for Chelsea this season and he did so again against Liverpool. Mount was found by a cross-field pass into a vacant area by Kante, but from there on in, it was all Mason Mount. The 22-year-old cut inside and curled in an absolute gem of finish into the bottom right corner while Fabinho and Alexander Arnold could only look at each other to see whose responsibility it was to obstruct Mount’s path into the center of the 6-yard box. Tuchel rejoiced as his game plan worked and he knew VAR could not rule this one out.

While Chelsea’s attack finally delivered for Tuchel, the midfield and defence had always been exemplary under the German. In 10 games under Tuchel, Chelsea has only conceded 2 goals and only one of them has been from an opposition player. That is how good Chelsea has been under Tuchel. Playing against Simeone, Solskjaer, Mourinho, and Klopp and not conceding a single goal against any of them is not a small feat by any means. While Reece James and Ben Chilwell actively protected their wings in the most brute fashion ever, the hero of the day was Christensen. The Dane came into the side as a deputy to Thiago Silva after the Brazilian’s injury in mid-February and Christensen has justified his selection, so much so, that Tuchel might think twice about how to incorporate Silva back into the lineup.

MUST READ: Mason Mount proving his case under Thomas Tuchel

Kante & Jorginho complemented each other brilliantly as they did not let Curtis Jones, Wijnaldum, or Thiago Silva take hold of the game from the center of the park. Thiago was restricted to side-way passes while Wijnaldum and Curtis Jones had minimal possession if they ever did. Kante delivered the assist for the goal and it showed the range of play the Frenchman is capable of displaying, as he continuously tried stretching Liverpool by shifting the ball to the wingbacks with his long-range passes. The midfield has always delivered for Tuchel and it delivered again tonight against Jurgen Klopp’s men, somebody Tuchel had not defeated at home in his entire career until Thursday night.

While critics would claim that Liverpool are currently at their weakest, Chelsea delivered a performance stating that they were best than the rest, barring Manchester City. Chelsea are back into the Top 4 with this win, and with Leicester’s injuries and Manchester United faltering recently, Chelsea could cement a place in the Top 4 before anybody else does. This performance by Chelsea was due and there would be nobody happier than Thomas Tuchel in London this week, albeit his focus will be on the next game against Everton on Monday night. Ultimately, this coming of age performance by the German’s side will surely go down as one of the most memorable wins in his managerial career.

Selling Angelino, an expensive mistake by Manchester City?
Are we about to see yet another conflict between clubs & countries as Jurgen Klopp reveals he will not let his players travel to Red zoned countries
To Top