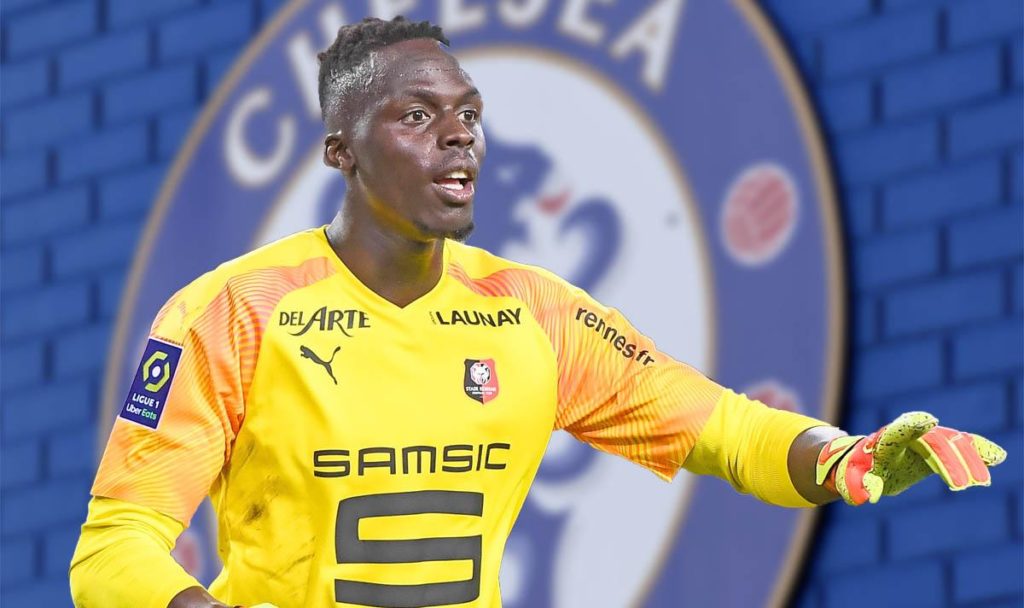 Chelsea are moving closer to sealing a deal for Rennes goalkeeper Edouard Mendy for the 2020/21 campaign.

The Premier League side are reported to have reached an agreement with the French outfit for the 28-year-old, with the shot stopper expected to sign a long term contract at the Stamford Bridge.

Mendy is understood to have already asked Rennes to allow him leave the club after learning of Chelsea’s interest and is also said to have agreed personal terms with Frank Lampard’s team.

Rennes president Nicolas Holveck confirmed the talks with Chelsea at a press conference on Wednesday, saying the 28-year-old had expressed his desire to move to Stamford Bridge.

“Discussions have started with Chelsea for Edouard Mendy,” Holveck said. “I can understand his desire, he told us. But for the moment, there is no agreement and for a transfer, we need an agreement of the three parties.”

The Blues saw an initial £18 million offer for the Senegal international turned down with his side holding out for a few understood to be close to £30 million.

However, both parties have finally reached an agreement with Mendy expected to undergo his medical check over the weekend ahead of an imminent move to the west London side.

Kepa Arrizabalaga could be the victim in this transfer should Mendy end up at the Stamford Bridge.

The Spain international has had an unimpressive first two seasons in goal for Chelsea which has triggered Lampard to dig into the market for a new first choice goalkeeper.

Mendy will add to the quality signings made by the Blues so far in the summer transfer window and reports also suggest they could go on pursue Declan Rice after signing the goalkeeper.

The shot stopper made 24 appearances for the Ligue 1 outfit in the truncated 2019/20 season, keeping nine clean sheets in the process.

How an injury plagued Leicester City can lineup against West Bromwich Albion?
What Ollie Watkins brings to Aston Villa
To Top