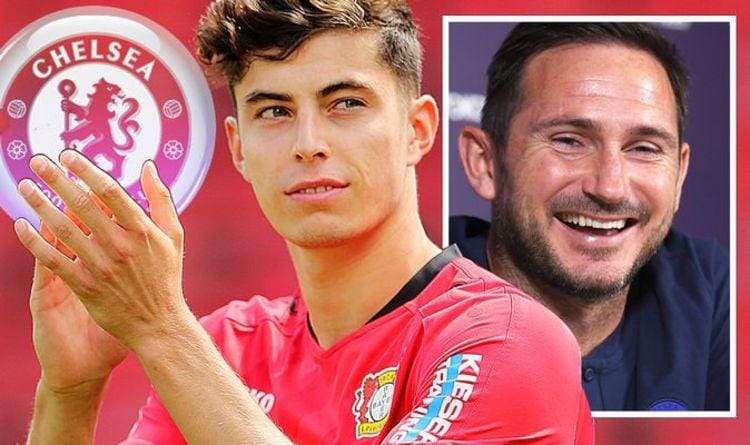 Chelsea are increasing looking likely to officially confirm the signing of Kai Havertz from Bayer Leverkusen this summer.

The Premier League outfit are understood to be closing in on a final deal for the Germany international, having agreed to meet Leverkusen’s asking price of £90 million.

Havertz was the subject of strong interest from huge European clubs such as Real Madrid, Bayern Munich, and Manchester United, but Frank Lampard’s side look to have beat stiff competition from other suitors for the signature of the 21-year-old ahead of the start of the 2020/21 campaign.

He is on course to become the Blues record signing should the deal be finalised in the coming days beating the previous fee (£71.6 million) set by Kepa Arrizabalaga when the Spanish goalkeeper moved to Stamford Bridge from Athletic Bilbao in the summer of 2018.

Kai Havertz has been told last Monday: “The deal is done. You’ll be a Chelsea player”. And so it will be soon. 🔵 #CFC

The youngster will however still need to undergo a routine medical and put pen to paper before the English club can make an official statement to confirm his signing from the German side.

Havertz was absent for pre-season medical checks on Sunday as he prepares to complete his switch to west London, together with Kevin Volland who is also set for a move to French Ligu1 side Monaco this summer.

And speaking on Monday Leverkusen manager Peter Bosz said he doesn’t think that he will be welcoming either player back into his ranks after he was quizzed on the two during his press conference.

“Unfortunately, our squad has not yet been determined,” he said. “I no longer expect that Kevin Volland and Kai Havertz will train with us again. It is possible that other players will also switch. We definitely have to bring players in too.”

Kai Havertz will be become the club’s sixth signing of the summer transfer window, having already made five signings.