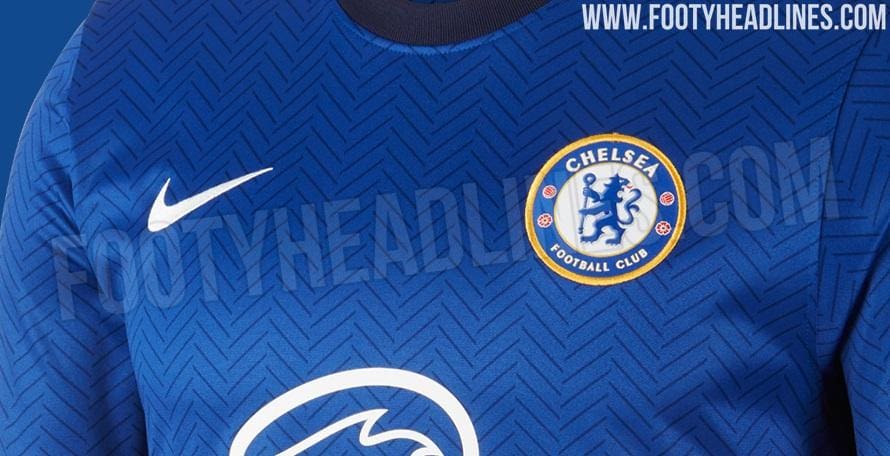 Following the leak of Chelsea’s 2020-21 Home kit collection, images of their Home kit for the 2020/21 season have surfaced.

Chelsea’s shorts, socks and goalkeeper’s jersey has already been leaked and now we get to have a look at the Blues’ home shirt for next season. The first few pictures of the short and socks for next seasons home games were already leaked and they have the same pattern as the home jersey, as everyone expected.

The 2020-21 home jersey, which is made by Nike, as usual, has been inspired by London as a men’s fashion hub. There are two different shades of blue in the 2020-21 home jersey. There are several lateral stripes on the jersey which is navy blue in colour. The round neck collars, as well as the sleeve cuffs, are also navy blue in colour. The entire front of the jersey has a subtle chevron pattern. Same with the sleeves and the back. 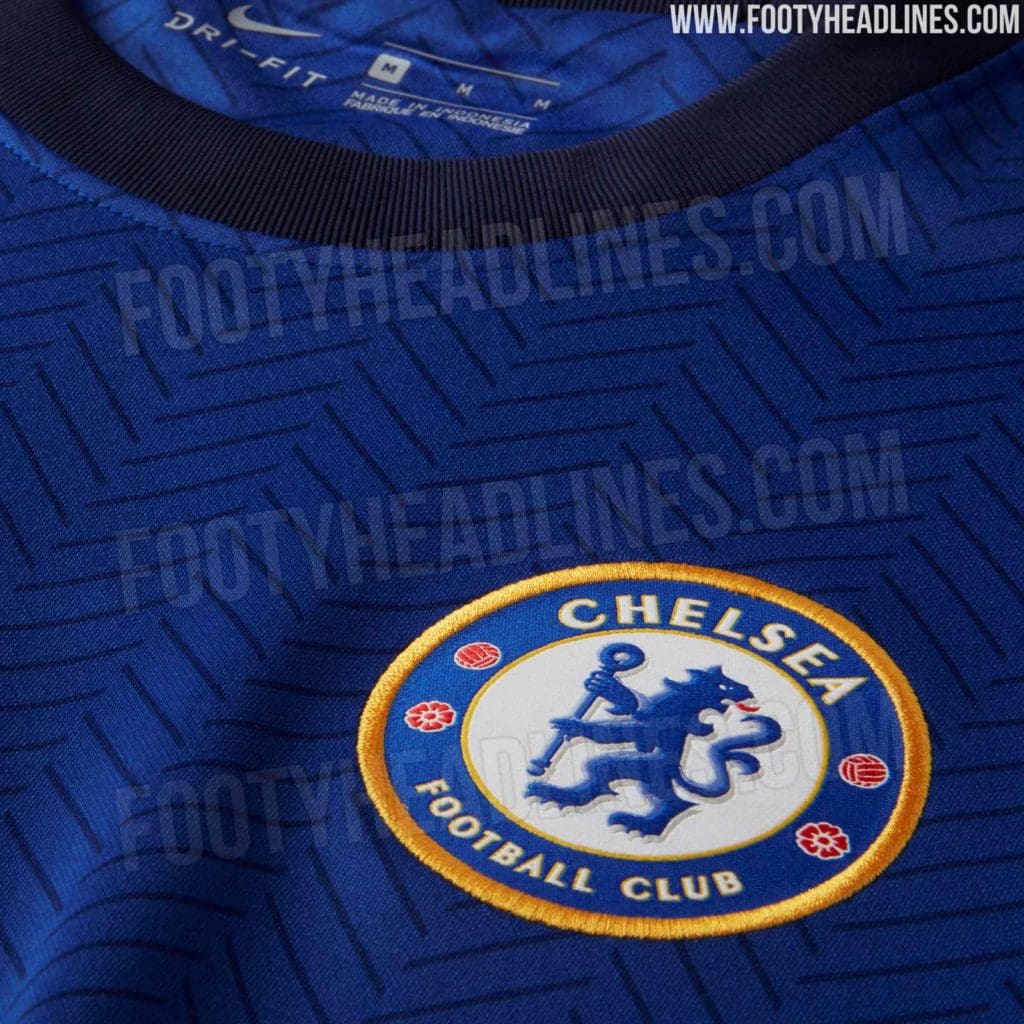 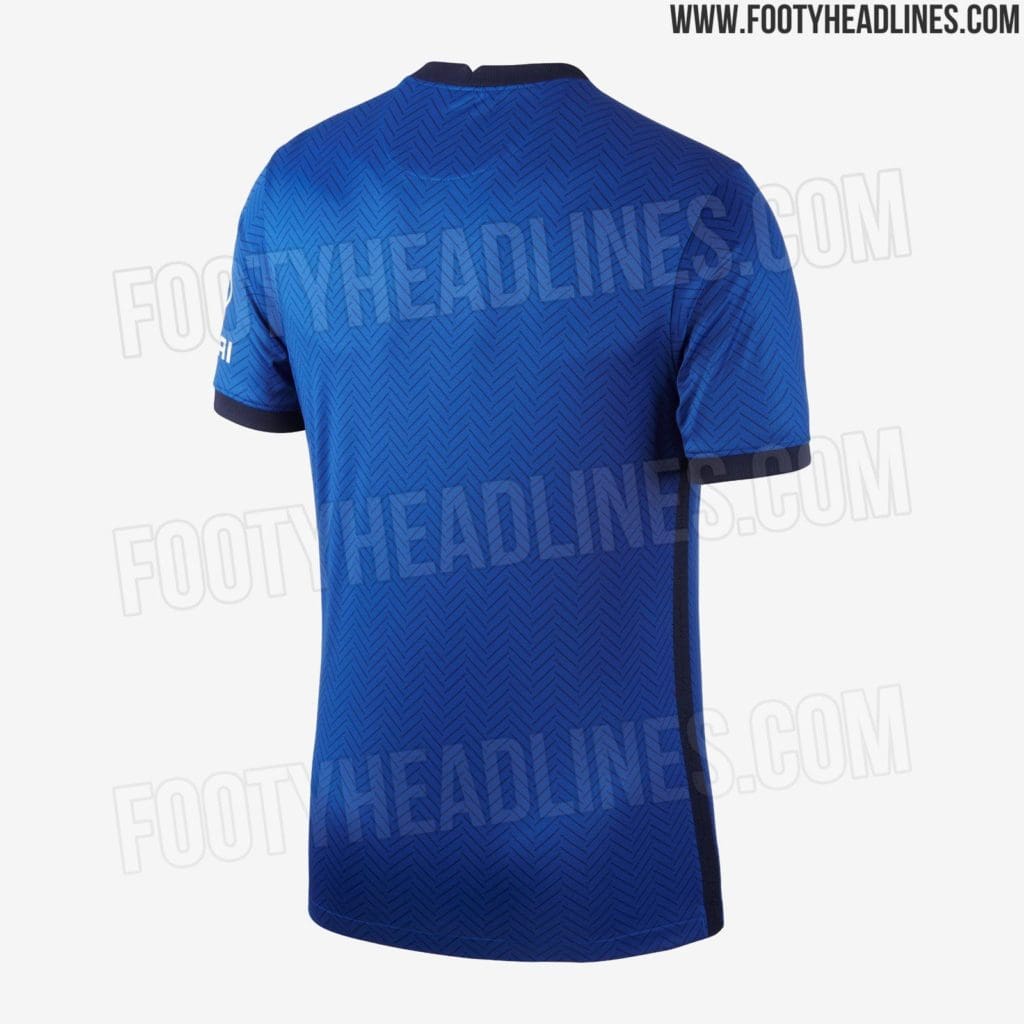 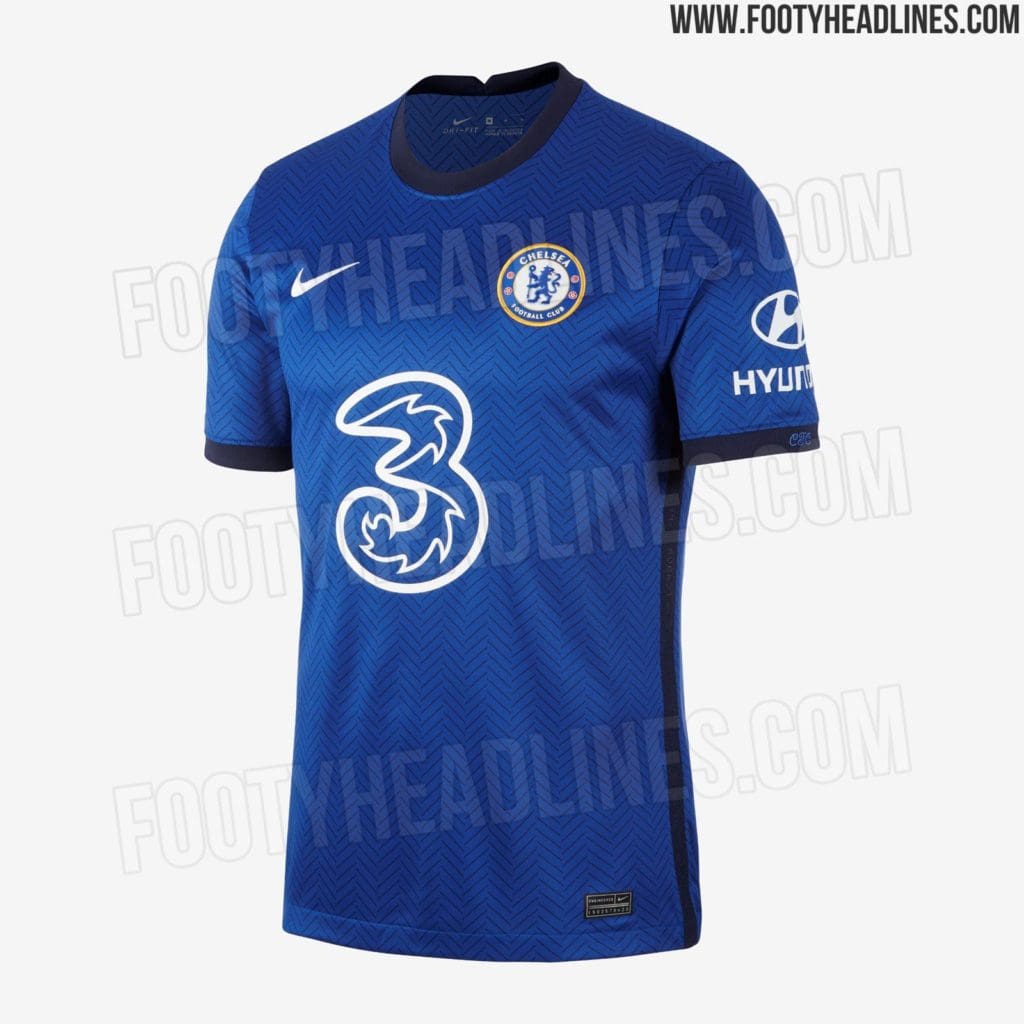 The sponsor logo, which is Nike’s tick sign, on the front and on the left side of the sleeves of the 2020-21 home jersey is white in colour. Additionally, there’s a subtle ‘CFC’ text of the cuffs of both sides of the sleeves. This completes an enigmatic look of the jersey and will surely be the fan-favourite after it’s release.

The Blue shorts and the white stockings complete the club’s nest year’s home kit. The new Chelsea’s home jersey which is designed by Nike is expected to be released officially in the next few days, a bit later than the usual times.