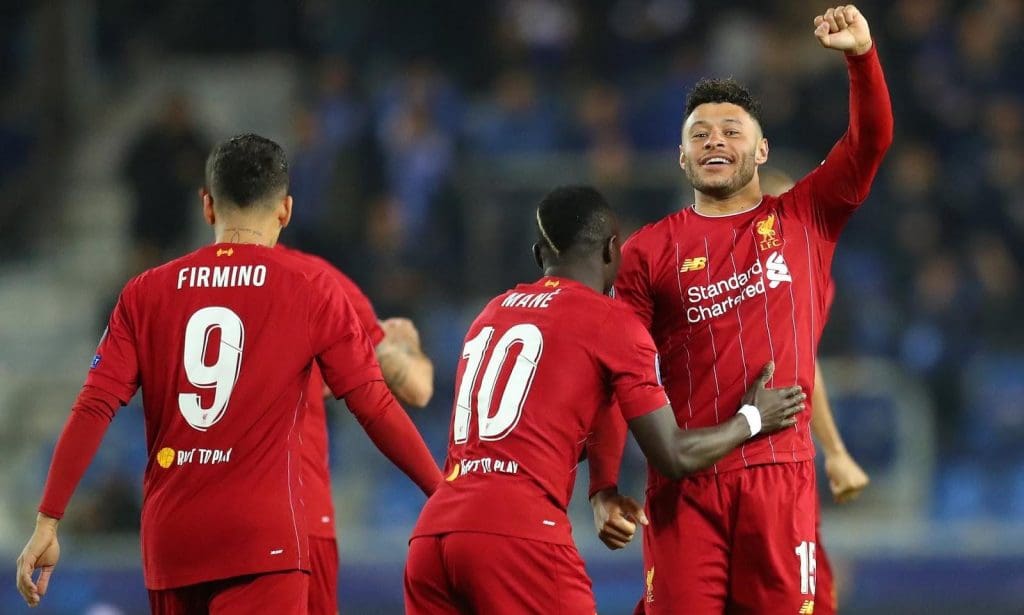 Liverpool had another of comfortable Champions league nights as the Reds continue defence of their European crown. The likes of Sadio Mane, Mohamed Salah and Roberto Firmino has always stepped up on Tuesdays and Wednesdays… But out against Genk, Liverpool had a new hero in Alex Oxlade-Chamberlain, who put in a brilliant performance to make sure they leave Belgium with much valuable three points.

A brace from Ox complemented by strikes from Salah and Mane meant a an impressive away night in the Champions League (something which Liverpool have struggled in the last couple of seasons).

Chamberlain’s first one was a fine effort from distance, though his second one turns out to be a contender for Champions League goal of the season. As he got the ball on the edge of the box, Oxlade-Chamberlain fired an effort on the goal with outside of his right boot, firing the ball in the net off the bar as a result.

What an outrageous finish from Alex Oxlade-Chamberlain! 😱🔥pic.twitter.com/s5KPiMPUEM

Following his brace yesterday night, Alex became the first player since Lionel Messi to net twice from outside the box in the same Champions League game, which the Barcelona’s legend did in 3-0 win over Man United last season.

2 – Alex Oxlade-Chamberlain is the first player to score two goals from outside the box in a Champions League game since Lionel Messi in April 2019 against Man Utd. Range. pic.twitter.com/eQQKkBCFiY