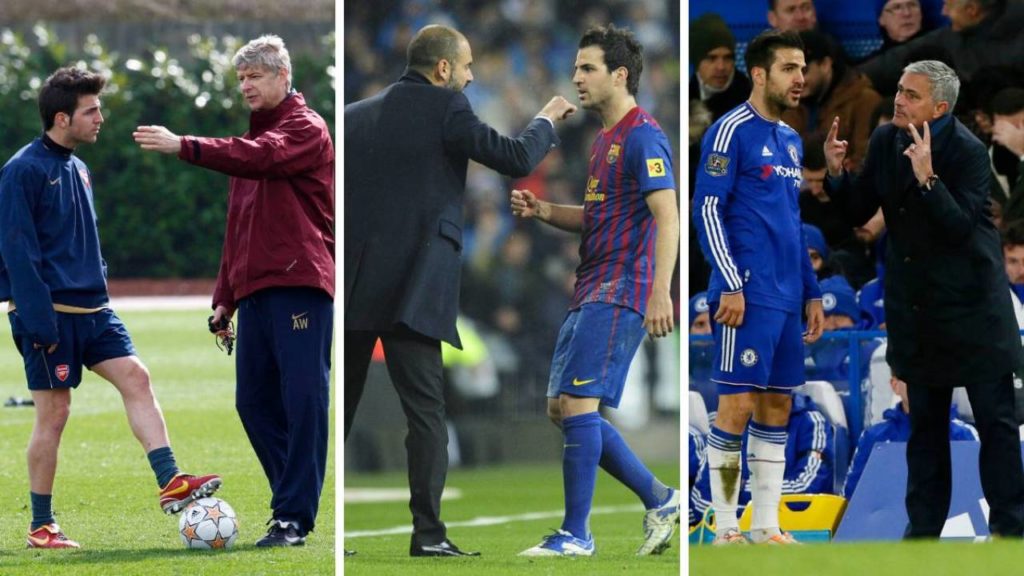 Former Arsenal and Chelsea midfielder Cesc Fabregas has opened up on the difference between three of the top managers he played under – Arsene Wenger, Pep Guardiola & Jose Mourinho.

In an online question and answer with Manchester United legend Rio Ferdinand, the Spaniard was asked to differentiate between the three managers under whom Cesc played. Cesc shared his opinion on which type of players are best suitable for these three managers.

“Arsene Wenger is the best coach for young players, ” the 33-year-old Monaco midfielder said. “Pep is the most tactical out of the three. He trusts the way he plays and the way he teaches you to play will find the right spaces.

“Jose is probably the coach that played with my mind better.”

Fabregas played under Mourinho from 2014-15 until his sacking at Chelsea. He won a domestic double with Mourinho’s Chelsea 2014-15 including the Premier League and the League Cup. He admitted that Mourinho has a knack for improving and motivating top players.

“Jose is the coach that tactically he has got one system but he works on that system very well, ” he added.

“When I first met him he told me I need two players. I’m going to sign Diego Costa and if you come to me – he drew me the team on some paper – and said ‘This team is winning the title’.

“He is probably the coach that played with my mind better. He is a great coach for great players because he plays with the mind. He stimulates you.

“For example when we were playing well and doing well in the league he would text you and say how good you were, ‘Ah you played so well’ but then say ‘today you were rubbish’.

“You know, after the game he would play with you. Jose works with the mind of the players like nobody.”

Why Phillipe Coutinho might not fit in at Arsenal?
Scholes hails ‘ridiculous’ Barcelona and Real Madrid sides
To Top