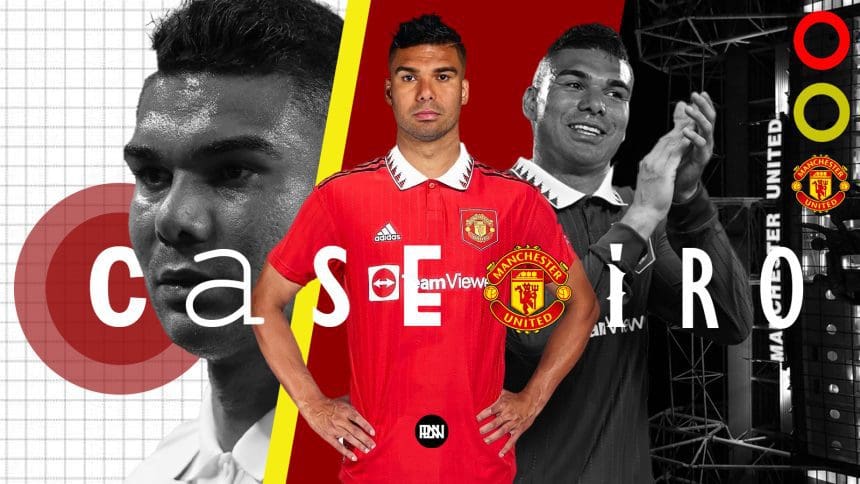 After a long and drawn-out pursuit,  Manchester United have finally signed a midfielder, and no it’s not Frenkie de Jong, despite interest being made very clear from United’s side from the start window, but it is another highly-rated one from Spain; Casemiro.

Casemiro seems to be one of these many footballers who is a victim of his own success — one-third of the one of the greatest midfield we’ve ever seen alongside Luka Modrić and Toni Kroos, you would think the credit he gets would be of the highest but the aforementioned names have taken the shine, and rightly so.

The common perception about the Brazilian is that he is a “water carrier” type of character on and off the pitch and to a certain extent that is true, but this perception is a dent to what he can offer as a ‘general’ for a top side as he has with Real Madrid. In Madrid, Toni Kroos and Luka Modrić. For Brazil, Philippe Coutinho and even in recent years Lucas Paquetá among others. This is now going to change. Manchester United signing Casemiro and making him their ‘statement midfield signing’ allows Casemiro, despite him in his later years, to be the standout in his position.

Casemiro joining Man United feels like a deal that should’ve been done 5, 3, maybe even a year ago, despite how unlikely that would’ve been — signing Casemiro, a world-renowned defensive midfielder, in the same summer you let Paul Pogba go, is representative of Manchester United’s transfer dealings in the last decade. He will have to quickly transition out of a midfield where he was the simple “destroyer” who had two of the best #8s of our generation — stringing the ball around the midfield. Where he will arrive at a side, where his responsibility will be significantly enhanced but also his status within the team will take a massive spike as well.

At Madrid, Karim Benzema, Vinícius Jr., and the aforementioned Toni Kroos and Luka Modrić are all being valued higher within the club and the signing of Aurélien Tchouaméni only reiterates the declining status that Casemiro had at Los Blancos.

And despite the obvious claims that he ‘joined for money’ considering the massive step down from the champions of Europe to a massively underperforming club as a whole, but there needs to be more weight for Casemiro’s side — as stated the player’s dwindling status at the club was evident and an opportunity to be the start of an Old Trafford midfield overhaul would have appealed to him just like it did to this former Real Madrid teammate Raphaël Varane.

What Can Casemiro Offer Manchester United?

Casemiro is the epitome of the classic defensive midfielder — he’s got the athletic stature and capacity, understanding of disrupting opposition moves, attitude to defend, protective screen, anticipating the second ball, aerial duels and ground duels, and stopping transitions — an elite defensive midfielder.

The prominent aspect that makes Casemiro such an attractive signing is his capability to consistently win his duels; in the air and on the ground. The Brazilian ranks in the top 4 percentile for aerial duels won according to Fbref — emphasising his quality in the air and at just 6’0, he’s amongst the best midfielders in Europe’s big leagues. In fact, he has ranked in the 10 percentile for the last 5 seasons.

But his ability to win duels goes beyond his physicality. Casemiro often uses his anticipation skill to get an advantage in being dominant in duels – and recover – for his team. He’ll regularly sense a ball being unchallenged and he’ll go out of his way to challenge it, showing defensive intensity. Manchester United’s midfield pivot; Scott McTominay and Fred or commonly called “McFred” have often been criticised for their lack of efficiency in their duels despite either respective physical gifts. It is also something that Paul Pogba was berated for during his time at Old Trafford.

UEFA’s Champions League numbers even revealed Casemiro suffered more fouls (18) than he gave way (17) throughout the campaign. This suggests to another of his major talents — knowing his way with referees — master of dark arts you could say. Supporters of his own team and rivals have frequently admired his phenomenal proficiency to evade yellow and red cards. It’s a recognition of his match cleverness and tactful dexterities that he maintains just been sent off twice (both occasions being for double yellow cards) in 521 senior games of dashing into duels for club and country.

Casemiro doesn’t just use his athleticism to win duels, he also unfailingly recovers to prevent dangerous attacking situations that may develop. He ranked 7th in LaLiga for recoveries but played the least 90s out of those players — for per ninety he ranks 2nd amongst those players. He’s able to maintain and perceive control of any attacking situation around him and often uses his physical advantage to eventually win those recoveries — ability to eat up ground through his strides.

Casemiro is one of the best recovers in midfield — ranking in the top 18 percentile for his recoveries rate which is something you’d expect at Real Madrid, a team that often face a lot of transitions from the opposition they play.

So, Manchester United won’t just be getting a player who is combative in the challenge but a player who is athletic enough to aid support for his defensive teammates and the ability to win back the ball and restart potential attacks.

One of the glaring issues within the Manchester United midfield is the lack of profiles within the squad to play in the ‘anchor’ role for the team. McTominay and Fred have been used in this role but the pair look more comfortable and effective in a more advanced position with less responsibility to being the first phase midfielder — they look more comfortable as the second phase midfielder.

Despite Casemiro’s obvious limitations in his range of passing or the purpose of his ball-plating abilities — tend to be more reserved, the Brazilian still maintains a compuseure and preciseness about his play that has been needed from a midfielder in the front of United’s defence.

Here’s a sequence, at 1:26 in the below video, he plays a one-two passing combination with Modrić and Carvajal before spotting the run developing and playing out wide for Valverde.

How much of his success is down to the great team he played, can he bring success to Manchester United?

We know all about what Casemiro can produce, despite this, there is a big question mark over his head. Casemiro is regarded as one of the best defensive midfielders of his generation, but it’s much easier to look as good as he does when he plays with the players he plays with under the managers he’s played under.

It’s an indisputable talent to sense danger, anticipate where that danger can evolve and intercept and stop that danger from potentially ending up in a goal. Casemiro’s role may appear straightforward, but it’s a by-product of his intelligence, work-rate on and off the pitch and raw ability that has been enhanced. There is a reason why he’s one-third of the most talented midfield trios we’ve ever seen.

The version of Casemiro is due to the team he’s coming into but we can expect a not too dissimilar version of what we saw last season (as simple as that sounds).

Of course at Real Madrid Casemiro has a role and responsibility that he has to stick to and maximise the betterment of others around. But it shouldn’t be lost on football fans, what he can do with less restriction in his role and more of a responsibility to be ‘that guy’ in midfield.

Is he on the decline?

So far, we’ve looked at what he can offer Manchester United now. Whereas a more important query is what lies ahead, and how long he can sustain it for. He may just be 30, but Casemiro is turning 31 in February next year, which is already a risky age to buy him at, considering how physically demanding his role has been in the last few years.

His body has gone through a rigorous career for more than half a decade and his mileage can only go so far — amassing tons of minutes early on in your career can result in a more premature decline, just look at some like Cesc Fàbregas or Bastian Schweinsteiger.

To counter this, Casemiro’s injury record is impeccable, only missing a huge chunk in the 2016/17 season — where he sustained a Fibula shaft fracture — missing 13 games and has only missed 30 games, according to Transfermarket.

Another possible problem is that game is Casemiro’s relatively heavy on his athleticism as mentioned before, particularly his acceleration and power. While he times his off-ball challenges exceptionally well, his capability to get close to high speeds before attackers can adjust the direction and get away from his path.

He may have to acclimate his play style during the later years of his reported lengthy deal if he is to still maximise his abilities for the rest of his career.

This brings us to the final question.

Is Casemiro Worth the Money? 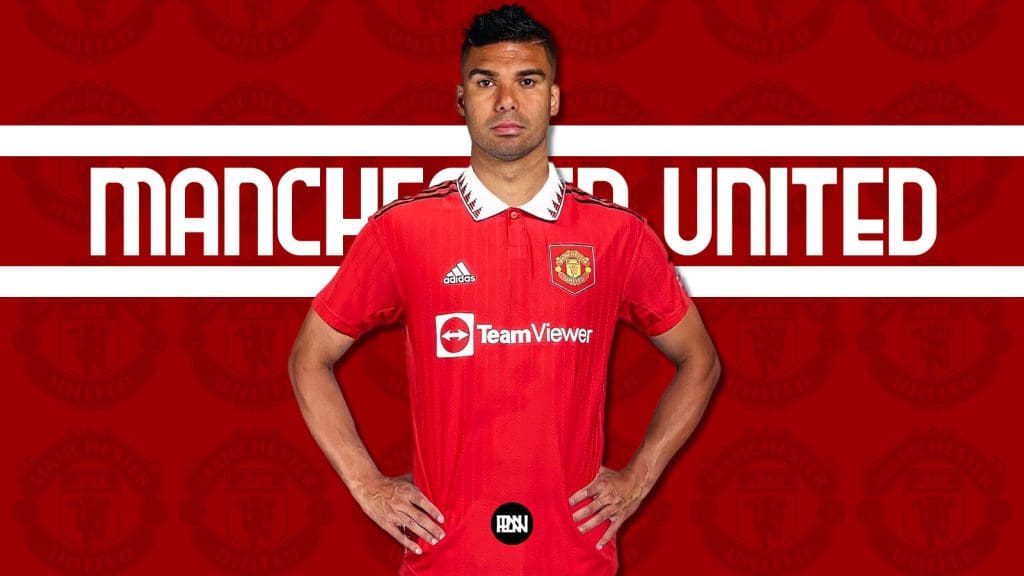 If the stories of a £60 million (€70m), with another £10m (€11m) in add-ons transfer fees and weekly wages surpassing £350,000 are to be acknowledged, Casemiro would cost Manchester United at least £140 million over a four-to-five years period.

Straight away the fee has been a major talking point, is it financially stable to be spending £70 million on a 30-year-old? Well, effectively, a transfer fee of £70 million is the going rate nowadays for somebody as well-regarded and established as Casemiro, but it is an indication of how the demand for players approaching their thirties has subsided and its limited crop of clubs they can go to especially if they’re already at the top level.

In recap, this is a deal that illustrates the immediate need for the player now and a “pay whatever it’s needed to bring him in” type of deal. Despite the long-term aspirations laid out by United and ten Hag, it’s clear that the team needs now and here characters who can contribute high-level performances immediately.

To conclude, in Madrid, we’ve seen a version of Casemiro who’s a ceiling-raiser, with a specified, distinctive role that allows the construction of a renowned midfield that was invincible. Whereas at United, where the intent is to make a reasonable midfield great, expect to see him impose himself from deeper than he ever has and take responsibility in any initial attack that is started.

He isn’t a precise fit for what Ten Hag desires from his #6, and perhaps a definitive resolution for United would’ve been to bring both him and De Jong this summer and have both players partner the midfield and emphasise a true midfield makeover. While that is extremely improbable to occur, the Brazilian’s blend of ball-winning capability, tactical sense, and attention to detail — in addition to his association and alliance at the international level with Fred and previously at the club level with Raphaël Varane and Cristiano Ronaldo — would allow him to be a hugely worthwhile incoming to Old Trafford.

Inevitably, Casemiro’s worth will decline as his years and experience start to catch up with him. Though until then, it’s an intriguing moment to be a Manchester United fan or anyone associated with the club, because they now have a new man in their midfield, one that indicates a start to a midfield revolution. 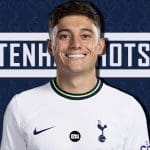 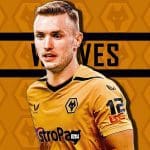