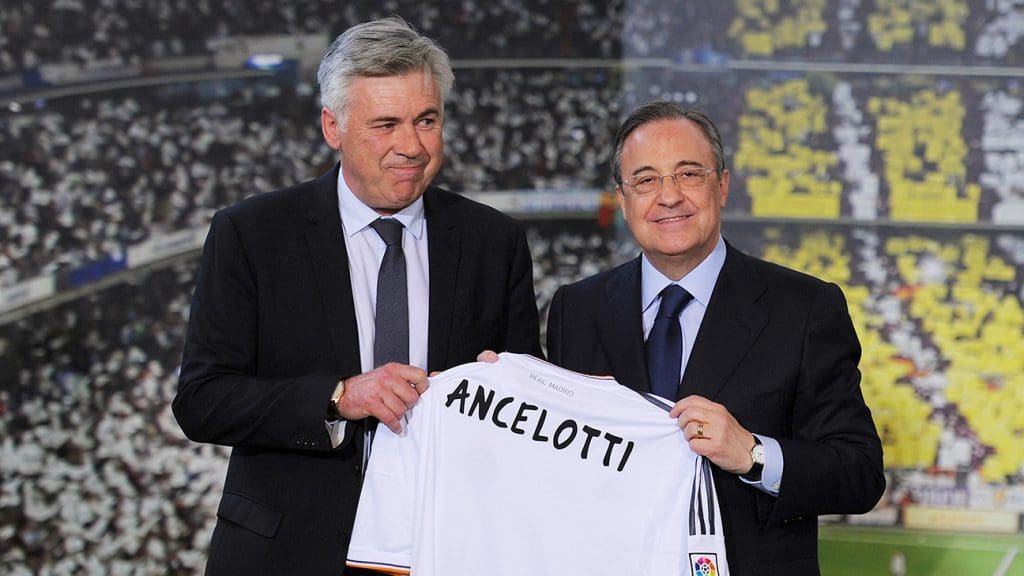 After Zinedine Zidane resigned from the Real Madrid job only three days after the 2020/21 season ended, Florentino Perez has been on the lookout for his replacement. While early advancements have been made towards the likes of Mauricio Pochettino and Antonio Conte, it is reported that the hierarchy will feel a lot more secure should a former manager be appointed. This has led to Carlo Ancelotti almost closing in on a return to Real Madrid after Everton announced that the Italian has left the club on Tuesday morning.

THE CRACKS AT MADRID:

For all of Madrid’s success in the last decade, there very a lot of inside stories regarding mismanagement in the club. Zinedine Zidane’s open letter to the fans stated that he was not being supported completely, while his ambitions were different than that of the club. The European Super League is also a major reason for the ongoing chaos.

What is even more surprising is the fact that Florentino Perez has still not backed down from his stance of conducting the breakaway league. While his reasons for conducting it are justified, the methods used are criticised by fans all over the world, including the fans of Real Madrid. This causes a disconnect among the fans and the club, and while this could have been shushed previously by overperforming on the pitch, that is not the case anymore.

The warning bells were there as soon as both, Zinedine Zidane and Cristiano Ronaldo, left the club one after another in the summer of 2018, after they clinched their 3rd consecutive Champions League. It was not a shock, given that both the player and the manager had hinted at a possible exit a couple of months before they left.

However, the common thing between both exits were the disagreements between them and the hierarchy. It would take something massive for two legends of the club to leave in the same summer, such were the problems. While Julen Lopetegui and caretaker manager Santiago Solari tried to revive the club from the inside, the cracks were too deep, and Zinedine Zidane was recalled to steady the ship again.

Zidane’s return coupled with the £143 million signing of Eden Hazard showed signs of promise and Madrid’s rise to compete for the bigger trophies again. While Eden Hazard became severely injury-prone, Zidane continued to have problems with Gareth Bale and Madrid now had two world-class superstars who were not performing at their optimal level. Yet, Zidane went on to win La Liga, however, a lot of it was due to Barcelona’s decline as well as Atletico Madrid’s failure of capitalizing in the important moments. Nevertheless, Real Madrid deserved it, although they were knocked out of the R016 of the Champions League for the second consecutive year.

This season was yet another tumultuous campaign as Madrid ended the season without a single trophy to their name, while Sergio Ramos and Raphael Varane might not stay at the club next season. Zidane resigned due to reasons he vividly stated in an open letter to the fans, and Madrid are now left to be bystanders in this chaotic zone.

CARLO ANCELOTTI TO THE RESCUE?

Don Carlo, who has been managing Everton in England for the past year and a half, has done a decent job with the Toffees while he still has not lost his touch for incredible transfers.

Moreover, his pragmatic approach, along with his man-management skills work well for any top European club. His previous experience at Madrid did not end on a sour note either, which makes him a perfect candidate for the job.

The current Real Madrid squad can form an incredible starting XI, while their squad depth also boasts incredible talent given that the likes of Gareth Bale, Dani Ceballos, and Martin Odegaard could form a part of the squad next season after completing their loan spells in England. Additionally, Ancelotti will also be given a reasonable budget to work with to bring in one or two players who can fix the immediate problems in the squad.

While Ramos and Varane have uncertain futures, David Alaba has already been signed by the 13-time- European Champions. Eden Hazard could finally deliver next season, while Real Madrid are also closely monitoring Kylian Mbappe’s situation at PSG.

Ancelotti has proven before that he does not need a fancy squad to win trophies. He is a brilliant tactical manager, while he also maintains excellent relationships with the players, especially the senior members of the squad, who have a voice in the dressing room. Ancelotti has never had a strained relationship with the Madrid hierarchy, thus, it is a win-win for both parties.

WHAT NEXT FOR EVERTON?

Carlo Ancelotti would bring stability to Real Madrid, however, trophies cannot be guaranteed. Steven Gerrard has been considered as a potential replacement, however, his Liverpool connections might prevent that from happening. Rafa Benitez, David Moyes, and Paulo Fonseca are said to be frontrunners for the job, while Erik Ten Hag and Roberto Martinez have also been given an outside shout as the next man at the helm for the Toffees, with the latter having managed at the club previously.

Ancelotti brought in decent players with the likes of James Rodriguez, Abdoulaye Doucoure, and Allan, all justifying their price tags over the course of the season. A new manager could bring about a new ideology at the club while also build Everton to compete for a European spot season after season.

The Toffees need to make a smart decision this summer, and if things go their way, they will find a good replacement who can carry on the good work Carlo Ancelotti started at the club. 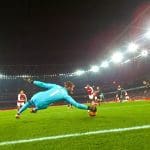 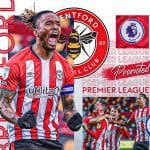