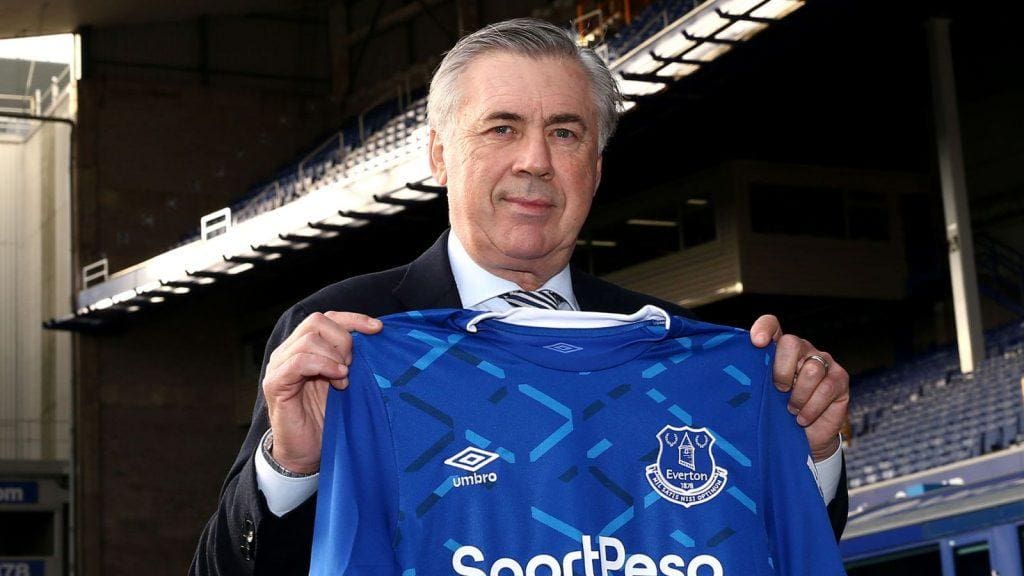 Everton have announced Carlo Ancelotti as their new manager following the sacking of Marco Silva. The Merseyside club is languishing in the bottom half of the table, just 4 points above the relegation zone. Now every Evertonian is looking at the Italian tactician Ancelotti to renew their fortunes. 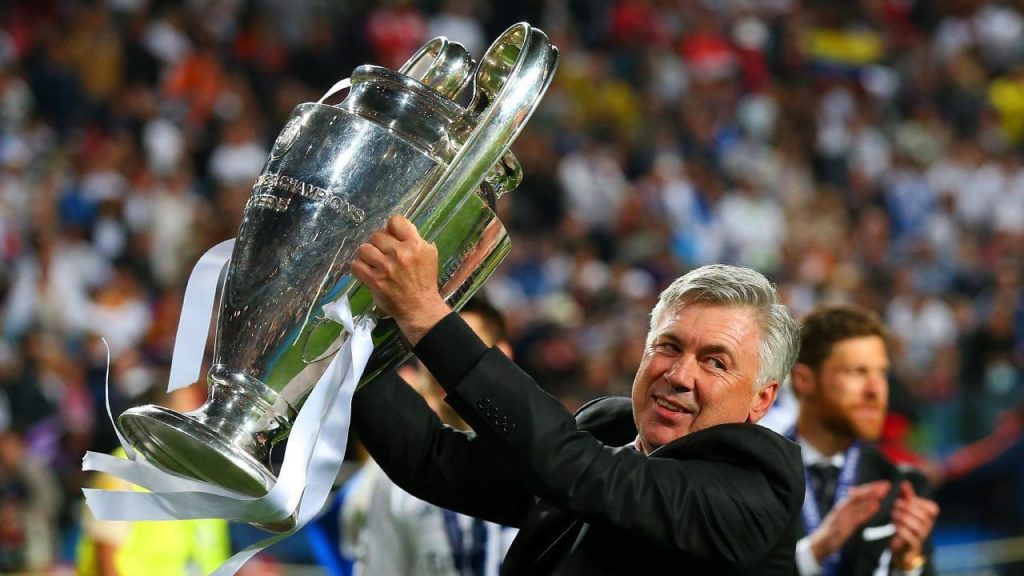 Carlo Ancelotti boasts of one glorious record as a manager in elite football. The manager from Italy is one of the most successful ones in the sport today. The impact this man has on the dressing room of the club he manages is undeniable. Throughout his career, Ancelotti has not just played some exciting and exhilarating football, but also won the biggest trophies in football.

Ancelotti’s first success came with AC Milan when he was appointed as manager in 2001. This was a Milan that was struggling to stay competitive over the past couple of seasons. Having sealed Champions League qualification in his first season with them, he then proceeded to rebuild the team in his second, even tinkering with the formation. He went on to win the Champions League title with Milan, beating his previous team Juventus on penalties in the final. He also won the Coppa Italia against Roma that year, convincing the footballing world of his acumen as a manger.  But there was so much more to come.

Ancelotti then took Milan further by winning the Serie A title in his third season at the helm. He did so in style with a record 82 points in the 34 games in Serie A. Having lost the 2005 Champions League final to Liverpool, he came back in 2007 with Milan to exact his revenge on Liverpool by defeating them in the final, claiming his second Champions League trophy with Milan.

The Italian mastermind would then move to Chelsea to try his hand at the Premier League. He did not disappoint, as he managed to win the domestic double with the Premier League and the FA Cup. They won the league title in formidable style, having scored a record breaking 103 goals en route to the title. By the end of his tenure at Chelsea, he had the third best winning percentage in Premier League history, behind only Jose Mourinho and Sir Alex Ferguson. 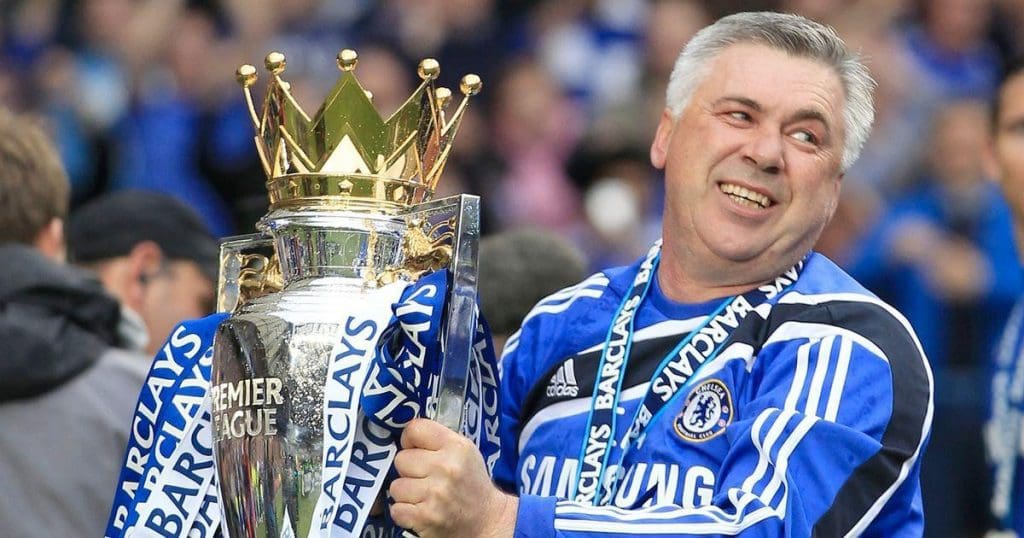 After Chelsea, Ancelotti agreed to manage PSG, who were trying to catapult themselves into a super club with the new owners taking over. In his first full season at the club, he led them to the Ligue 1 title, but lost to Barcelona in the Champions League semifinals. A club with a fearsome reputation in Europe these days, PSG certainly owe Ancelotti a lot of credit for starting them on this road.

Having moved to Real Madrid following his Ligue 1 triumph, Ancelotti was far from done. real Madrid were desperately chasing their first Champions League title since 2002, which would also be their tenth overall. Even with multiple signings and even managers like Jose Mourinho they could not achieve this dream; that is until Ancelotti came along. He guided Real Madrid to the coveted title in 2014.

An exciting chapter ahead for Everton 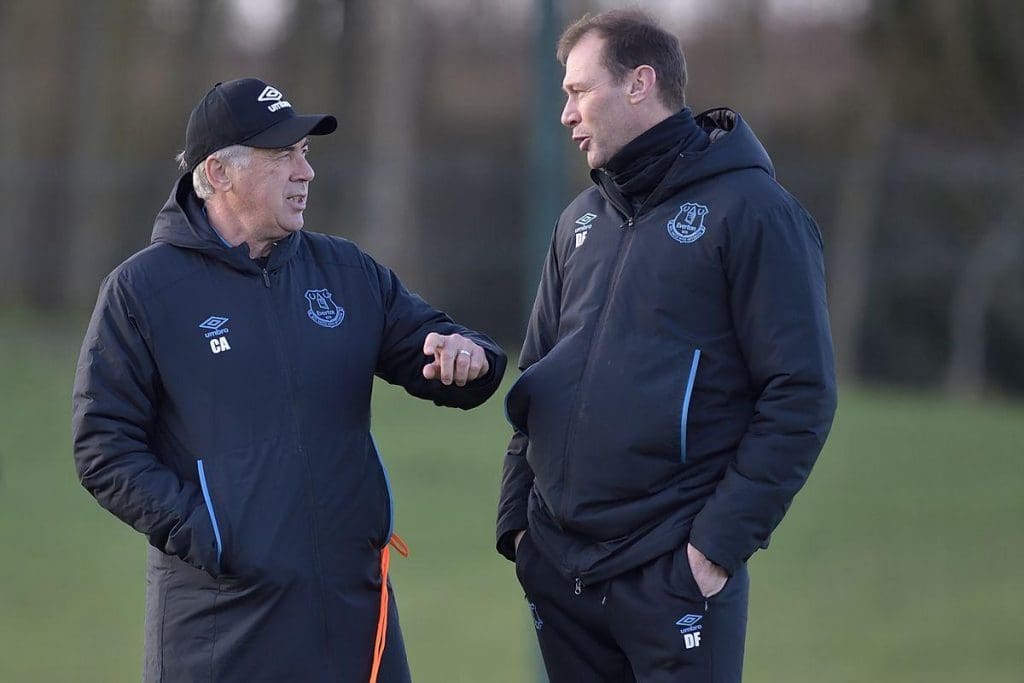 Everton have now pulled off an incredible coup by announcing Ancelotti as their next manager. Currently they are suffering a bad start to the season which has seen them fail to get out of the bottom half of the league table. However, with the Italian maestro in their dugout, they will surely become a force to reckon. Many see the European places as already gone this season; and while 13 points might prove too much to cover in just one half of the season, it may prove to be a foundation for the next season.

Ancelotti will have a huge impact on the players, the fans and the club as a whole. He brings with him a winning mentality that has been missing in the Merseyside club. With a wealth of experience and know-how, Everton are bound to become a contender for the top four spots in the next season, if not this one.

Furthermore, he will also have the transfer war-chest he will ant to become a competitive outfit. With new owner Farhad Moshiri in their corner, Everton have the capacity to spend huge amounts of money to get things right. And with a man of Ancelotti’s caliber given a free reign in the transfer window, they will be a team transformed by the next season. It must have been one of the conditions put forth by the Italian prior to signing the deal with Everton. The top clubs in England better start to look over their shoulders, for Everton will surely be coming up on them soon enough with a battle-hardened Commander now in place. 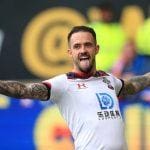 Chelsea better look out for in-form Danny Ings
Next Article 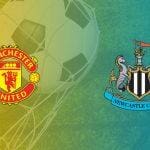