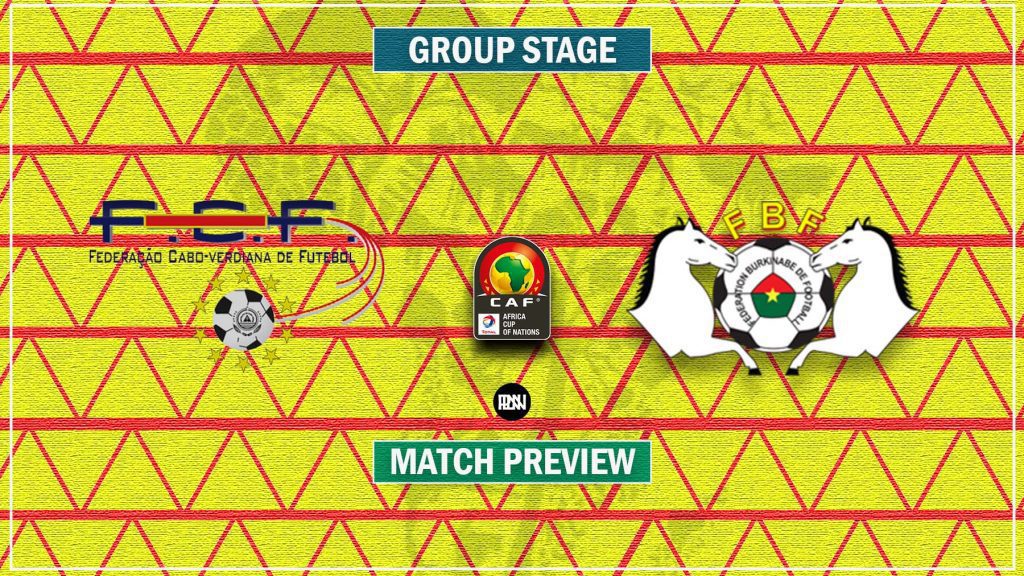 After a winning start to the 2021 Africa Cup of Nations campaign, Cape Verde will be hoping for two wins in two games when they face Burkina Faso in their next game in the competition.

Burkina Faso, despite making history by becoming the first country to score in the 33rd edition of the AFCON, lost 2-1 to Cameroon in the opening game of the tournament.

The Stallions opened the score against the host nation, but two spot-kicks before the half-time whistle saw them get beaten in the game. They go into Thursday’s game looking for their first win of the competition to stand a chance of progressing to the next round of the competition.

A win or draw for Cape Verde will also mean that the Blue Sharks are on course to advance to the knockout stages before their last group game.

Burkina Faso’s last game in Group A will be against Ethiopia.

Cape Verde head coach, Bubista is expected to keep the same frontline that started the game against Ethiopia on Sunday. Kenny Rocha Santos and Jeffrey Fortes should also keep their places in the team after impressing in the opening game. Not too many changes will be made to the starting line-up.

For Burkina Faso, Issa Kabore’s place could be up in the air after an unconvincing game against Toko Ekambi on the flanks. Gustavo Sangare, the man who opened the scoring in the tournament should also keep his place with Bayala and Traore assisting from the wings.

Even with a man advantage after Ethiopia picked up a red card, Cape Verde looked far from convincing, something they need to work on before they face Burkina Faso. Cape Verde also were far from efficient as they created just two big chances in the entire game although they managed 11 shots of which only three were on target. They will need to take their chances if they are to come up on top against the Stallions on Thursday.

For Kamou Malo’s side, their only downfall against the Indomitable Lions was giving away so many cheap fouls even in their own half. The west African side gave away 21 fouls with two leading to the penalty kicks, which they conceded from. The right flank, where Traore plays, was the main area through which Burkina Faso had more of their attacks compared to the other areas. Against Cape Verde, a team that likes to have the ball, Burkina Faso will need to avoid committing such fouls as they did against Cameroon.

Bertrand Traore was expected to captain his side again on Thursday, but a positive outcome in the test for the Covid-19 means he will not feature in the game. Provider for the only goal Burkina Faso has scored, the game against Cape Verde would have been an opportunity for him to add to his numbers. This could have also been a game his trickery and fast feet brings a positive result to his team. But the Aston Villa man will hope his side can do it all in his absence.

Leeds United face the heat as rival clubs make big moves in the transfer market
How can Newcastle United fortify their defence in bid to survive?
To Top