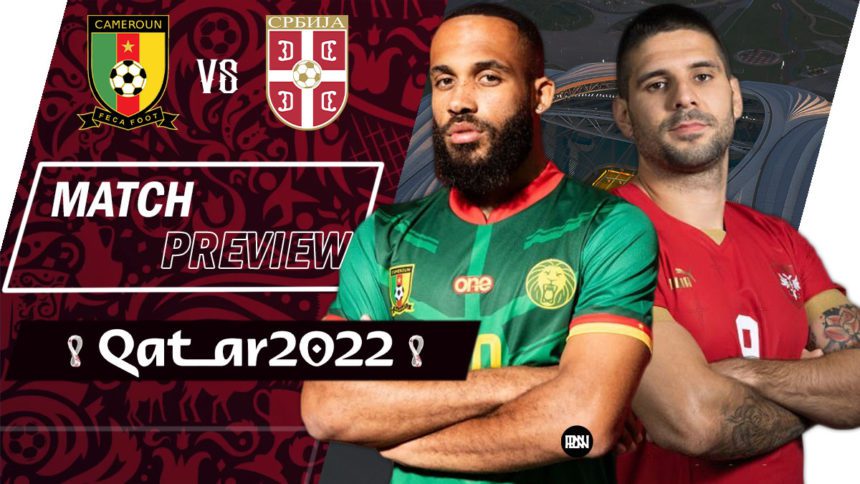 As the second round of the 2022 FIFA World Cup is underway, several teams have a make-or-break game on their hands. Two of those sides are Cameroon and Serbia. The Group G encounter between the teams serves as an important fixture as both teams lost their opening encounter. Switzerland edged past Cameroon by a goal to nil, while Serbia were thoroughly beaten by Brazil.

Serbia have an admirable squad at their disposal with several players carrying the potential to cause problems for their opponents. They were termed as dark horses, but their performance against Brazil was rather timid. The odds for Cameroon, meanwhile, weren’t bright at the start of the tournament, as they were tied in a tough group and will go into this game as second favorites. This match is certainly a do-or-die, so both teams will undoubtedly give their best to keep their hopes of qualifying alive.

Cameroon did not suffer major injuries from their first game despite Napoli star Andre-Frank Zambo Anguissa being seen in discomfort towards the end of the match. Elsewhere, Bryan Mbuemo should start upfront alongside Toko Ekambi and Erik Maxim Choupo-Moting.

As for Serbia, the surprise exclusion of Dusan Vlahovic against Brazil stole the headlines. The Juventus striker was carrying a knock ahead of the World Cup and his team missed his ability up top last time out. However, he should be back in the mold and start alongside Aleksandar Mitrovic, who himself returned to the pitch after suffering an ankle injury for Fulham a month earlier. Filip Kostic was also on the bench, and like Vlahovic, the manager Dragan Stojkovic should name him in the starting 11. One of Gudelj or Sasa Lukic could give way for Vlahovic, while Kostic could replace Filip Mladenovic.

Cameroon struggled to penetrate through Switzerland’s defense. While their backline was solid, the goal they conceded would have disappointed the manager – Rigobert Song. Contrary to their opening game, the African nation like to hold the ball and are a free-scoring team. Their forwards are excellent and they often possess threats from wide areas. Toko Ekambi in particular will start from the left but stay closer to the striker and is a dangerous presence in the box. Like Serbia, we can expect Cameroon to implement a direct and attacking strategy, which should make the game exciting watch from a neutral’s perspective.

Serbia, meanwhile, have played a 3-4-1-2 formation under Stojkovic, but he shifted to a 5-4-1 system against Brazil to limit their threat. Moreover, he left two of Serbia’s key players – Vlahovic and Kostic on the bench, which was questionable, but the focus on stopping Neymar and Vinicius paid off in the first half. Despite their discipline, they were ousted by Brazil in the second half, and before the manager could bring on his substitutes, the game went out of reach thanks to Richarlison’s stunning scissor kick.

Having said that, Serbia are expected to revert to their regular shape with Dusan Tadic in the half spaces and Sergej Milinkovic Savic operating deeper. Tadic in particular will benefit from the overlaps by the wing-backs while Mitrovic and Vlahovic could feast on crosses by Kostic and Zivkovic. It will be interesting to see how Serbia will approach this game, provided the stakes, but we can expect an attacking strategy compared to the last game.

Serbia’s Aleksandar Mitrovic has been on fire for club and country. The Fulham talisman has scored nine goals in the Premier League, but his all-round play has been a key factor for Fulham’s solid season so far. He has also scored for fun in the Serbian colors and has clocked 50 goals for his country in just 77 games. The team revolves around him and alongside Vlahovic and Tadic, Mitrovic has the potential to deliver on the big stage.

As for Cameroon, only Bryan Mbeumo represents the Indomitable Lions from the Premier League. Mbuemo has been a revelation for Brentford and has formed an excellent partnership with Ivan Toney, but he is a new arrival for Cameroon as he switched nationalities at the start of the year. He has only made four appearances, but we have seen what the 23-year-old is capable of in the Premier League. Zambo Anguissa – the former Fulham man is another player to watch out for. The current Napoli player forms a vital part of Cameroon’s midfield and is known for his hold-up play and ability to breeze past opponents in possession. 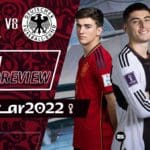