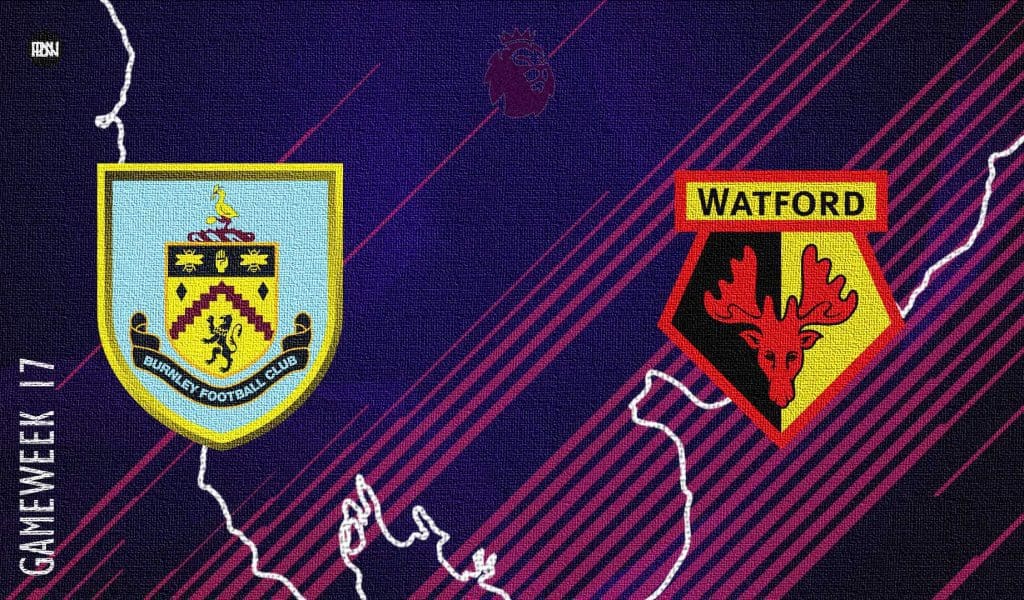 Burnley will be back in Premier League action for the first time since January 2, hosting Watford at the Turf Moor on Tuesday, January 18.

Just like Burnley, Watford are also struggling upon their return to the Premier League, as they find themselves without a win in their last eight matches across all competitions.

The Hornets held Newcastle to a 1-1 draw over the weekend  Joao Pedro scored late in the game to salvage a point for Claudio Ranieri’s men.

Burnley are rocked-bottom of the league table after taking just 11 points from their opening 17 games in the top-flight. Sean Dyche’s side has won just one game all season, coming against Brentford back in October.

Since then, the Clarets have struggled to find a good run of form as they only managed four draws since that win over Brentford.

A game against Watford could be the opportunity Burnley so much need to pick up their best run of form with interesting fixtures lined up for them.

After the game against Watford, the Clarets face Norwich City, West Ham United and Brighton & Hove Albion in their next three games.

Watford’s draw over the weekend means they are just a point above the relegation zone and Ranieri would have a lot of work to do if he does not sort out the challenges in his team.

If Burnley are struggling, it’s quite understandable as Dyche’s team have had some notable injury concerns. Going into the game against Watford, the team could be without Johann Gudmundsson, Nathan Collins, Dwight McNeil, Charlie Taylor, Erik Pieters, Connor Roberts and Matej Vydra. Maxwel Cornet’s absence is due to the ongoing Africa Cup of Nations while Ashley Barnes will also sit out.

Watford on the other hand also have injury concerns in their team. Kwadwo Baah and Ismaila Sarr are out due to injuries while the AFCON has taken the attention of William Troost-Ekong, Adam Masina and Imran Louza.

Burnley may have won their last three games against Watford across all competitions with the Hornets winning only one (one draw as well), but Tuesday night’s fixture is far from the past games we have seen. Both teams seem to be struggling but Watford have fared better as compared to the Clarets.

Watford have failed to score a goal in the last three games against Burnley but that could be about ending following the likely involvements of Joshua King and Emmanuel Dennis with Pedro supporting them in the attack. The trio have been directly involved in 24 league goals already this campaign and have been the driving force for Watford. Pedro was in sight against Newcastle but the game against Burnley will need all three firing if Ranieri’s side are to walk away with the maximum points.

Burnley losing Chris Wood is a huge blow but it would now be the turn of the defence to help the team considering the departure of a key goalscorer for the rest of the season until a replacement can be brought into the team in time.