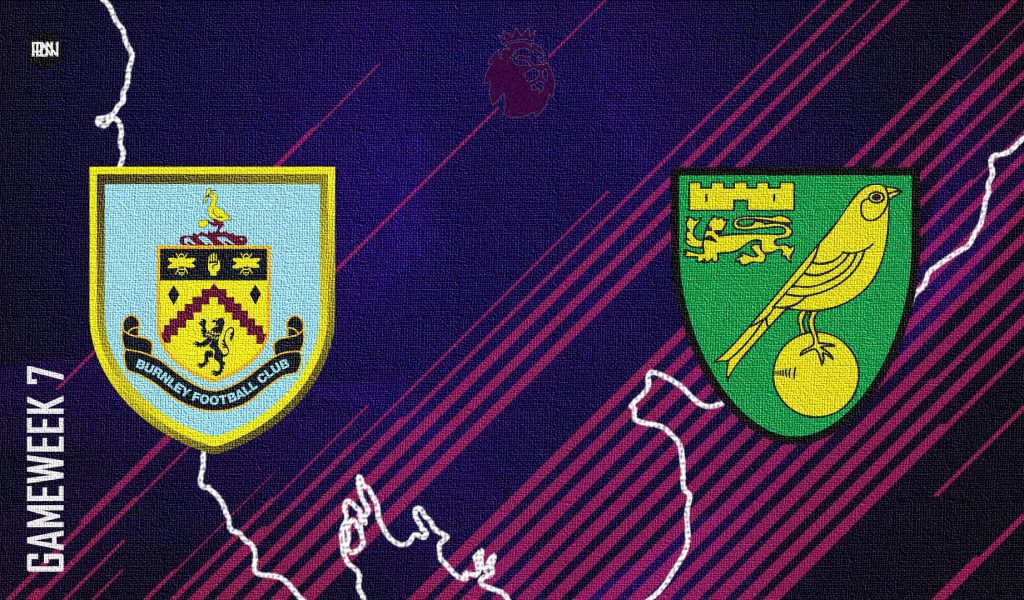 This weekend Burnley will face Norwich City at the Turf Moor Stadium and aim to turn their fortune around with a convincing win against Daniel Farke’s team who has struggled defensively as well as in the attack.

Burnley were denied their first win of the season, with two comeback goals from Jamie Vardy’s brace last weekend against Leicester and forced both clubs to settle for a 2-2 draw that leaves the Clarets in 19th position on the league log. The inclusion of former Lyon’s winger Maxwel Cornet in the team starting line-up made an impact against the Foxes as he was on the scoresheet in the 40th minutes (with an assist from Matej Vydra) before being substituted for Johann Berg Gudmundsson by reason of a hamstring injury which Cornet sustained during the game.

Going into their upcoming match on Saturday, English midfielder Josh Brownhill says: “It’s going to be massive,” said the 25-year-old. “Both of us are without a win this season so for us we’re definitely hungry to get it. We’re at home, we’ve had some good performances, so hopefully when we play against Norwich, we’ll get the three points.

“There’s definitely confidence, we’ve got some really good players, the performances have been really good, but it’s a lack of concentration when not seeing games out. I don’t think there’s anything to worry about, Burnley have been in the Premier League for many seasons now, we’ve always gone through spells of not winning or not picking up many points, but we always come good at some point.

“We’re not far away from that first win and once we get it, I’m sure they’ll all come flooding in.”

Burnley’s determination to get their first win of the season could compound Norwich’s woes which have seen the bottom of the league club without a win in their last 16 topflight league games. Norwich City’s poor run of games couldn’t be broken last weekend as they were humbled by Everton with a 2 – 0 defeat at Goodison Park. Daniel Farke’s side remains at the bottom of the league table while their poor outing hasn’t shown any signs of ending anytime soon.

Johan Berg Gudmundsson and Ashley Barnes’ availability for selection on Saturday has been a boost for the Claret who’ve had to see their summer record signing Cornet being replaced in the first half against the Leicester, after his stunning strike. While Jay Rodriguez, Matej Vydra, Conor Roberts, Dale Stephens and Kevin Long are unavailable base on various injury worries.

Przemyslaw Placheta and Sam Bryam are still not back in contention for the upcoming match, but there seems to be an outside chance to see the return of some key players like Todd Cantwell (who missed the last two matches with a personal problem), Christoph Zimmermann (hoping to shake off his ankle injury), Billy Gilmour and Milot Rashica.

Burnley taking up the aerial route once again!

The fact that Norwich City has the lowest expected goals total 5.3, with the least shot conversion rate of 3.3% in the league shows how toothless and ineffective they’ve been in attack. This unimpressive (Norwich) stats needs to be exploited by the Clarets by having more bodies in the attack, considering how fast and swift they are in transition.

Playing at Turf Moor stadium has never been an easy feat for any club, especially those with the intent to keep the ball on the ground like Manchester City, Arsenal, Chelsea, Norwich, and the likes. Moving the ball quickly into attacking positions would undoubtedly be an Achilles hill for the Canaries which gives more advantage for Burnley to wreak havoc through their usual aerial threats, having players like Barnes and Wood in attacking areas to nod the ball into dangerous paths.

Both players’ presence will be too much for Gibson and Hanley to handle if they are to compete in aerial and physical duels.

Despite Burnley’s loss of Cornet to injury, McNeil’s role against Norwich will be very vital to the team’s success. The Englishman is a highly skilled player with the ability to get dangerous crosses into the box. His pace, trickery and athleticism would cause a lot of problem for Norwich (and tends to limit Aaron’s attacking influence).

Teemu Pukki has shown his goal scoring competence in the league despite been starved of goal scoring chances. The Finnish forward had already converted two goals thus far, and his goal tally could increase against Burnley considering the likely return of Todd Cantwell, Milot Rashica, and Gilmour. While a change of formation to back four with the imminent return of Christoph Zimmermann could enhance stability, cohesion and improve their chance creation which will give Pukki more angles to hurt the Clarets inside or around the box.